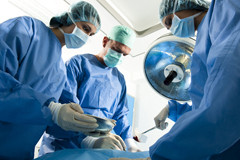 Most reputable companies that provide services tell you what you’ll get for your money. Hospitals are an exception. They haven’t traditionally made public the cost of operations and other procedures. This secrecy has let hospitals set widely different prices for the same procedure. It’s also made it impossible to do any comparison shopping.

Yesterday’s release to the public of a once very private database shows just how big the differences can be from hospital to hospital.

According to The New York Times, the Keck Hospital of the University of Southern California charged an average of $123,885 for a major artificial joint replacement (six times the average amount that Medicare reimbursed for the procedure) while Centinela Hospital Medical Center, also in Los Angeles, charged $220,881 for the same type of joint replacement surgery.

The database, released by the Centers for Medicare and Medicaid Services, details what 3,300 hospitals charged for the 100 most common treatments and procedures in 2011.

The data reinforce the big differences in charges from one part of the U.S. to another. What’s new and surprising are the huge differences sometimes seen between hospitals in the same city, or even the same neighborhood.

Keep in mind that these “charges” aren’t hard and fast. Medicare doesn’t pay the full charge. Insurers don’t either, as many of them negotiate lower charges. As NPR’s Robert Siegel said about the database, “it sounds like what you’ve got is a survey of the sticker prices in car lots all around America, but every deal is a special deal.”

At least for now, the database isn’t especially easy to use. It’s just an Excel spreadsheet listing the hospitals by state along their charges for the 100 procedures. The Washington Post created a nifty interactive tool that you can use to look at charges in your state for 10 conditions. Choose your state and the tool shows how its hospitals stack up against the national average, as well as the highest and lowest charges for these ten procedures. Expect other creative apps incorporating this information to be coming along soon.

If you decide to dive into the data, be aware—especially if you have private insurance (not Medicare)—that appearances can be deceiving. It may look like Hospital A charges more than Hospital B, but that may not be so. Your insurer and Hospital may have actually agreed on a lower payment. So the data don’t necessarily say what your insurance company is actually going to pay.

A few weeks ago, I finally finished reading “Bitter Pill,” Steven Brill’s extraordinary Time magazine article on the crazy cost of healthcare in America. I say “crazy” because, according to Brill, how hospitals set their prices has little rhyme or reason. The database from the Centers for Medicare and Medicaid Services reinforces that notion.

Publishing this information is one small step toward making the cost of healthcare more transparent. While it will be a long time before most of us will be able to figure out how much an operation or a hospital stay costs, the database could nudge hospitals with exorbitant charges to bring them in line.

It is a good thing that a database has come up that compares the medical cost for similar kind of treatments by different hospitals. Thus we can compare the prices and then opt for the one that is beneficial to us. Treatment can be done for any sort of problem from behavioral problems like anger management to major diseases like Cancer and tumor.