My fall last fall: Reaction time and getting older 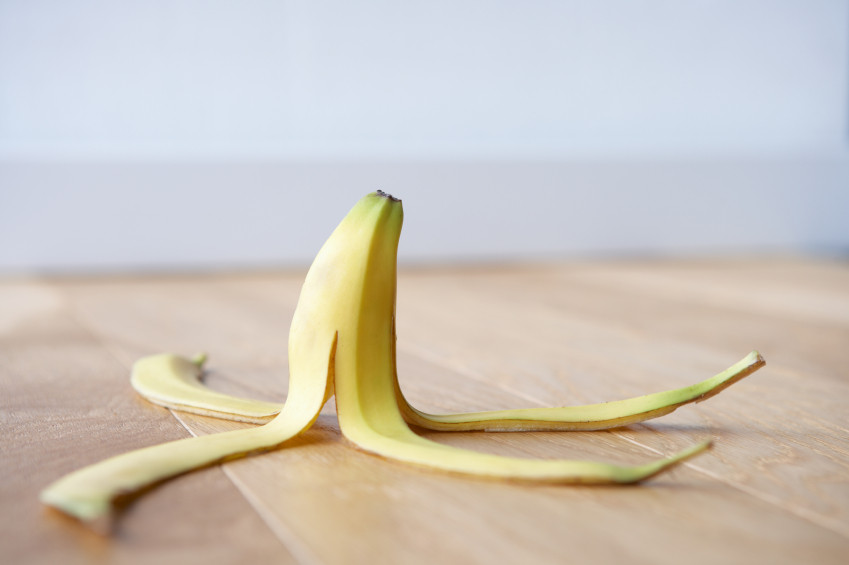 I remember it like it was just last year — because that’s when it happened. I found myself on the ground with a separated shoulder. I’d gone for a run, wasn’t paying attention to the terrain, and tripped over a rock. And down I went.

Now, all this time later, I’m still struck by something odd: although I’d taken an occasional tumble while jogging over the years, I’d never had more than a skinned knee — so why did I fall so hard that time? And that got me thinking: why do falls tend to cause more serious injuries as we age?

The trouble with falling

As I looked into the connection between aging and fall-related injuries, I was reminded of a joke I heard about an elderly man who was being evaluated for repeatedly falling: he said, “It’s not the falling that bothers me — it’s the landing.” And there is wisdom to his reply — how we land as kids when we trip and fall is very different than how we land in older adulthood. One obvious difference is that the distance and the force are greater: we’re larger as adults and we’re falling from a greater height. But there’s another important difference. As kids, we often “catch ourselves” before landing too hard. An outstretched hand, a quick turn of the body, or grabbing a nearby railing can mean the difference between a minor scrape and a broken bone.

It may come as no surprise to learn that reaction times tend to slow as we age. Researchers had observed this phenomenon in several older studies, but recently, it was put to the test once more in a more high-tech fashion. The study used a Nintendo Wii computer system to compare reaction times of people ages 25 to 35 with those 65 and older. Each volunteer had to react to a visual signal by “hammering” the keyboard in front of them or stepping on a keyboard in front of them. The findings were striking: the older adults had significantly slower reaction times.,

In addition to slower reaction times, older individuals tend to have poorer coordination and reduced force and speed of movements.

Why does this happen? It’s a combination of age-related changes in the brain, slowed signals from the brain to nerves and muscles, reduced flexibility of joints and tendons, and weaker muscles. In addition, older individuals tend to have less accurate awareness of their extremities’ position in space. These changes conspire to increase the likelihood of falling and to reduce one’s ability to make quick adjustments if a fall does occur.

Falls are not just falls

When an adult falls and has an injury, the first order of business is to assess the severity of the injury and treat it. That part is often the easiest (although a hip fracture or a head or neck injury can be devastating). The next step may be more challenging: figuring out why the fall occurred. Sometimes it’s obvious, such as stepping onto an icy or uneven sidewalk. But, when falls are recurring or seem to happen without an obvious reason, sorting out the cause takes time and judgment. Medications, heart problems, and nerve diseases are just a few of the reasons people fall. When a specific cause can be identified, interventions can help prevent falling in the future.

What can be done?

Clinical studies have observed a reduced rate of falling in older individuals after participation in exercise programs focused on balance, strength, flexibility, and stamina. However, few studies have specifically targeted reaction times. So, it’s possible – but unproven – that faster reaction times can be learned. Maybe we could use that Wii system described earlier to train older folks to react faster. If that’s possible, falling might become rarer and injuries more minor.

Other interventions that are commonly recommended to prevent falls and their complications include:

My shoulder is fine now, but it took weeks in a sling, months in physical therapy, and lots of exercises at home to get better. The fact is, I probably could have prevented the fall and shoulder injury I suffered last year if I’d paid more attention to the terrain and avoided tripping in the first place. But I have little doubt that my reaction time has slowed as I’ve gotten older. Is there anything I can do about that? Can we learn to hasten our reaction times or learn to “fall better”? I certainly hope so — for the sake of my own safety and the millions of others at risk of falling.