MRIs may be safe for people with pacemakers and ICDs 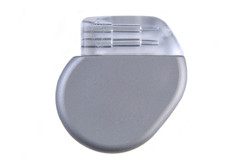 People with pacemakers and implantable cardioverter-defibrillators (ICDs) are often told that they can’t get an MRI scan. The worry is that the powerful magnetic fields and radio waves MRI scanners use might “fry” the devices, induce current so hearts would beat wildly or, in the case of ICDs, cause an unnecessary shock.

But these concerns are easing. A number of studies have shown that MRIs can be done safely if pacemakers and ICDs are temporarily reprogrammed so they don’t react to an MRI’s magnetic field. Is the risk of a problem absolutely zero? No. But it’s small enough so that if the proper precautions are taken (more on that below) it’s reasonable to see the benefit of the MRI scans as outweighing the risks.

But only a handful of medical centers offer MRI scanning of patients with pacemakers and ICDs. Study results reported in today’s Annals of Internal Medicine may help move MRI imaging of patients with implanted cardiac devices more into the mainstream. Large studies tend to be more persuasive, and this is the largest to date of MRI scans of people with implanted cardiac devices.

Devices were reprogrammed, patients were monitored

The study was conducted at Johns Hopkins and Rambam Medical Center in Haifa, Israel. Over a seven-year period that began in 2003, a total of 555 MRI scans were done of 438 people, 237 of whom had a pacemaker and 201 had an ICD. All the pacemakers were manufactured after 1998, and all the ICDs were manufactured after 2000. The vast majority (94%) of the scans were done at Johns Hopkins. Forty percent of the scans were of the brain, 22% of the spine, and 16% of the heart.

Reprogramming a pacemaker or ICD is relatively easy and can be done noninvasively through the skin with a wandlike device. In this study, most people’s pacemakers were put into the “inhibited pacing mode,” which means the heartbeat has to get very slow before the device activates and starts helping the heart beat regularly. The part of the ICDs that senses a racing, irregular heartbeat (tachycardia) was temporarily disabled. The 53 people in the study whose hearts were dependent on the pacemaker (as opposed to kicking into action when needed) had their pacemakers put into a mode that sets the device’s pacing at a fixed rate instead of varying with the heart’s rhythm.

During the MRI scan, the patients were carefully observed by a nurse trained in programming of pacemakers and ICDs and in advanced cardiac life support. The nurse continuously monitored the patients’ heart function and pulse with ECGs and oximeters.

First, the vast majority of patients had no problems.

Second, 3 of the 438 (0.6%) did have problem during the scan. Their devices overrode the temporary reprogramming for the MRI and went into a back-up mode. One of those patients had an ICD. The device didn’t deliver a shock, but the man did experience a pulling sensation in his chest. The other two patients had pacemakers but weren’t pacemaker dependent, so the fact that their devices went into back-up mode made no difference.

Third, some follow-up tests showed that the MRI scans had a slight but measurable effect on the pacemakers and ICDs. One possible explanation is that the scans heat up the wires, called leads, which are inserted into the heart to sense its activity. When those leads heat up, the cells around them may get damaged, so some of the interaction between the lead and the surrounding tissue is lost. But these changes were slight and did not require any reprogramming or replacement of the leads.

Cost could be a hurdle

I spoke to the lead author of the study, Dr. Saman Nazarian at Johns Hopkins, today. In addition to getting some explanation of the details of the study (there was a lot of jargon to sort through), I asked Dr. Nazarian about the main obstacles to more facilities providing MRI scans to people with pacemakers and ICDs. He said “resources” may be the main hurdle. In other words, money. If people with pacemakers and ICDs are to get MRI scans, a specially trained nurse—or a doctor—has to be present to reprogram the device and to respond in case of an emergency. That makes the scan more expensive. At Johns Hopkins, the additional cost has been largely covered through research grants, according to Dr. Nazarian. Whether Medicare and private insurers will pay more for MRIs for people with implanted cardiac devices has yet to be seen.

I also asked Dr. Nazarian about Medtronic’s new “MRI-safe” pacemaker, which the FDA approved earlier this year. He said he was a big fan of the device and that it should make reprogramming simpler and MRIs safer for people who have them. Going forward, MRI-safe pacemakers (other companies are developing them) may become the rule, rather than the exception.

But that will still leave many, many people with older pacemakers and ICDs that may not be “MRI safe” but for whom MRI scans can be made reasonably safe if the devices are reprogrammed and patients are monitored carefully.

Outcomes should be tracked

Drs. Matthew Reynolds and Peter Zimetbaum, both at Harvard-affiliated Beth Israel Deaconess Medical Center, wrote an editorial about the MRI study that was published in the same issue of the Annals. They made the good point that as more centers start to provide MRI scans of people with implanted cardiac devices, outcomes should be tracked so that particular leads, pacemakers and ICDs that “appear more or less risky” can be identified.