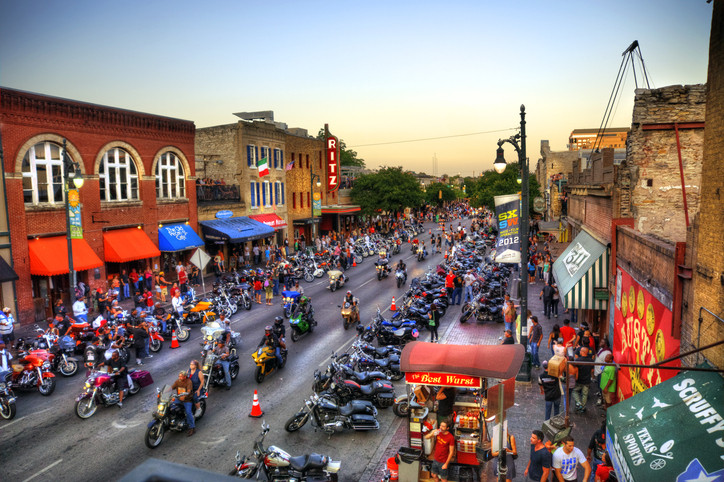 It’s an old and morbid joke, particularly apt in hospital emergency rooms: What do you call someone on a motorcycle speeding past you on the freeway? An organ donor.

It’s not funny, of course. But that sad, dark humor appears to have a kernel of truth in it, according to a study in JAMA Internal Medicine that suggests large motorcycle rallies modestly increase organ donation.

Why did researchers decide to study this?

Strong evidence shows that motorcycles are riskier than other modes of transportation, especially if the operator is driving recklessly, not wearing a helmet, or under the influence of alcohol or other drugs.

Yet in the past 20 years, the number of motorcycles registered in the US doubled from 4.3 million to 8.6 million. Motorcycle rallies are popular as well: in 2022, more than half a million people attended the largest motorcycle rally in the world in Sturgis, South Dakota. And that’s actually about 200,000 fewer than had attended in some years.

With so many people on motorcycles converging in one place, researchers wondered whether fatal accidents might rise — and whether that might temporarily increase the rate of organ donation.

Their study threw the net wider than the Sturgis rally. Focusing on towns and cities that hosted major motorcycle rallies in the US between 2005 and 2021, the researchers tallied fatal motor vehicle accidents that led to organ donation and transplantation. Then they compared the numbers to rates four weeks before and after rallies in those places. They also looked at rates in parts of the country where no rallies occurred.

On average, a single organ donor can provide three to four organs for transplantation, including kidneys, liver, and heart. That’s why choosing to be an organ donor can change many lives.

The study suggests that more accidents — and more organ donations — occur on days when large motorcycle rallies are held. But there’s a lot we don’t learn that might put study findings in a different light. For example:

The answers to these questions could help guide rally organizers improve the safety of these events.

In my view, this remarkable study has several take-home messages.

First, motorcycle rallies are associated with an uptick in fatal motor vehicle accidents. Knowing this, rally organizers, local leaders, and health care providers should act to improve safety and prepare for an increased number of crash-related injuries. At a minimum, rally participants should be encouraged to wear helmets, and discouraged from reckless driving or driving while under the influence of drugs or alcohol.

In addition, this study suggests motorcycle rally organizers should incorporate organ donor sign-up programs into these events. Doing so could increase the number of organs available to those in need of organ transplant at a time when there are significant shortages. It might even encourage people to ride more safely.