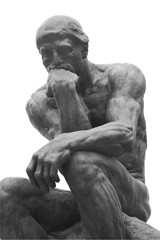 One treatment that can help relieve depression and other mental or emotional problems is cognitive behavioral therapy. It guides individuals to change what they think. A related approach, called metacognitive therapy, helps individuals change how they think. Some preliminary but promising research suggests that metacognitive therapy may be useful for people with attention deficit hyperactivity disorder (ADHD).

Like other therapies before it, metacognitive therapy asks you to step back from specific thoughts and instead understand your thinking style. Changing your patterns or style of thinking could have a broad impact on how you manage your life. It can even help you acquire psychological tools that are both flexible and useful.

People with ADHD often have difficulty planning or carrying out tasks. For them, the goal of metacognitive therapy is to improve organization skills, planning, and time management.

In one study, researchers at the Mount Sinai School of Medicine recruited 88 adults with ADHD; most had no other psychiatric problems (like substance abuse) that are so common in people with ADHD. Half of the volunteers were randomly assigned to a metacognitive therapy group and half received supportive group therapy. There were 12 weekly sessions.

People in the metacognitive therapy group started by learning specific skill sets, such as using a daily planner. Then they learned broader thinking skills to help them organize and perform a complex project. Those assigned to supportive therapy received encouragement and reinforcement of productive behaviors.

The researchers defined “improvement” as at least a 30% reduction in ADHD symptoms. By that measure, 19 of 41 (42%) participants who completed the metacognitive therapy improved, compared with five of 40 (12%) who completed supportive therapy. Those assigned to metacognitive therapy showed more improvement on measures of organization, ability to complete tasks, and other practical components of attention skill. The results were published in the American Journal of Psychiatry.

Metacognitive therapy is still relatively new. The theory underlying it was developed in the early 1990s by psychologists Adrian Wells of the University of Manchester and Gerald Matthews of the University of Cincinnati. Initially developed to help people with generalized anxiety disorder, it has since been used for social phobia, obsessive-compulsive disorder, depression, and even schizophrenia.

Keep in mind that metacognitive therapy is not yet a proven therapy. More research is needed on its effectiveness in different settings. The results of such studies will be interesting to see. But that means it doesn’t yet stack up to its elder cousin, cognitive behavioral therapy. And metacognitive therapy can’t be considered as a first line treatment for ADHD.

If you’re interested in metacognitive therapy, here is a more practical problem: This treatment is so new that you are likely to have trouble finding a therapist formally trained to do it. Any therapist, however, can take lessons from the work already done in this area. And you can almost certainly find clinicians with an expertise in ADHD who can help you with organization, planning and time management — those concepts are not new.

(This article is adapted from a column written for InteliHealth.com.)