Is "man flu" really a thing? 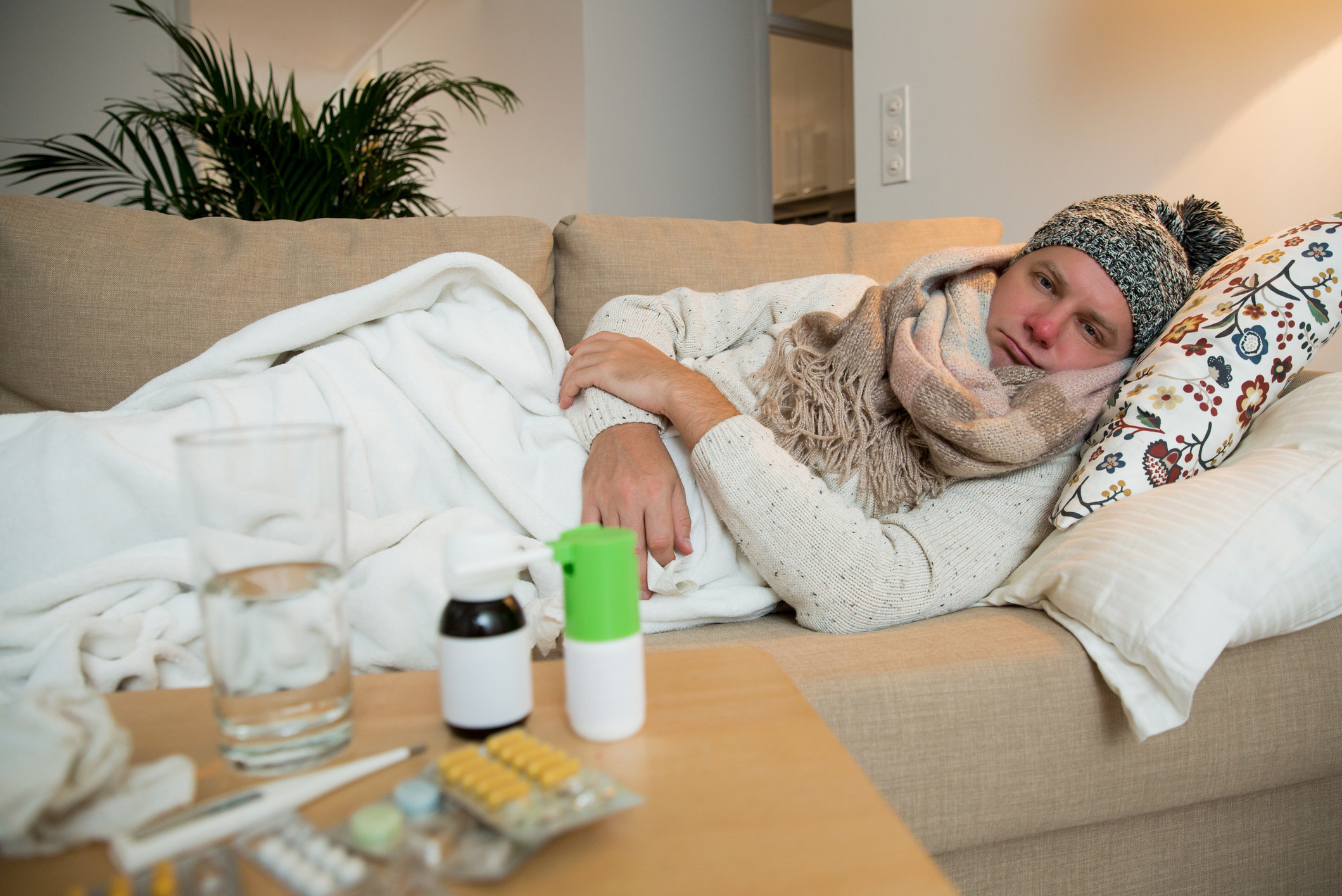 This one got by me. I’d never heard of "man flu" but according to a new study of the topic, the term is "so ubiquitous that it has been included in the Oxford and Cambridge dictionaries. Oxford defines it as ‘a cold or similar minor ailment as experienced by a man who is regarded as exaggerating the severity of the symptoms.’"

Another reference called it "wimpy man" syndrome. Wow. I’d heard it said (mostly in jest) that if men had to carry and deliver babies, humankind would have long ago gone extinct. But wimpy man syndrome? I just had to learn more.