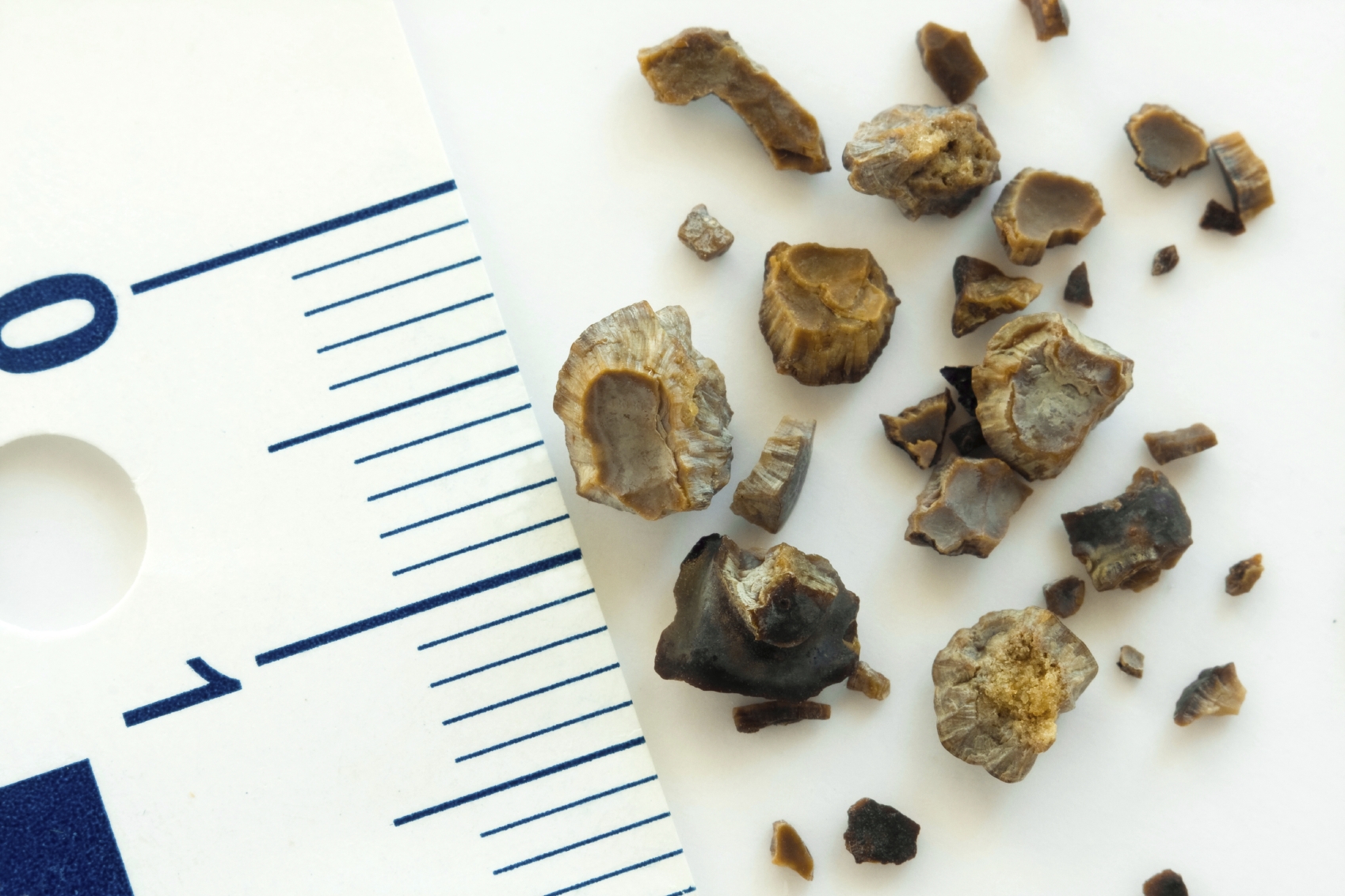 In the past, medical textbooks described the typical person unlucky enough to develop a kidney stone as a white, middle-aged, obese man who eats an unhealthy diet and doesn’t drink enough fluids. Those books may need an update.  A new study has found not only that the incidence of kidney stones is going up, but that they are also developing in people not considered high-risk in the past, including children, women, and African Americans.

Kidney stones develop when certain chemicals in the urine, such as calcium or uric acid, form crystals. Risk factors for stone formation include

While a specific cause may be impossible to identify, kidney stones are common, affecting about 19% of men and 9% of women by age 70.

Occasionally, kidney stones are discovered incidentally and pass on their own, never causing symptoms or needing treatment. But, when they become stuck somewhere, they can cause pain or blocked urine flow. They can become lodged anywhere in the urinary system, including the kidney, the ureters (the narrow tubes connecting each kidney to the bladder), the bladder, or the urethra (the passageway between the bladder and the outside world). As you might have heard, “passing a kidney stone” can be agonizingly painful — that’s usually when it’s become stuck in a ureter.

In addition to pain and urinary problems, kidney stones can also cause bleeding and kidney damage. They can increase the risk of a urinary tract infection and have even been linked to cardiovascular disease. So, the answer is — yes, they do matter.

A study just published in the Clinical Journal of the American Society of Nephrology describes an analysis of more than 150,000 people in South Carolina who experienced kidney stones at some point between 1997 and 2012. The study’s major findings were:

This study and past research have not been able to determine the reason kidney stones seem to be on the rise. The rising rate of obesity may be playing a role. Another possibility is climate change, as warmer temperatures encourage dehydration. The fact is, no one knows for sure.

What’s a person to do?

If you have symptoms of kidney stones, see your doctor or report directly to an emergency room. The most common symptoms are waves of pain in the back or lower abdomen, pain with urination, or blood in the urine.

If you’ve already been diagnosed with a kidney stone, it’s important to figure out why it happened (if possible) and take steps to avoid recurrence. See your doctor to discuss dietary measures and medications to take (or avoid). The details vary depending on the type of stone you had and the results of your blood and urine tests.

We need more research to understand the reason — or reasons — kidney stones are becoming more common. If we can figure it out, there’s a good chance we can find better ways to prevent them. Considering how painful and potentially dangerous kidney stones can be, prevention is key. Ask anyone who has had one: kidney stones are definitely worth avoiding if possible.