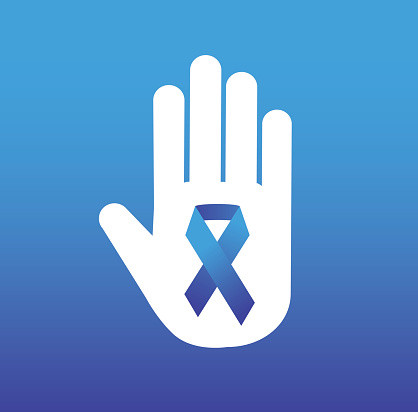 A recent blog post discussed a newly approved imaging agent with an unwieldy name: gallium-68 PMA-11. Delivered in small amounts by injection, this minimally radioactive tracer sticks to prostate cancer cells, which subsequently glow and reveal themselves on a positron emission tomography (PET) scan. Offered to men with rising PSA levels after initial prostate cancer treatment (a condition called biochemical recurrence), this sort of imaging can allow doctors to find and treat new tumors that they might otherwise miss. With currently available imaging technology, such tumors could potentially escape detection until they were larger and more dangerous.

But while gallium-68 PMA-11 is the latest PET tracer to win FDA approval, not everyone can get it. In the United States, it’s currently available only to patients treated at the University of California, Los Angeles, or the University of California, San Francisco, where the tracer is manufactured. However, two other PET tracers approved for prostate cancer imaging in the US are becoming more accessible.

In January 2021, a team at Stanford University published findings showing that one those tracers, called fluciclovine F18 (trade name Axumin), identified significantly more metastatic cancers than other conventional types of imaging. Axumin was approved in 2016, and these are among the first data to show how well the tracer performs in real-world settings.

The Stanford researchers reviewed medical records from 165 men who had been given Axumin PET scans between September 2017 and December 2019. All the men had biochemical recurrence, and 70 of them were also imaged with other technologies, including CT scans, bone scans, or MRIs.

Axumin PET scans outperformed all the other tests with respect to tumor detection. In all, 110 men had PET-detected metastases, and no one with a negative PET scan was positive for cancer on other imaging tests. PET imaging found cancer in nine of 31 men who had negative results on CT scans. Similarly, six of 31 men with negative results on an MRI had PET-detected tumors. The technology also detected skeletal tumors in one man with a negative bone scan.

Importantly, tumor detection rates were greatest for men with high and rapidly rising PSA levels. That’s to be expected, since prostate cancer cells release PSA; as tumors grow and proliferate, PSA levels will rise in tandem. In fact, prior research shows that Axumin PET scans are unlikely to detect cancer if PSA is less than 1 nanogram per deciliter (ng/mL) in blood.

Positive PET scans also led to treatments that doctors might not have started if only negative findings with other imaging tests were available. Most of the 102 men who were subsequently treated got radiation delivered specifically to the tumor sites, in some instances combined with drugs that block testosterone, a hormone that speeds prostate cancer growth.

The study had some limitations, including that it was conducted at only one facility. Furthermore, in only seven cases were PET findings confirmed by a pathologist’s review of removed tissue samples. That’s because in most cases, the detected lesions were too small — less than a centimeter in size — to biopsy. PET-detected cancers were confirmed instead by declines in PSA after treatment.

“Axumin scanning, along with newly developed gallium scanning, is changing the way in which prostate cancer is staged and ultimately treated,” says Dr. Marc Garnick, the Gorman Brothers Professor of Medicine at Harvard Medical School and Beth Israel Deaconess Medical Center, editor of the Harvard Health Publishing Annual Report on Prostate Diseases, and editor in chief of HarvardProstateKnowledge.org. “The increased sensitivity of these new scanning technologies is both identifying patients with metastatic disease who otherwise would have been considered to be free of metastases, as well as helping to confirm the absence of metastatic deposits. Both situations will alter that way in which treatment decisions are made, and this will provide more precision in terms of what we can offer our patients. These new technologies are good news for doctors and patients alike.”