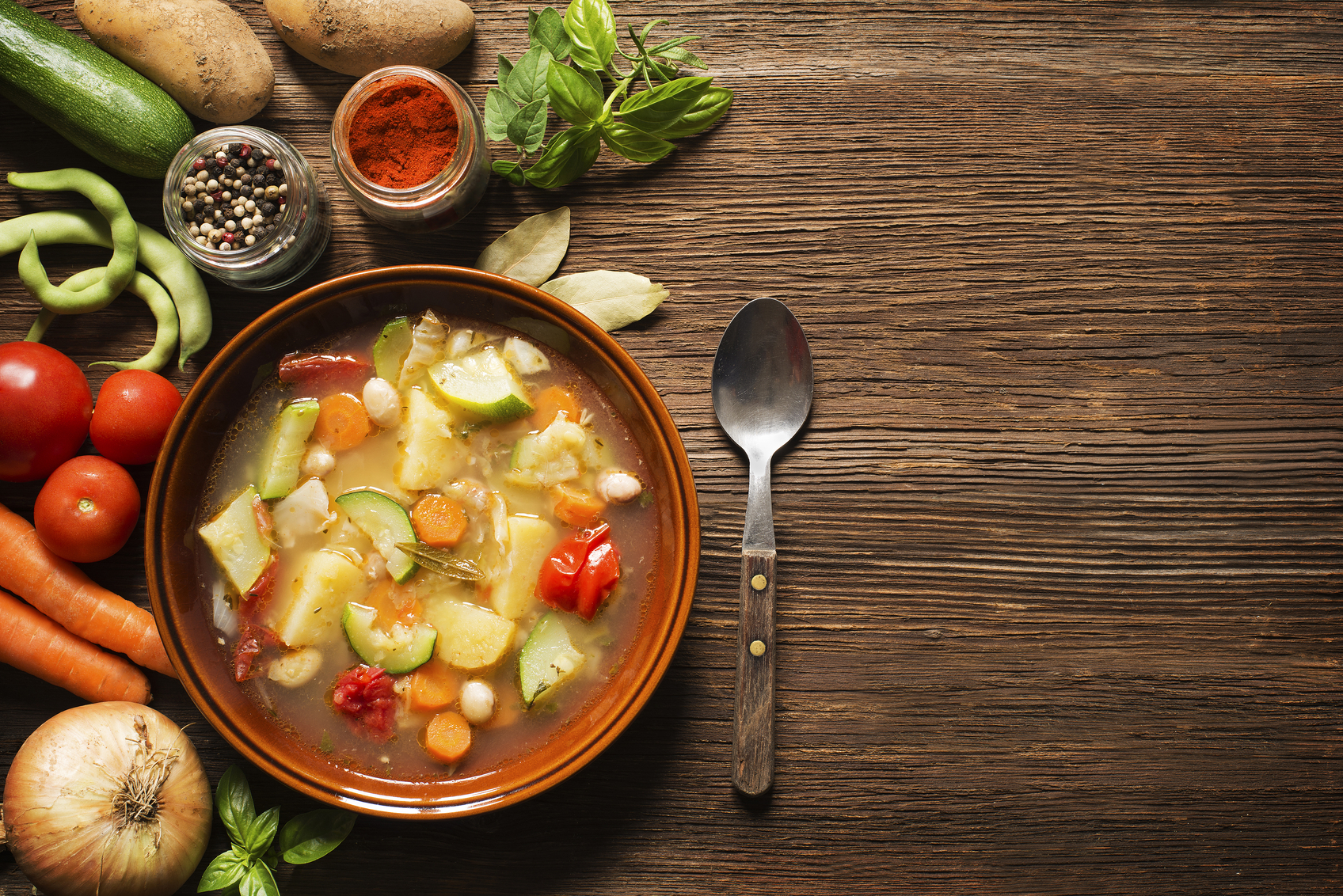 I come from a long line of skilled soup makers. In the late 1800s, my great-grandmother Enrichetta Cavagnolo, newly arrived from northern Italy, was a soup chef at Delmonico’s in New York City. Enrichetta’s daughter and granddaughters (my grandmother, mother, and aunts) were talented soup makers as well, to the delight of our well-fed family.

But the soup-making gene seemed to skip me. I was never interested in boiling bones for broth, chopping mounds of vegetables, and stirring soup — with love — for hours. It was too much fuss, I thought — until I learned the shortcut.

Turns out, making a delicious batch of soup doesn’t require homemade bone broth or all-day simmering. Just boil your favorite vegetables and spices in some water and low-sodium (store-bought) soup stock. There’s no right or wrong combo of ingredients; it’s whatever appeals to you. Want a small batch? Use two cups of liquid. Want a big batch? Use four. Add more liquid to make it soupier, or less liquid to make a stew. Boil, add the ingredients, and you’re in business in about 20-30 minutes.

It’s also easy to go a step further, and make soup a complete meal. “Add protein such as lentils or beans, fish, extra-lean beef, turkey, or chicken,” says registered dietitian Kathy McManus, director of the Department of Nutrition at Harvard-affiliated Brigham and Women’s Hospital. She recommends increasing the nutrient power and fiber by adding as many vegetables as possible, such as peppers, asparagus, broccoli, spinach, onions, and carrots.

Knowing the shortcut is important in an age when soup tops the list of culturally cool comfort food. It’s featured in trendy soup “bars,” tiny take-out windows, and all varieties of grocery stores. While it’s tempting to skip the stove and buy prepared soups, you should note that they often contain preservatives and other unhealthy ingredients. In particular, be on the lookout for these:

McManus recommends avoiding prepared soups for the most part. “They’re okay in a pinch and on occasion, as long as you set limits. Aim for less than 500 calories, 600 mg of sodium, 5 grams of saturated fat, and 5 grams of added sugar in a bowl of soup,” she says, “and cut that in half for a cup of soup.”

It’ll take some detective work to stick to those limits and find healthier prepared soups. Look at the nutrition information on a restaurant’s menu or website, or on a product’s Nutrition Facts label. If it’s too much work to hunt down healthy soups, then consider making the soup from scratch, like I do now. You’ll find some healthy soup recipes to get you started here. You can control the ingredients, and you can give it your own special flair. And trust me, it doesn’t take a soup-making pedigree to be good at it.