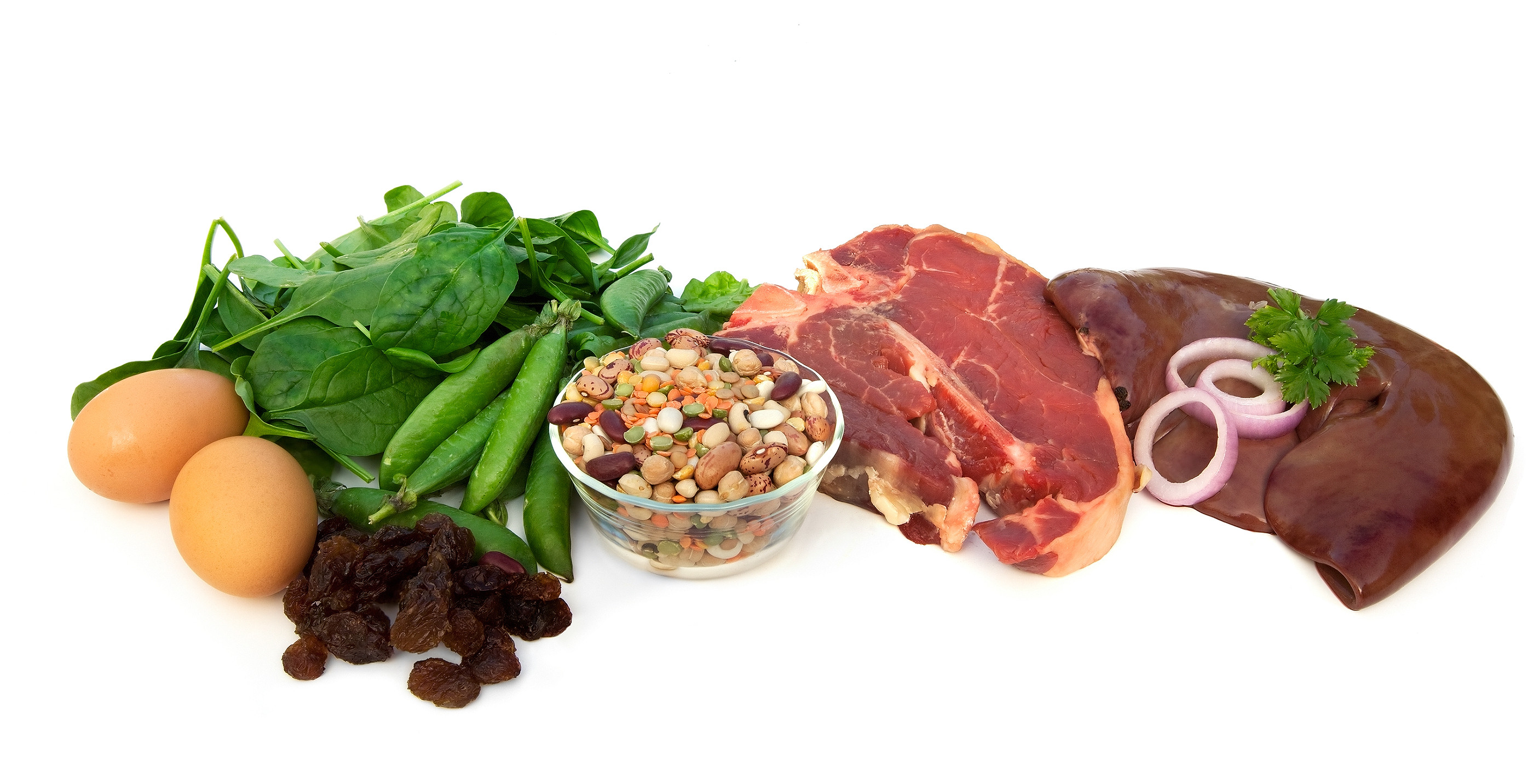 An article in this week’s Journal of the American Medical Association (JAMA) focuses on what happens to iron stores in the body after donating blood. As many as one-third of regular blood donors have too little iron in their bloodstreams. According to the article, it can take up to six months to replenish the body’s iron after donating a unit of blood—significantly longer than the recommended 8-week waiting period between deposits at the blood bank.

The article made me wonder about the basics of iron health. How much of this stuff do we need? How do we get it? If you always feel pooped, how likely is “iron poor blood” to blame?

One-quarter of the world’s population is anemic, meaning they don’t get enough iron to produce the red blood cells and oxygen-carrying hemoglobin needed to nourish their myriad cells.

In developed nations like the United States, iron-poor blood is uncommon. Anemia attributable to iron deficiency affects perhaps 1% to 2% of American adults. “Because our country usually has a problem of eating too much, most adults meet the minimum requirements for iron intake,” says nutrition researcher Howard Sesso, an associate professor of epidemiology at Harvard Medical School.

The average American man harbors about 3.5 grams (one-eighth of an ounce) of iron in his body. The average woman has about 2.5 grams.

Where do we keep this iron? Roughly 60% of it is held by the oxygen-carrying hemoglobin protein in red blood cells. The next largest storehouse is ferritin, a protein that latches onto iron and sequesters it in the liver, spleen, and bone marrow. When the body needs to draw on its iron account, it comes out of the ferritin bank.

Without enough stored iron, an individual can develop anemia. Symptoms include fatigue, loss of stamina, shortness of breath, weakness, dizziness, and a pale, unhealthy complexion. So precious is iron for your health that the body uses a protein called transferrin like a scrap metal collector to scrounge iron from old red blood cells before they are destroyed.

Most of us get the iron we need from food. Proponents of the Paleo or “cave man” diet should be cheered to know that red meat, poultry, and fish contain the most easily absorbed form of dietary iron—called heme iron. This is iron attached to the hemoglobin protein. The body absorbs heme iron more easily than the iron found in plants.

“In the typical American diet, the main sources of iron tend to be animal products,” Sesso says. “Typical meat consumption in the United States is usually more than adequate to meet one’s iron requirements.”

In plant foods, iron is not attached to such a protein. The body doesn’t absorb non-heme iron from fruits, vegetables, beans, and other plant foods as easily as it absorbs heme iron. That means those who eat little or no meat must take in more iron from leafy greens, legumes, whole grains, mushrooms, and other iron-rich plant foods. They also need to get enough vitamin C, which helps the body absorb iron from food.

The USDA recommends that women between the ages of 19 and 50 get 18 mg of iron a day, while women ages 51 and older and men 19 years and beyond need 8 mg a day. Moderate amounts of meat plus fruits and vegetables can provide that amount, helped along by the many foods fortified with iron and other vitamins and minerals, like milk, flour, and breakfast cereals. And half of all Americans get some iron from a daily multivitamin.

One caution about iron: If you don’ think you are getting enough iron, or feel pooped out and assume it’s your “tired blood,” you may be tempted to pop an iron supplement as insurance. But beware. The body does not excrete iron rapidly. That means it can build up over time and, in some people, becomes toxic. The genetic disorder hemochromatosis causes iron to build up in organs, causing heart failure and diabetes.

So don’t just prescribe yourself an iron supplement on a whim; ask your doctor if you need it.

Yes, you can donate blood if your iron is high. Iron is very important because it helps your body to make haemoglobin and you give away a lot of iron when you donate blood.