Healing from emotional trauma after the Marathon bombing 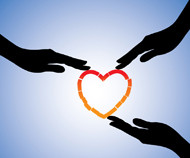 The bombs that exploded on Monday near the finish line of the Boston Marathon killed three people, physically injured nearly 200 others, and traumatized thousands more. Recovery and healing are beginning for the families of those who died, for the injured and their families, and for others touched by this tragedy. For some, healing will be swift. For others it will be measured in small steps over months, and possibly years.

The Marathon explosions will leave a legacy of emotional scars along with the physical ones, even among those who weren’t anywhere near the blasts. Those close to the explosions saw things humans aren’t meant to see—grievously injured children, shattered bodies, severed limbs. Others were traumatized from afar, sick with worry about loved ones running in the Marathon or cheering on runners near the finish line. For some, the explosions reignited the terror caused by the September 11th attacks.

The very nature of the Boston Marathon may also contribute to the emotional reverberations of the attack. The Marathon has traditionally been a day of joy and camaraderie. We celebrate the elite runners, and then cheer on thousands of ordinary folks trying to do something extraordinary. The bombing turned that into horror and anguish.

Some people who were at the scene of the explosions will undoubtedly develop post-traumatic stress disorder (PTSD). But PTSD is not the only response to frightening events. In fact, most people exposed to a trauma do not develop this condition. They may develop an anxiety disorder, for example, or become depressed. Most people do have some emotional response, but the majority develops no illness at all.

PTSD can be triggered by any traumatic experience that involves a significant threat—or reality—of death, serious injury, or damage to physical integrity. Or by an event, like this one, that inspires intense fear, helplessness, or horror. A person may experience the event directly, witness it, or be confronted with it in some other way.

For anyone touched by the Boston Marathon bombing, it’s useful to know a little about PTSD. Whether it is PTSD or not, the sooner symptoms are confronted, the easier it is to overcome them.

Hyperarousal. Individuals with PTSD become irritable, easily startled, and constantly on guard. They sleep poorly and have difficulty concentrating.

Re-experiencing or intrusion. The traumatic event involuntarily pops up in the mind as vivid memories, nightmares, or flashbacks. A person with PTSD may feel or act as though the traumatic event is happening again. Any object, situation, or feeling that reminds the person of the trauma can cause intense distress.

Avoidance and emotional numbing. Individuals with PTSD try to avoid feelings, thoughts, persons, places, and situations that evoke memories of the trauma. They lose interest in their usual activities. They feel estranged from other people and even from their own feelings.

A mental health professional should be able to review symptoms to help make a judgment whether or not PTSD is the central problem. The diagnosis is, in many cases, less important than focusing on symptoms that either undermine a sense of well-being or are obstacles to getting on with life.

Treating PTSD can be challenging. Part of the process involves confronting the painful memory, which most people would prefer to avoid. But pushing away the memory may only make things worse. It can emerge when you are under stress or let down your guard. The mental and emotional energy spent avoiding the memory can harm relationships and the ability to function.

No consensus exists about how best to treat PTSD. Various forms of talk therapy can help, and medications are sometimes used.

Cognitive behavioral therapy. This entails carefully and gradually “exposing” yourself, usually with the help of a therapist, to thoughts, feelings, and situations that remind you of the trauma. The purpose of the exposure is to support a person functioning better. It is generally not a good idea to simply reinforce memories, because that can reinforce the trauma. Instead, cognitive behavioral therapy for PTSD involves identifying upsetting thoughts about the traumatic event, especially those that are distorted or irrational, and replacing them with calmer or more realistic thoughts.

Family therapy. The effects of PTSD often spill over to family members. Family therapy can help in several ways: it can let your loved ones understand what you are going through, it can improve communication, and it can work on relationship problems caused by, or worsened by, PTSD.

Medication. Antidepressants such as fluoxetine (Prozac) or sertraline (Zoloft) can help with some of the symptoms of depression or anxiety if they are present. Sometimes other types of antianxiety medications are offered. It’s important to keep in mind that while medications can help you feel less depressed or worried, they don’t do anything to relieve the underlying cause of PTSD—your memories.

An interfaith service held yesterday at the Cathedral of the Holy Cross in Boston aimed to help the city and those victimized by the bombings begin to heal. Speakers included Boston Mayor Thomas Menino, Massachusetts Governor Deval Patrick, President Barack Obama, and clergy from many Boston congregations.

Coming together, and talking about what we’ve experienced, is one way to begin the healing process. In the words Boston’s Cardinal Sean O’Malley, we need to be “united in the resolve not to be overcome by evil, but to combat evil with good, working together to build an ever more just, free and secure society for generations to come.”

I designed a couple of techniques to help with stress, anxiety, PTSD, etc… The first one I call Two Hands Touching. The second one uses THT and I call it EZ Deletion Sequence. You can learn more at twohandstouching.com I would love to hear your feedback. Thanks