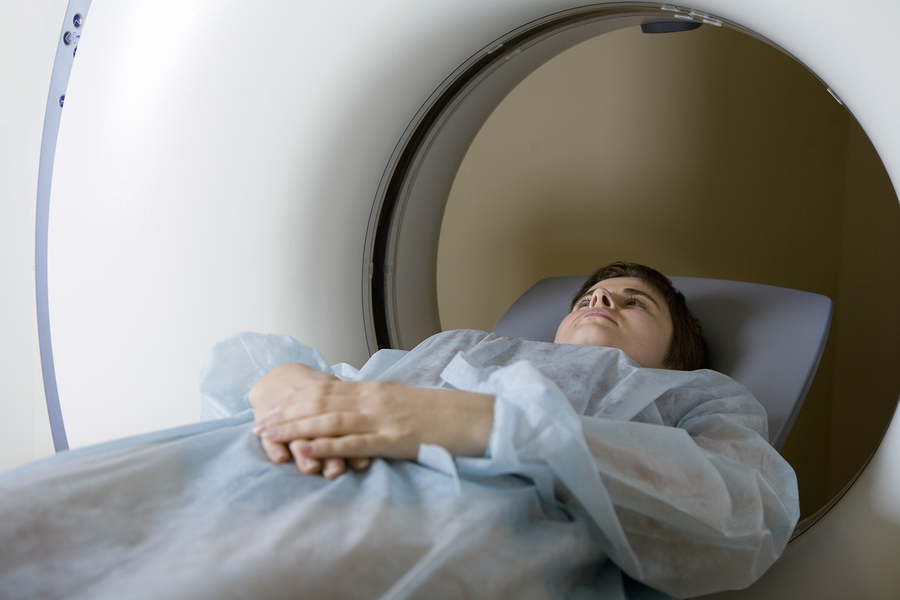 Severe headaches are a misery, whether they cause a dull ache or a steady, stabbing, or blinding pain. Writer and migraine sufferer Stephen King described a character’s migraine attacks this way in the novel Firestarter: “The headache would get worse until it was a smashing weight, sending red pain through his head and neck with every pulse beat. Bright lights would make his eyes water helplessly and send darts of agony into the flesh just behind his eyes. Small noises magnified, ordinary noises insupportable.”

The pain of even a severe headache rarely comes from something catastrophic like a tumor or a bleeding in the brain. But fear of such cerebral catastrophes often drives people to get brain scans. According to a report published this week in JAMA Internal Medicine, about one in 10 people who seek outpatient care for severe headaches ultimately end up having a brain scan with computed tomography (CT) or magnetic resonance imaging (MRI). Most of them find nothing wrong.

People struck with agonizing headaches from migraines and other causes often turn to brain scanning when they don’t get what they really want from doctors. “Actually, they want effective treatment, not scanning,” says Dr. Egilius Spierings, a neurologist at Harvard-affiliated Brigham and Women’s Hospital.

Some primary care doctors don’t know enough about the most effective treatments for migraine and other headaches, says Dr. Spierings. That means some people who have migraines don’t get the medications they need, or aren’t given enough information about how best to use them.

“The focus should be on getting effective relief when you have a headache,” says Dr. Spierings, medical editor of Headaches: Relieving and preventing migraine and other headaches, a Harvard Medical School Special Health Report. “If people get the right treatment, meaning the one that works for them, doctors don’t feel the need to do any neuroimaging.”

To get a handle on how many people with severe headaches get CTs and MRIs, Michigan researchers scrutinized data from the National Ambulatory Medical Care Survey on physician office visits. They tallied more than 50 million headache visits made from 2007 to 2010, about half of them for migraine. Brain scans were done about 12% of the time. The cost of these scans to the healthcare system was $3.9 billion ($1.5 billion for migraine-related scans).

Excessive brain scanning costs more than just dollars. Repeated CT scans expose you to enough x-rays to raise the risk of cancer down the road. Scans also tend to lead to more scanning if the test turns up something strange, even though many of these incidental findings turn out to be nothing especially dangerous. Out of all the brains scans done for headache, perhaps 1% to 3% will reveal something abnormal. And most of these “abnormalities” aren’t something to worry about, like a tumor or a bleeding artery in the brain.

Overuse of brain imaging for headaches is not exactly a news flash in the medical profession. In fact, the American Board of Internal Medicine’s Choosing Wisely campaign discourages neuroimaging for “uncomplicated” headaches. To do its part, the American College of Radiology included “Don’t do imaging for uncomplicated headache” on its list of five procedures that doctors and their patients should think twice about.

What drives the continued overuse of brain imaging, despite experts’ urgings? In part, it comes from a need to rule out rare but dangerous causes of headache when the usual tools fail to do that.

“If you go to the doctor with a bad headache a couple of times, and the doctor has given you a few drugs but the headache doesn’t get any better, you and the doctor will start worrying that this headache is from something else,” Dr. Spierings says. “If it’s not possible to rule out structural problem in the brain, then it’s an easy step to order an MRI.” Insurers usually pay for these scans, too—even though the vast majority of headaches aren’t caused by a tumor or other serious brain problem.

Many people who consult their primary care doctors because of severe and recurrent migraine headaches don’t actually get what they need—no pain, says Dr. Spierings.

It’s important to take migraine medicine as directed. “With migraine treatment you always need to treat right away, you have to make sure the dose is high enough, and you always have to repeat two hours later if the headache is not fully gone,” says Dr. Spierings.

Of course, all of these drugs have potential side effects, and the pros and cons should be weighed carefully. But they work for many people if they are used properly, Dr. Spierings emphasizes.

When to see a doctor

Headaches come in three varieties: Tension, sinus, and migraine. More than 95% of headaches aren’t caused by an underlying disease or structural abnormality. Instead, they spring from common conditions such as stress, fatigue, lack of sleep, hunger, changes in estrogen level, weather changes, or caffeine withdrawal. Most people don’t need a doctor visit or a brain scan. Instead, they need over-the-counter pain relievers (such as aspirin, acetaminophen, ibuprofen, and naproxen) or prescription medications, rest, and relaxation.

If you find yourself taking painkillers for headaches more than a couple of times a week, see your doctor. Red flags that signal the need for medical evaluation include: