Fourth of July grilling tip: Check for stray bristles after cleaning with a wire brush 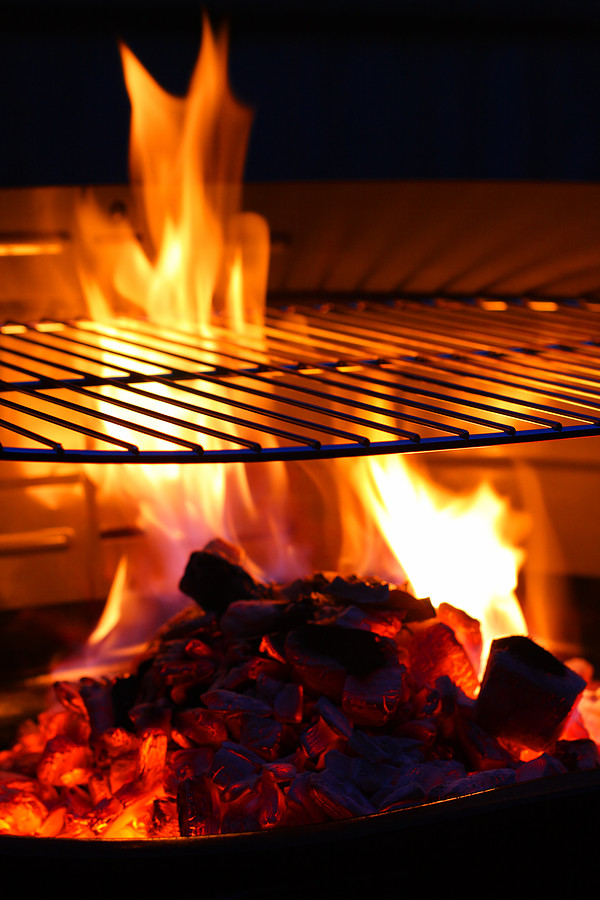 Like millions of Americans, I plan to fire up the grill today for a Fourth of July cookout. But I’ll be adding an extra step to my routine: checking the grate for bristles that may have fallen off my cleaning brush.

Over the years, a handful of reports in medical journals have chronicled injuries due to eating grilled food with a stowaway — a wire bristle from a grill-cleaning brush. Earlier this year, a team of Harvard-affiliated doctors described how they removed a wire bristle from a woman who went to an emergency room with pain in her throat that started after eating a chicken breast prepared on a grill.

In the summer of 2012, a nicely timed article by a team of Rhode Island emergency room physicians described six people injured by consuming grill-cleaning bristles hidden in grilled meat. Three had abdominal pain from wire bristles poking through the small intestine or colon. Three others had bristles stuck in the neck. All of the wire bristles were safely removed with open surgery or laparoscopy (“keyhole” surgery). The same team had published a report of six other cases earlier that year in the American Journal of Roentgenology.

Twelve cases from one medical center over a three-year period does not an epidemic make. But it’s enough to suggest that wire bristles end up in food wherever home grilling is going on — which means every city, town, and unincorporated area in the United States — but may not be suspected as the cause of post-barbeque neck or abdominal pain.

You are more likely to get food poisoning from eating undercooked meat, poultry, or seafood than from swallowing a leftover grill-cleaning bristle. So the first order of business for grilling is to follow safe grilling practices.

There are several ways to keep your grill bristle free. If your grill-cleaning brush has seen multiple summers, maybe it’s time for a new one. After you use a brush to clean your grill rack, use a towel or wadded up bunch of paper towels to wipe it down.

If you feel pain in your neck or abdomen after a cookout, let your doctor know you’ve recently had food cooked on a backyard grill.

According to the CDC article, the federal Consumer Product Safety Commission is reviewing data on injuries related to grill-cleaning brushes to see if “an identifiable pattern of product defect could pose an unreasonable risk for injury or death, necessitating a consumer warning, product recall, or other regulatory action.”

Whether you are grilling or not, all of us at Harvard Health Publishing wish you a safe and healthy Fourth of July.

Thanks for this useful information …

I think this article have changed our thought about eating grill.

information which is interesting to see

topics presented in this blog are very nice, interesting and useful ..
yes thank you for sharing, may be useful and do not forget to update continuously, gan.

Thank you for this useful information, God Bless.

nothing is impossible as long as we are sure, would like to try and believe ..
Keep the spirit and always share information | Pengobatan Alami Infeksi Saluran Kemih

hopefully useful grain gan,
thank you for sharing with us. NICE

great blog for who loves grill. it is a great information blog .

Thank you for the information you share with us, may be useful and continued success for all ..

thanks have been allowed to visit this blog

You may want to check out your local janitorial supplier as they will have grill cleaning equipment for professional kitchens. 3M have a cleaning system with a handle and interchangeable pads. There are abrasive pads for caked on oils and more gentle pads for non-stick surfaces. We use them in our cleaning company for a cleaning ovens and stripping floor seals.

thank you for this post. hope this gonna help me while i am cooking 😛

You may want to check out your local janitorial supplier as they will have grill cleaning equipment for professional kitchens. 3M have a cleaning system with a handle and interchangeable pads. There are abrasive pads for caked on oils and more gentle pads for non-stick surfaces. We use them in our cleaning company for a cleaning ovens and stripping floor seals.

Is there any other way to clean the grills using grill cleaning brushes? I’m not comfortable using them ever since.

Mike — You could use wadded up aluminum foil, or buy a hard plastic scouring pad.

Is there any other way to clean the grills using grill cleaning brushes? I’m not comfortable using them ever since.

thank for this important information. i will check my grill now frequently

This one is another precaution we have to remember even though we are on for a festive occasion, even just a weekend grilling experience. Good advice. Ern

This is an important consideration for those of us who love to grill! Thank you for the information.

i’ve checked it, and it still good and cool. and happy fourth