Gut reaction: How bacteria in your belly may affect your heart 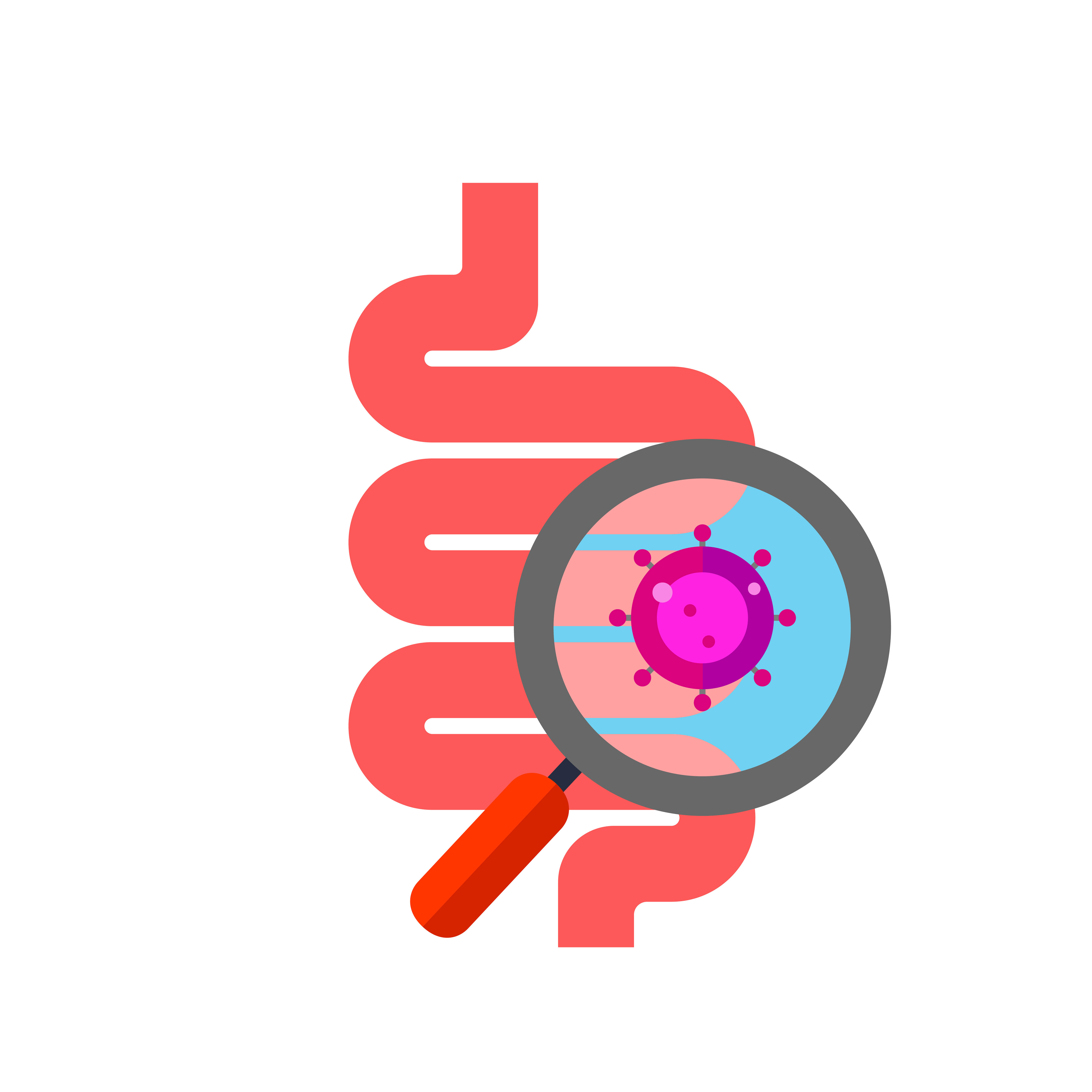 You know the old saying, the way to a man’s heart is through his stomach? It turns out there’s a whole new twist to that cliché. (And just to be clear, it applies women, too).

You’re probably well aware that what you eat plays a role in your heart’s health. Now, scientists are learning more about how the trillions of bacteria dwelling deep inside your digestive tract can affect your risk of cardiovascular disease.

Collectively known as the gut microbiota, these microbes assist with digestion, but also make certain vitamins, break down toxins, and train your immune system. Over the past decade, scientists have uncovered compelling connections between different types of gut microbes and the development of obesity and diabetes — two factors closely tied to a higher risk of heart disease. Recently, several studies have explored how our gut microbes interact with the food we eat to spur artery-damaging inflammation and narrowing. These findings are still preliminary, but experts hope they’ll one day lead to personalized diet recommendations or other therapies to lower the risk of heart disease.

The initial discovery connecting the gut microbiota to cardiovascular disease came from researchers at the Cleveland Clinic. They discovered that when gut microbes feed on a chemical called choline (found in eggs, red meat, and dairy products), they produce a compound called TMA. In the liver, TMA is converted to TMAO, which causes hardening of the arteries (atherosclerosis) in mice and is linked to a higher risk of heart disease in humans.

“For the first time, they showed how the relationship between a dietary component, bacterial metabolism, and human metabolism can have adverse consequences for blood vessels,” says cardiologist Dr. Joseph Loscalzo, who chairs the department of medicine at Harvard-affiliated Brigham and Women’s Hospital.

The investigators then tested a molecule that blocks the production of TMA, which they gave to mice prone to atherosclerosis, thanks to their genes and a high-fat diet. The molecule, called DMB, occurs naturally in olive oil and red wine. The mice that got DMB in their water had healthier, clearer arteries than those that didn’t.

Earlier this year, Chinese researchers described a different but related approach to preventing blood vessel injury in atherosclerosis-prone mice. They found that by giving the mice a specific strain of bacteria called Akkermansia muciniphila, they could prevent inflammation — the chronic, persistent immune response that contributes to the buildup of fatty plaque in arteries. The effect was largely due to a protein that was able to “tighten up” the communication between cells in the inner lining of the gut, Dr. Loscalzo explains. As a result, fewer toxins from the diet could pass from the gut into the bloodstream, which in turn dampened inflammation.

Together, these findings suggest that altering the gut microbiota in different ways might minimize blood vessel damage, says Dr. Loscalzo. There’s also some evidence that the gut microbiota may influence the levels of cholesterol and other fats in the bloodstream, as well as blood pressure.

But for now, it’s far too early to offer any specific advice based on this research. The human microbiome is unique, which makes it hard to define exactly what constitutes a healthy gut environment. However, a more diverse mix of bacteria seems to be healthier than a limited one. People who eat a traditional, plant-based Mediterranean or Asian diet tend to have a greater diversity of intestinal bacteria than Americans and Europeans, whose diets are heavier in red meat, sugars, and other refined carbohydrates, and lighter in fruits and vegetables.

Thanks for the article. It’s never early to advise whole grain and fibre rich diet, for a better general health. Bacterial impact has already reached, according to studies, our brain, pulmonary system, and breast cancer fronts, diabetes, inflammatory bowel disease, and the immune system; therein the heart is reached too!
As for the high TG level in Asian men, in scholarly articles, severe stress-like in the case of working Asian men- causes elevation of LDL and cholesterol, perhaps thus TG indirectly, outmatching the positive effect of diet.
Dr Hana Fayyad, pediatrician ( Maria Jasmine Freeman, published author, on menopause).

I am eighty six years old, still play doubles tennis, currently have no aches and pains and am told I appear many years younger than my chronological age. Now that I am hearing about the importance of gut bacteria I cannot help but wonder if my good health is connected to the green powder with 25 billion probiotics which I have been ingesting daily for over twenty years.

I understand there are many forms of gut diseases this form restricts ones ability to confidently go anywhere. The medication also causes dramatic effects on liver function and depresses my immune system which again causes apprehension of catching diseases from others in public.

Feces transplant is on treatment option

Regarding the remark “People who eat a traditional, plant-based Mediterranean or Asian diet tend to have a greater diversity of intestinal bacteria than Americans and Europeans …”: About 40% of Asian men tend to have a high level of Triglyceride, which in turn adds to the increase of total cholesterol in a person, often resulting in artery clogs and heart attack.

Mediterraneans… are not Europeans? I think you meant to refer specifically to the diets of central and northern Europeans, right? The mediterranean countries of Europe are still Europe AFAIK.

At least 70% of our immune health depends on our gut. You may have a bigger colony of bad bacteria compared to the good one. One way is to turn it around, have a lot more good bacteria than bad ones.

I have microbial colitis which has persisted for over 2 years which causes severe diarrhoea and much gas. At its worst l have been unable to leave my house for months at a time.
I have tried many diets and use Solone and other anti inflammatory medications.
I have tried high dose probiotics and many natural ant inflammatorys such as Turamin, garlic, ginger and many vitamins.
When this problem is at its worst l gain weight or at least l do not loose weight. When the problem is in remission which l never understand why my weight declines without doing anything different.
I understand there are many forms of gut diseases this form restricts ones ability to confidently go anywhere. The medication also causes dramatic effects on liver function and depresses my immune system which again causes apprehension of catching diseases from others in public.
Gut disease also causes depression and the resulting inflammation at times can make me feel old and tired.
From my point of view the gut controls my body and is certainly one thing that healthy people would find most beneficial by treating food as the most important thing to prevent illness.

I read about a case like yours. The woman was given- as a last resource of treatment – an enema with feces from a person with healhy gut flora – on this case, from her mother. The treatment was successful.

Hagen, I would also recommend you look into fecal microbiota transplants, aka, fecal transplant from a healthy donor. Search Mark Davis FMT.

Hello Hagen
Your post drew my attention. If it is a microbial colitis that u have, I would suggest using oral non absorbable antibiotics, specifically for eleminating pathogenic bacteria( and resulting gas and pain), proven by studies. A well known such drug is Rifaximin( Normix), for 2weeks, escorting a healthy diet, of course.
For your observation of weight gain during flare up, it could most likely be due to simultaneous steroid use( Solone), causing edema and weight gain! Ur observation is contrapuntal to what’s seen in other inflammatory bowel diseases-where weight gain occurs during remission, or in celiac disease.
Will be pleased to be kept posted, or via my Twitter account ( Dr Hana Fayyad).