Daytime sleepiness has become an accepted consequence of our busy lives. We overload our schedules, stay up too late, and even sleep with our smartphones, then walk around yawning and guzzling coffee to stay awake in the afternoon. But if your daytime sleepiness isn’t relieved by a few extra Zs now and then, your lifestyle may not be the culprit — it could be obstructive sleep apnea.

Obstructive sleep apnea occurs when the muscles in the back of your throat relax too much when you are asleep. This lets the tissues around your throat close in and block the airway. You stop breathing for a few seconds (this pause in breathing is called apnea). Your brain has to wake you up enough so you gasp or change positions to unblock the airway. You aren’t even aware it’s happening. These stop-breathing episodes can occur dozens of times per hour, making you feel tired the next day. Even worse, they increase blood pressure and heart rate, putting stress on the cardiovascular system and increasing your risk for a stroke.

In the United States, between 12 million and 18 million adults have obstructive sleep apnea — and the rates are rising, says the National Heart, Lung, and Blood Institute. Why? Because more and more Americans are overweight or obese. Too much fat in the neck can add to airway blockage during sleep.

Daytime sleepiness is one sign of obstructive sleep apnea. Others include:

The American College of 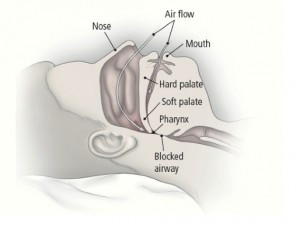 Is that a little extreme? “I don’t think so, as long as it’s true sleepiness and not fatigue,” says Dr. Andrew Wellman, an assistant professor of medicine at Harvard Medical School professor and the Director of the Sleep Disordered Breathing Laboratory at Harvard-affiliated Brigham and Women’s Hospital.

Sleepiness is marked by heavy eyelids during the day, and nodding off when you want to stay awake. It can be due to a number of conditions, ranging from jet lag or working rotating shifts to restless legs syndrome and obstructive sleep apnea. To prove that sleep apnea is causing daytime sleepiness, an overnight sleep study is needed. That means spending the night in a sleep lab hooked up to machines that measure your heart rate, sleep and awake states, airflow, oxygen level, and other activity. The test is called attended polysomnography.

Many people with sleep apnea symptoms probably won’t go to a sleep lab. It may not be covered by insurance, or they may feel they don’t have time to do the overnight test. Dr. Wellman thinks that some people don’t want to deal with the treatment for sleep apnea, which often includes wearing a mask at night that uses forced air to keep your airway unblocked. This is known as continuous positive airway pressure (CPAP).

It’s possible to do a sleep study at home with a portable monitor, and the new sleep apnea guidelines recommend that as an alternative for some people. But home monitoring can be tricky. There are several different types of monitors, and they don’t all measure the same types or amounts of sleep activity as the sleep center tests. “The home tests aren’t always accurate. While they can be helpful at confirming a diagnosis of OSA, they can sometimes yield a false negative, meaning you have the disorder but the test says you don’t,” says Dr. Wellman.

Take daytime sleepiness seriously, says Dr. Wellman. Ask yourself if you have any risk factors for it:

While you’re at it, ask your sleeping partner if you have any of the obvious symptoms: loud snoring and episodes of gasping or stopping breathing at night, or others listed above.

If you have any of these symptoms or risk factors along with daytime sleepiness, it’s time to wake up to the possibility that you may have obstructive sleep apnea. So make room in that busy schedule for a visit to the doctor. If you do, treatment can make your sleep, and your health, much better.

For more information on sleep apnea, watch this video in which Dr. Laurence Epstein, instructor in medicine at Harvard Medical School and editor of Improving Sleep from Harvard Health Publishing, discusses how sleep apnea is diagnosed and treated. It also contains a clip of former Harvard Health Letter editor Peter Wehrwein having a sleep study. 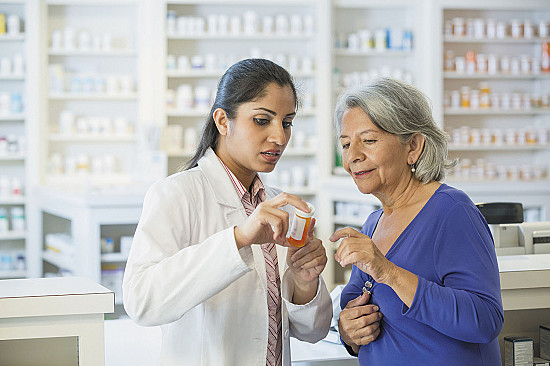