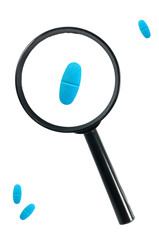 Greater use of generic drugs could save the healthcare system—and American consumers—billions of dollars that would be better spent elsewhere. What’s holding us back? Some consumers are reluctant to use generic medications, thinking they are inferior to “the real thing.” Doctors are also a big part of the problem. Up to half of physicians hold negative perceptions about generic drugs. And a new study to published online today in JAMA Internal Medicine shows that about 4 in 10 doctors sometimes or often prescribe a brand-name drug just because their patients ask for it.

Prescribing a brand-name drug when a generic is available “is a huge source of wasteful spending that can be prevented,” says Eric G. Campbell, Ph.D., professor of medicine at Harvard Medical School and Massachusetts General Hospital, who led the new study.

Every medicine has a generic name. It is almost always the name of the drug’s active compound. Brand names are added by the marketing department of pharmaceutical companies.

To stimulate research and offset the cost of developing new medications, the FDA allows a company that develops a new drug to be the only one to sell it for a specified period. When that’s over, other companies can sell a medication made with the same active ingredient. These are the generics.

Some people think of generics as knock offs of the original, like the “Rolex” watch or “Prada” bag a street vendor might sell. That’s not correct. Generic drugs are chemical clones of their brand-name counterparts. By law, a generic drug must

What’s different is the look of the drug and the inactive ingredients. Generics contain different coloring agents, binders, and preservatives than the brand-name drug. These can make a difference in how the drug works for some individuals, but that’s uncommon.

There are several ways to find out if the medications you have generic versions. The best is the Food and Drugs Administration’s Drugs@FDA. Others include Rxaminer.com (free registration required) and DrugDigest.org.

Campbell’s team crunched numbers from a survey of nearly 2,000 physicians from seven specialties. Overall, 37% said they sometimes or often prescribed a brand-name drug over a generic one when a patient asked for it. It was more common among

Resisting the push for brand-name use

It’s hard to resist a patient’s request for a brand-name drug, says Campbell. Doctors are often evaluated on how satisfied their patients are—it’s easier to say yes than risk a negative evaluation. They tend to have packed schedules, and it takes less time to write the brand-name prescription than it does to explain why the generic will do just fine. And some are influenced, consciously or not, by their interactions with drug company representatives.

According to the Generic Pharmaceutical Association, the use of generic prescription drugs in place of their brand-name counterparts saved $192 billion last year. We could be doing even better. Seven of the 10 top best-selling drugs in the United States (accounting for $39 billion in sales last year) are brand-name drugs that are also available as generics.

Much of the extra cost of brand name drugs falls on you. A co-pay for a brand name product usually costs a lot more than its generic equivalent. And the higher costs of brand-name drugs that aren’t covered by co-pays are reflected in higher health insurance costs.

In most states, a doctor has to write “brand only” on the prescription if he or she does not want you to have a generic. Next time you need a refill, why not ask “Hey doc, can I get a generic?” instead of asking for the brand-name version.