Expert panel says “no” to widespread testing for Alzheimer’s, dementia 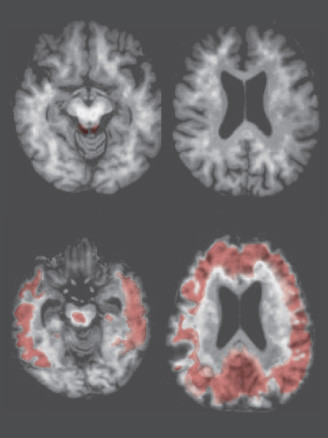 Given that these thieves of memory and personality are so common and so feared, should all older Americans be tested for them? In proposed guidelines released yesterday, the U.S. Preventive Services Task Force said “no.” Why not? Even after conducting a thorough review of the evidence, the panel said that there isn’t enough solid evidence to recommend screening, especially since not enough is known about the benefits and the harms.

Screening means testing a seemingly healthy person for signs of a hidden disease, like Alzheimer’s or cancer.

Why is early testing for Alzheimer’s and dementia not recommended when early testing for something like breast cancer is recommended? In part it has to do with treatment. While there are effective treatments for cancer, such as chemotherapy, radiation, and surgery, so far there aren’t any truly effective approaches to stop the forward progress of dementia. While some medications can slow the progress of Alzheimer’s disease, their side effects can be damaging.

“There are certain diseases in which we know that early detection can lead to early intervention, which can stave off worse outcomes, but if you don’t have any kind of disease-modifying therapy at hand, it doesn’t make a whole lot of sense to screen people who don’t have symptoms,” Dr. Aaron Philip Nelson, assistant professor of psychology at Harvard Medical School and author of The Harvard Medical School Guide to Achieving Optimal Memory told me for an article that appears in the April 2014 Harvard Women’s Health Watch.

Checking people who have no symptoms of dementia using questionnaires, blood tests, or brain scans has long been controversial. One key sticking point is that tests available today can’t paint an accurate picture of future dementia risk. “There’s no test that can tell you that somebody is definitely going to get Alzheimer’s disease,” says Dr. Deborah Blacker, professor of psychiatry at Harvard Medical School and director of the Gerontology Research Unit at Massachusetts General Hospital.

When you should be tested

If testing healthy adults every few years isn’t worthwhile, when does it make sense to test for dementia? When someone shows signs of memory loss, difficulty thinking, or other signs of so-called cognitive impairment, say experts. Individuals and their loved ones need to be alert to changes in memory and function. Doctors should also be aware of differences in their patients’ mental abilities. When someone has symptoms, they should get an evaluation, Dr. Blacker says.

Yet memory can naturally start to slip as you get older, and it can sometimes be hard to tell whether lapses are due to normal age-related memory loss or true mental impairment. Here’s a guide to help tell the difference:

If you—or one of your loved ones—have noticed that you’ve been having memory lapses or other signs of cognitive impairment, see your primary care provider. You’ll get a series of tests to check how well your brain and nervous system work. You’ll also be asked questions to gauge your short-term recall, attention, and language skills.

Keep in mind that Alzheimer’s disease and other forms of dementia aren’t the only causes of memory loss. Conditions like an underactive thyroid gland (hypothyroidism) or vitamin deficiency can also interfere with mental function. Poor sleep, depression, and stress can affect memory, too.

Improving memory might be as easy as getting more sleep or having a medical condition treated. If you are diagnosed with early-stage memory loss, your doctor can guide you through the next steps, lay out your options, let you know what to expect, and help you and your family plan for the future.

Very thoughtful, informative article Stephanie. the thing i liked the most in your article is the chart that you have posted about when to see a doctor, which describes what’s normal and what’s not about forgetting things. so nice of you Stephanie. 🙂

Your diet determines your health

This is a very thoughtful, informative article. Thanks for sharing it!

As an Australian with access to national health scheme and as a clinical psychologist all I could think of here is that diagnosia is still very difficult to confirm except post Mortimer so imagine all the Americans and expats who are reliant on health insurance who will be denied such ( meaning de bird access and claim denial). There would be a significant number of symptoms that a health or one of your HMOs would consider as related illnesses. Imagine the challenge of arguing against these denials with health insurance companies!

Thank you for the comments

This is a great detection tool.

There is no cure, early, or at any other time.

Also using “Scholar Google” I found 90,400 citations when searching for “Alzheimer’s prevention strategies”. There are plenty of things that can be applied, especially if someone knows that they are likely to get Alzheimer’s. I think your article has the potential to mislead a lot of people.

The “experts” you quote need to keep up with the literature. They are misinformed. By relying on their unsubstantiated opinions rather than scientific and published facts you are joining them in misleading your readers.

The recommendation made by a panel of experts is ridiculous. Let’s stick our collective heads in the sand. Ignorance is bliss (NOT)! There are at least 3 different tests that do predict whether you will have Alzheimer’s or not. There are different strategies available today to address Alzheimer’s. No, there isn’t a magic pill to take. No magic pill, no cure (NOT)! How about prevention. It would be a lot better if articles like this were written in Latin. It would be easier to keep people in the dark (smiling)

This talk about prevention is very misleading . How can a person who never gets Alzheimer’s say they prevented it . There is no way to prove that . Just because they take a certain pill or eat a certain food or herb does not in any way prove they prevented the disease .They could just be one of the lucky ones who for whatever reason never got Alzheimer’s .There are quite a few of us. The only way to indicate efficacy is to conduct a double blind controlled study of a large population over an entire lifetime . To my knowledge no such study has been conducted .

I was looking for information about dementia tests.
thanks!

Stephanie, The calculous will turn upside down the day an effective drug for AD is approved by the FDA. A Non-invasive, fast and accurate early AD screen would allow non AD patients with dementia to get help that is more likely to be available to them than those with AD. Also, an AD screening test would facilitate clinical trials by more selectively choosing the right people to be in studies. If you put the question to the US Preventive Services Task Force, ” if a drug is found that can stop or even reverse the progression of AD, wouldn’t an accurate screening test for older people with dementia be strongly recommended?” The answer is yes. The phones of every general practitioner will ring off the hook with people demanding to be screened…. Good article but you missed the bigger issue, treating AD early is turning out to be critical.

While it’s true that there is currently a lack of effective treatment, it is not entirely accurate that there are no reliable screening tools. For example, a team at Cedars-Sinai have developed a retina scanning methodology that allows the identification of amyloid plaques before one develops the symptoms of Alzheimer’s. Early days though.