Does diet really matter when it comes to adult acne? 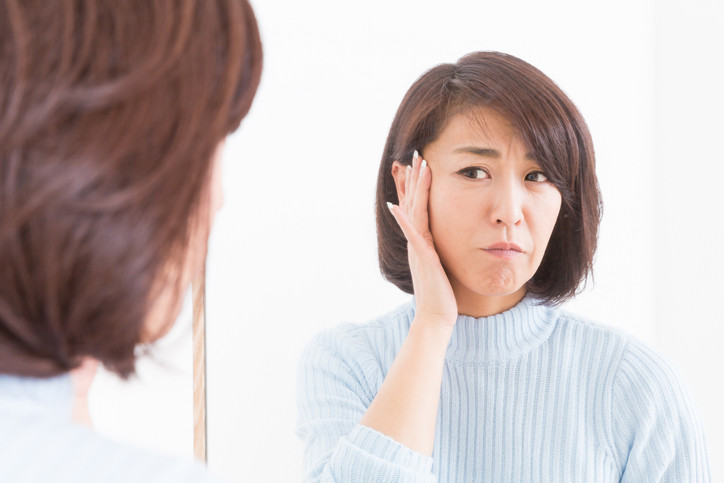 When I was a teenager, the advice I got about acne was clear and consistent:

By the time I got to medical school, the message had changed. I learned that the diet-acne connection was considered a myth, and that what we eat has little to do with making acne better or worse.

But a new study has once again turned the tables. It suggests that diet might contribute to acne — at least in adults.

Why does acne develop?

For many — including me — thinking about teenage acne is a painful exercise. But it’s worth understanding why acne develops in the first place.

Acne is thought to develop because of a combination of factors: the production of too much oil in the skin, clogged skin pores, bacteria in the skin, and inflammation. Hormonal changes — which occur during puberty, or with a condition called polycystic ovary syndrome — and the menstrual cycle can have a big impact on acne, because they affect oil production in the skin. Some medications can cause acne (especially steroids and lithium), and hair products, makeup, and other products we put on our skin can contribute to clogged pores. Genetic factors, pollution, smoking, and stress have also been suggested as causes or contributors to acne.

And then there remains the possibility that diet matters. Certain foods can promote inflammation throughout the body, and it’s possible this triggers acne outbreaks. In addition, diet can affect hormones that, in turn, could make acne worse. For example, milk and foods with a high sugar content can cause a rise in insulin levels, altering other hormones that can affect the skin. Some research has linked milk and whey protein with acne.

Despite these possible connections between diet and acne, there is no consensus that changing your diet is an effective way to deal with acne.

Adult acne: This just in

A new study, published in the medical journal JAMA Dermatology, compared the results of 24-hour dietary surveys of more than 24,000 adults (average age 57) who reported having acne currently, having it in the past but not currently, or never having had it. The researchers found a correlation between the chances of having current acne and consumption of

Fast foods and snack foods were linked with past (rather than current) acne. And chocolate? Neither dark nor milk chocolate were associated with past or current acne.

There are reasons to interpret these results cautiously. Dietary records can be faulty. For example, a person with acne who strongly believes that diet affects their skin health may be more likely than others to recall and report certain elements of their diet (such as fatty or sugary foods) than those who are more skeptical about a connection. Such recall bias can affect the results of a study like this. And many of those who reported having adult acne were self-diagnosed; it’s possible that some of these diagnoses were not accurate. Other factors — so-called confounders — might be at play and lead to misleading conclusions. For example, maybe people who drink more milk also happen (just by chance) to live in more polluted areas, and it’s the pollution, not the milk, that explains the findings.

Finally, studies like this can only detect an association, not causation. That means that while those with adult acne tended to consume more fatty and sugary foods, the study cannot prove that their diet actually caused adult acne. It also could not determine whether a change in diet would reduce the incidence or severity of acne.

As our understanding of acne continues to evolve, we may eventually have clearer guidelines about the best diets to prevent or treat it. For now, whether you’re a teenager or an adult, it’s likely that there is no single diet that will guarantee clear skin. So enjoy your favorite foods in moderation. And if you find that some of them make your skin worse, you’ll have to decide if they’re worth it.

And not only acne is impacted by food, but the many of other endocrines unbalance, infections, allergies. It seems gluten and diary and high sugar /industrialized food are impacting the gut permeability and fungus infections (most known is candida) .
Just try to eat simpler and listen your body. We can go healthier and no money spend with this.

I think that’s amzing and valuable information about this topics. I am glad to read this tips and going to share this information on my social page. It’s really helpful to every one. good one .