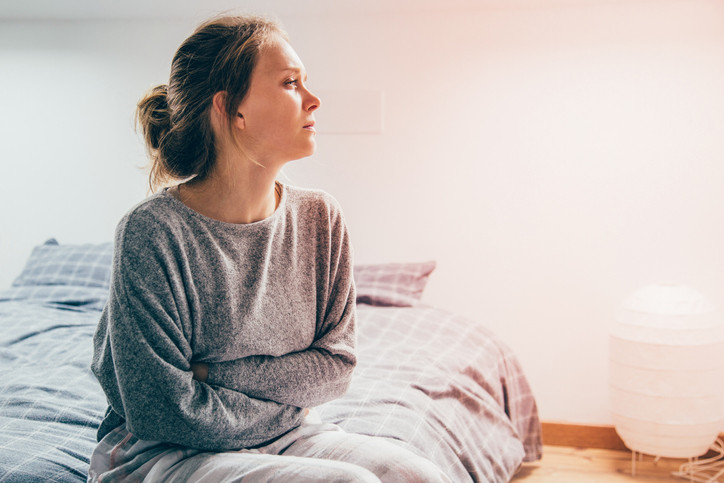 In 1983, a health professional in her 30s walked into my office and said, “I’ve been healthy all of my life. A year ago, I came down with some kind of virus — sore throat, aching muscles, swollen lymph glands, fever. My fatigue was so bad I was in bed for nearly a week. Many of the symptoms gradually improved, but the terrible fatigue and difficulty thinking have not gotten better. They’re so bad I can’t fulfill my responsibilities at home or at work. This illness is affecting my brain, stealing my energy, and affecting my immune system. It’s keeping me from realizing my dreams.”

There’s a piece of advice attributed to a famous physician, William Osler, that every medical student probably has heard: “Listen to your patient. The patient is telling you the diagnosis.” But I wasn’t sure it applied in this case.

What we knew then

First of all, the textbooks of medicine didn’t describe an illness like this. In addition, all the usual laboratory tests to screen for various diseases came back normal. At this point, a doctor has two choices: decide to believe the patient and keep searching to find what is wrong, or to tell the patient, “There is nothing wrong.” Indeed, some doctors seeing people like my patient did just that, adding insult to injury.

Fortunately, many physicians and biomedical scientists around the world became interested in this illness, and over 9,000 scientific studies have been published in the past 35 years. The Institute of Medicine has concluded that the condition, now called myalgic encephalomyelitis/chronic fatigue syndrome (ME/CFS) “is a serious, chronic, complex systemic disease that often can profoundly affect the lives of patients.” It affects up to 2.5 million people in the United States, and generates direct and indirect expenses of approximately $17 to $24 billion annually.

What we know now

As I discussed in a recent article in the journal JAMA, research has documented underlying biological abnormalities involving many organ systems in people with ME/CFS, compared with healthy controls. Here’s an overview of what the current science suggests.

The brain. Tests of brain hormones, formal tests of thinking, magnetic resonance imaging (MRI), and positron emission tomography (PET) scans of the brain are abnormal in a substantial fraction of patients with ME/CFS. Tests of the autonomic nervous system, which controls vital functions including body temperature, blood pressure, heart rate, breathing rate, and movement of the intestines and bladder, also are abnormal. Not all of these abnormalities of the brain are present in every person with ME/CFS, and they appear to come and go.

Energy metabolism. We are alive because the cells of our body are alive. And they’re alive because they can make energy, and use that energy to do their jobs and remain alive. Our cells make energy out of the oxygen in the air we breathe, and out of the sugars, fats, and proteins we eat. In ME/CFS, research has shown that the cells have trouble both making and using energy. That is, people with ME/CFS feel they don’t have enough energy because their cells are not making enough, nor using what they make efficiently. The ability of cells to extract oxygen from the blood and use it to make energy appears particularly defective after physical and mental exertion.

Activation of “hunkering-down” systems. Animals, including humans, have systems to protect them during times of major threats. For example, worms and bears that are faced with a shortage of food “hunker down”: they activate systems that focus the energy they are able to make on the processes necessary to stay alive. Nonessential, energy-requiring activities are minimized. Humans who are seriously injured or sick also activate various hunkering-down systems. Some evidence suggests that in ME/CFS the hunkering-down systems may have been turned on, and remain inappropriately stuck. Research teams are trying to figure out how to turn off the hunkering-down systems.

Continued research should lead to better understanding and treatments

A great deal more is known about ME/CFS today than 35 years ago. With continued and expanded support from the NIH, CDC, and private foundations dedicated to ME/CFS, I expect a lot of progress in the coming decade. Instead of doctors saying, “The tests came back normal, there is nothing wrong,” they will say, “Tests showed us what was wrong, and we have treatments to fix it.”

And doctors will recognize the wisdom of the wise advice we all learned in medical school: “Listen to your patient. The patient is telling you the diagnosis.”