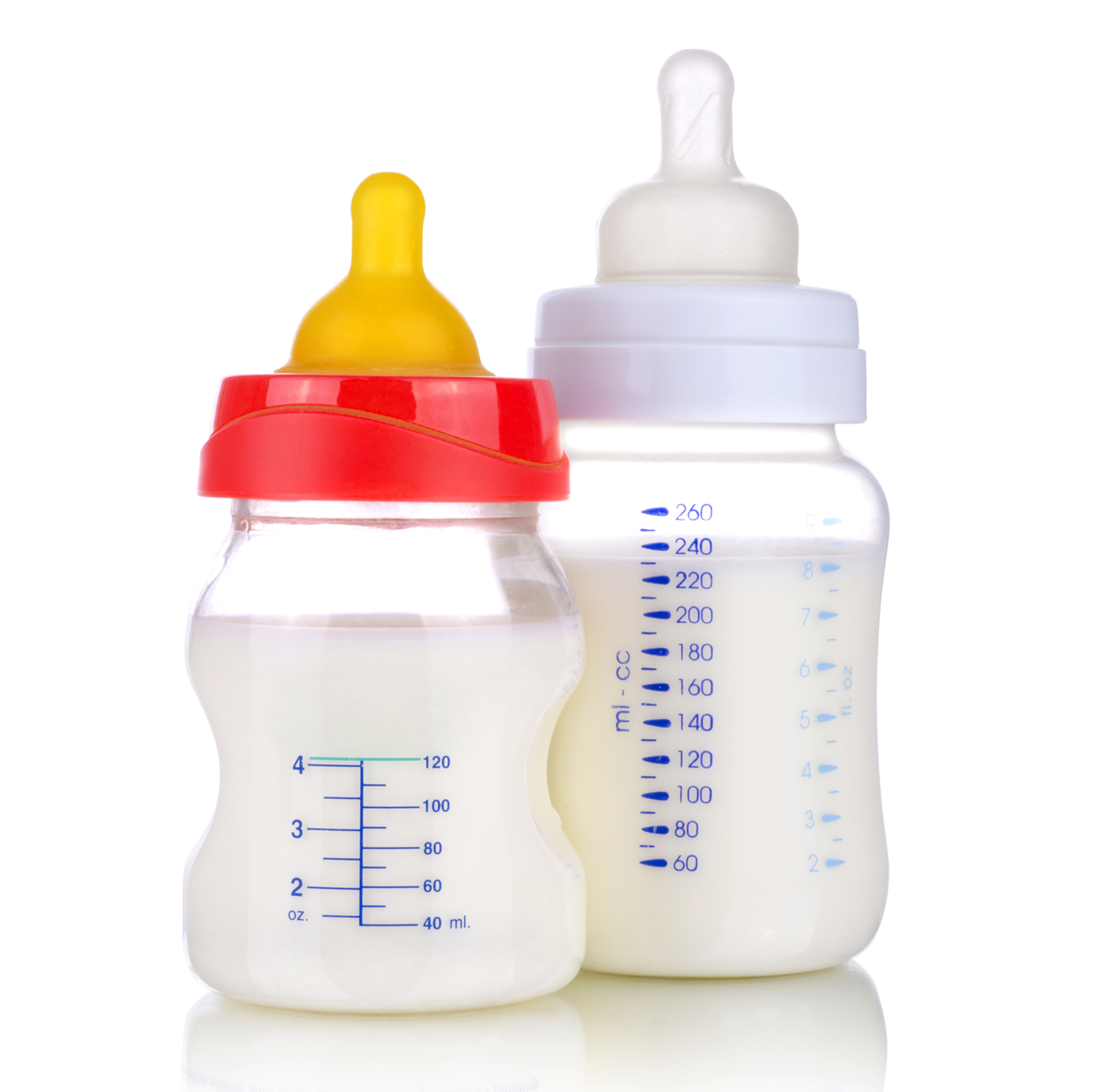 As a country, we have a weight problem. A stunning two-thirds of American adults are overweight or obese, putting them at risk of heart disease, diabetes, cancer and all the other health problems obesity brings. While there are myriad reasons we are getting fatter as a nation, one very real and simple one is that our serving sizes are getting bigger.

A recent study published in the journal Pediatrics suggests that this super-sizing of servings and waistlines can start really early.

Researchers surveyed the families of almost 400 2-month-olds that were only fed formula. They found that about half of them used bottles that were less than 6 ounces to feed their babies, and half used bottles that were 6 ounces or more. When they checked in with those babies at 6 months, the babies who were fed from bigger bottles had gained more weight than those who were fed from the smaller bottles — and were overall a bit chubbier (their “weight-for-length” was higher).

We feel happy when our babies eat. We like it when they finish their bottles (and we tend to prepare full ones, not half-full ones). And we encourage them to keep drinking until they do. Interestingly, another study showed that babies fed breast milk from bottles gained more weight than those fed from the breast. When we can see there is more there, we are more likely to push babies to finish the bottle — and in doing so, make feeding less about hunger and more about, well, finishing. The average 2-month-old doesn’t need 6 ounces or more at a feeding, but will often take it if pushed to do so.

I am not saying that everyone should start feeding their baby less. But I am saying that we need to be more mindful and aware of how, and how much, we feed our children. A 2013 study showed that when children were given kid-sized plates as opposed to adult-sized plates they served themselves less food and gained less weight, and this is the same idea. It’s all about giving babies (and children, and adults) the amount of food they actually need — and making sure they know when they are full, and know to stop when they are full.

If parents aren’t sure how much their child should be eating, they should check with their doctor. And they should remember that not all cries mean hunger; sometimes babies are tired, need a diaper change or just want to be held.