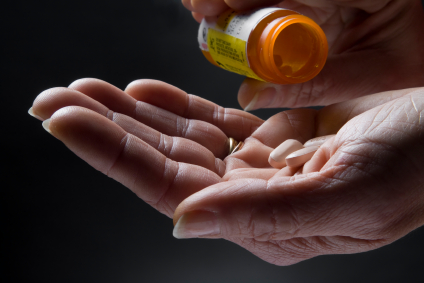 If you have ever taken Valium, Xanax, or some other benzodiazepine to calm your nerves or sleep better, you may have felt woozy or hungover the next day. Experts have long assumed that people’s heads would clear once they stopped taking the drug. That may not be the case. A study published by the journal BMJ suggests that benzodiazepine use may promote the development of dementia.

A team of researchers from France and Canada linked benzodiazepine use to an increased risk of being diagnosed with Alzheimer’s disease. In the study, the greater a person’s cumulative dose of benzodiazepines, the higher his or her risk of Alzheimer’s.

The association isn’t surprising given past research on the subject, but it still should be viewed with caution. “Benzodiazepines are risky to use in older people because they can cause confusion and slow down mental processes, ” says Dr. Anne Fabiny, chief of geriatrics at Harvard-affiliated Cambridge Health Alliance. “However, although there is an association, we still can’t say that benzodiazepines actually cause Alzheimer’s,” she cautions.

The researchers relied on a database maintained by the Quebec health insurance program. From it, they identified nearly 2,000 men and women over age 66 who had been diagnosed with Alzheimer’s disease. They randomly selected more than 7,000 others without Alzheimer’s who were matched for age and sex to those with the disease. Once the groups were set, the researchers looked at the drug prescriptions during the five to six years preceding the Alzheimer’s diagnosis.

People who had taken a benzodiazepine for three months or less had about the same dementia risk as those who had never taken one. Taking the drug for three to six months raised the risk of developing Alzheimer’s by 32%, and taking it for more than six months boosted the risk by 84%.

The type of drug taken also mattered. People who were on a long-acting benzodiazepine like diazepam (Valium) and flurazepam (Dalmane) were at greater risk than those on a short-acting one like triazolam (Halcion), lorazepam (Ativan), alprazolam (Xanax), and temazepam (Restoril).

The researchers acknowledge that the use of benzodiazepines could be just a signal that people are trying to cope with anxiety and sleep disruption—two common symptoms of early Alzheimer’s disease. If that’s true, their use of a benzodiazepine may not be a factor in causing dementia but an indication it is already in progress.

Other reasons to avoid benzodiazepines

Even if that’s so, there are other reasons for older people to avoid benzodiazepines. In 2012, the American Geriatrics Society added benzodiazepines to their list of inappropriate medications for treating insomnia, agitation, or delirium. That decision was made primarily because common side-effects of benzodiazepines—confusion and clouded thinking—often have disastrous consequences, including falls, fractures, and auto accidents.

Even short-acting benzodiazepines pack a bigger punch in older people. As the body’s metabolism slows with age, drugs take longer to clear. And because benzodiazepines are stored in body fat, they can continue to produce effects days after people stop taking them.

Although these medications are taken to help people get a good night’s rest, they can have the opposite effect. “When they’re taken over time, they can actually interfere with normal sleep,” says Dr. Fabiny. The quest to sleep through the night can lead to prescriptions for higher doses or longer-lasting benzodiazepines—and even greater side effects.

If you are a caregiver for an older person, you may want to check the medicine cabinet. If you find benzodiazepine, you might want to discuss it with him or her, or with a doctor.

If you take a benzodiazepine, keep in mind that these drugs are designed for short-term use. If you’ve been using them regularly for more than a few weeks, know that withdrawal symptoms can be powerful. Consider talking to your doctor about alternatives.

There’s currently no cure or treatment for Alzheimer’s disease. That makes prevention all the more important. Limiting the use of a benzodiazepine for anxiety or sleep troubles may be one small step toward prevention.