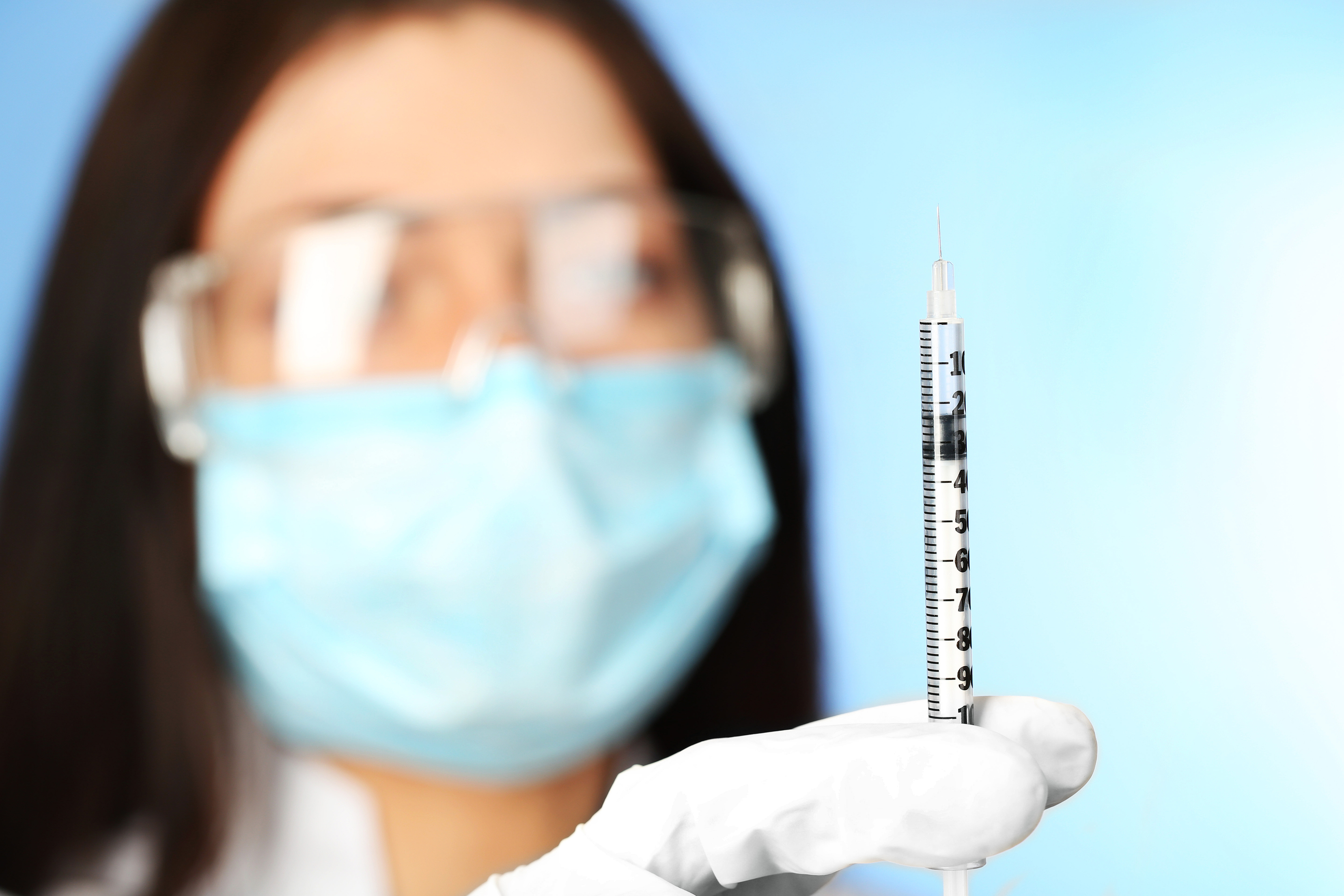 This new recommendation is based on findings from a large clinical trial called CAPiTA, which were published today in The New England Journal of Medicine.

Streptococcus pneumoniae, sometimes just called pneumococcus, is a common bacterium that can cause serious lung infections like pneumonia. It can also cause invasive infections of the bloodstream, the tissues covering the brain and spinal cord (meningitis), and other organs and tissues. Older individuals are especially prone to being infected by Pneumococcus, and these infections are often deadly.

For the past 30 years or so, the CDC has recommended that everyone ages 65 and older get a single-dose pneumonia vaccine called pneumococcal polysaccharide vaccine 23 (PPSV23). This vaccine is also recommended for those between the ages of two and 64 who are at high risk of getting pneumonia or other S. pneumoniae infections.

The dark spots are pneumonia-causing Streptococcus pneumoniae bacteria isolated from the blood of an infected person. Photo courtesy of the CDC and Prevention Public Health Image Library.

The CAPiTA findings have proven to be a game changer. This trial, performed in the Netherlands, showed that a second vaccine, called pneumococcal conjugate vaccine 13 (PCV13), also provides protection against community-acquired pneumococcal pneumonia and other invasive S. pneumoniae infections.

Preliminary results from this study, which were released last year, led the CDC to change its pneumonia vaccine recommendations for older adults. The CDC now recommends that instead of just a single dose of PPSV23, older individuals should also get a shot of PCV13. The final results published today confirm the effectiveness of PCV13 and underscore its benefit among those ages 65 and older.

Individuals who have never gotten a pneumonia vaccine should get a dose of PCV13 first, and then get a dose of PPSV23 six to 12 months later. Only a single dose of each vaccine is needed. Those who have already been vaccinated with PPSV23 can get PCV13 later, as long as it’s been at least a year since the PPSV23 vaccination.

Most people who get PCV13 have no side effects other than possible soreness at the injection site or a mild fever. Serious allergic reactions have occurred, but this is rare.

When it comes to preventing pneumonia, the bottom line for older individuals is clear: Get vaccinated twice.