Anti-depressants for teens: A second look 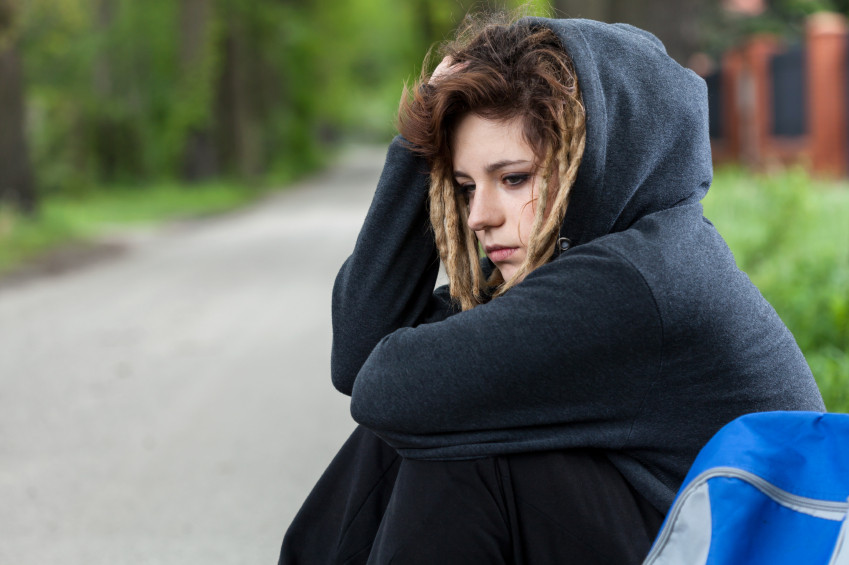 Those of you who read my last blog may remember that I talked about how upbeat friends can help boost your teenager’s mood. But there’s an important and reasonable follow-up question. What if, despite your best efforts to help your teen’s mood and sense of well-being, his or her doctor recommends an antidepressant? I want to explore this further, both to help you better understand your teenager’s health and to illustrate a new approach to dealing with controversial data.

Parents of teens, you are not alone in worrying about whether an antidepressant is the right choice for your child. Your doctor is likewise worried about how to best guide you on this issue. Will an antidepressant help your teen feel better, or could it actually worsen his or her depression? To get to the heart of the matter, parents and doctors are worried about suicide. Some studies report no increase in rates of suicidal thoughts in teens taking antidepressants, while others suggest the opposite. How can there be so much disagreement on such a critical issue?

A recent study published in the journal BMJ attempts to pick apart this highly controversial issue. It’s called “Efficacy and Harms of Paroxetine and Imipramine in Treatment of Major Depression in Adolescence,” and it’s one of the earliest in a set of studies that will likely be very important to the medical literature. It is part of an initiative called Restoring Invisible and Abandoned Trials (RIAT), which calls on researchers to re-analyze data from unpublished trials or published trials with poor methodology. The goal is to correct misleading information by examining data in a more scientific way.

What went wrong for these trials the first time around?

There are two main issues. First, many of these trials were funded by drug companies or large academic institutions. Financial or intellectual incentive to interpret the data in a specific way presents an inherent — if often unintentional — bias. This might happen when researchers set out to study a drug they have created or that they own. Pharmaceutical-company–funded studies are exceedingly common in the medical literature. Second, only about half of the results of clinical trials are ever published. Yet those data are out there, and if analyzed, could help fill knowledge gaps and improve medical care. This gap in published data is known as reporting bias, and it is generally considered bad science.

The study on teens and antidepressants we’re looking at today aimed to re-analyze the data from research initially published in 2001 by Smith Kline Beecham, a pharmaceutical company. The study looked at the effectiveness and safety of two antidepressants in teenagers. One of the drugs was paroxetine (Paxil), which may sound familiar to you. The other drug was called imipramine. It’s probably less familiar to you because doctors no longer use it much to treat depression. The original research reported that paroxetine was safe and effective for adolescents, and did not lead to an increase in teen suicide. In “Restoring Study 329”, researchers re-analyzed the data (which was willingly provided by Smith Kline Beecham). Upon this second look, researchers found that paroxetine was not any more effective than a sugar pill, and it did lead to clinically significant increases in harm, including suicidal thoughts or behavior in adolescent patients.

Why did they find such different results?

Partway during the initial study, the investigators made some subtle changes to the research protocols. In the re-analysis, the researchers stuck like glue to the original study protocol. Second, the original authors reported on adverse events in only 5% of their study participants. This time, researchers looked at adverse events across all study participants. Finally, the original researchers grouped adverse events in ways that may have been misleading. For example, they did not separate neurological side effects (such as headache, a mild side effect) from psychiatric side effects (such as suicidal thoughts, a more serious side effect). Lumping these groups together watered down the percentage of teens who had thoughts of suicide. By carefully separating out these different types of side effects, the re-analysis more accurately reflected the number of psychiatric events.

What Restoring Study 329 means for parents — and teens

We have no evidence that the original researchers tried to purposefully mislead anybody. But parents (and doctors!) understandably need to know whether starting an antidepressant may raise the risk of thoughts of suicide in teens, and the original study likely downplayed this real risk. Whether or not to start a teenager on an antidepressant is a highly personal decision that depends heavily on the situation for each individual teen. This study highlights the importance of talking to your trusted doctor about the things you hear before just accepting the version of results presented to you. As a doctor, I look forward to more studies that re-examine our current understanding of research data. I hope they will help provide the important information I need to best guide my patients.

Sadly, many studies have shown that 1 in 6 teens have considered suicide. It is a common, and very overlooked, experience for many teens. These thoughts are not caused by antidepressants.

Also, when a teen’s doctors and parents decide an antidepressant is needed, the teen must be monitored closely – too often we forget that part.

We are currently dealing with a teen with depression. This didn’t really answer allot of questions, but it was very insightful.

i was an extremely depressed child. I did not have many friends. I had severe acne and no one did anything to help.
I am now on an antidepressant as an adult. In the 60’s and 70’s I do not think it was heard of to give a child an antidepressant. However, I sought out depressive type illegal drugs to escape reality. Depression is a chemical imbalance. The drugs used for it are not get high drugs just ones to help you stay sane and act and react normally. If a teenager is depressed and the parent remains uneducated about it she is blocking the child’s full potential to be what she/he could and wants to be. Uncontrolled depression will manifest itself through anger and most people are not trained to deal with the remark, “I want to kill myself.”

It is sad, that in no word is mentioned, that teenage depression is heavily related to a healthy diet and physical activities of the teenager as well as early positive coaching.

Depression does not just happen. It is thought and fostered by adults environment in care of the teenagers.

Agreed-physical activity and diet are important, but your comment borders, at least in my opinion, on the “all depression is nurture” side-which I believe feeds into the stigma of mental illness-if we’d all get our fresh air and organic produce, depression would go away. No, it wouldn’t.