10 tricks to reduce salt (sodium) in your diet 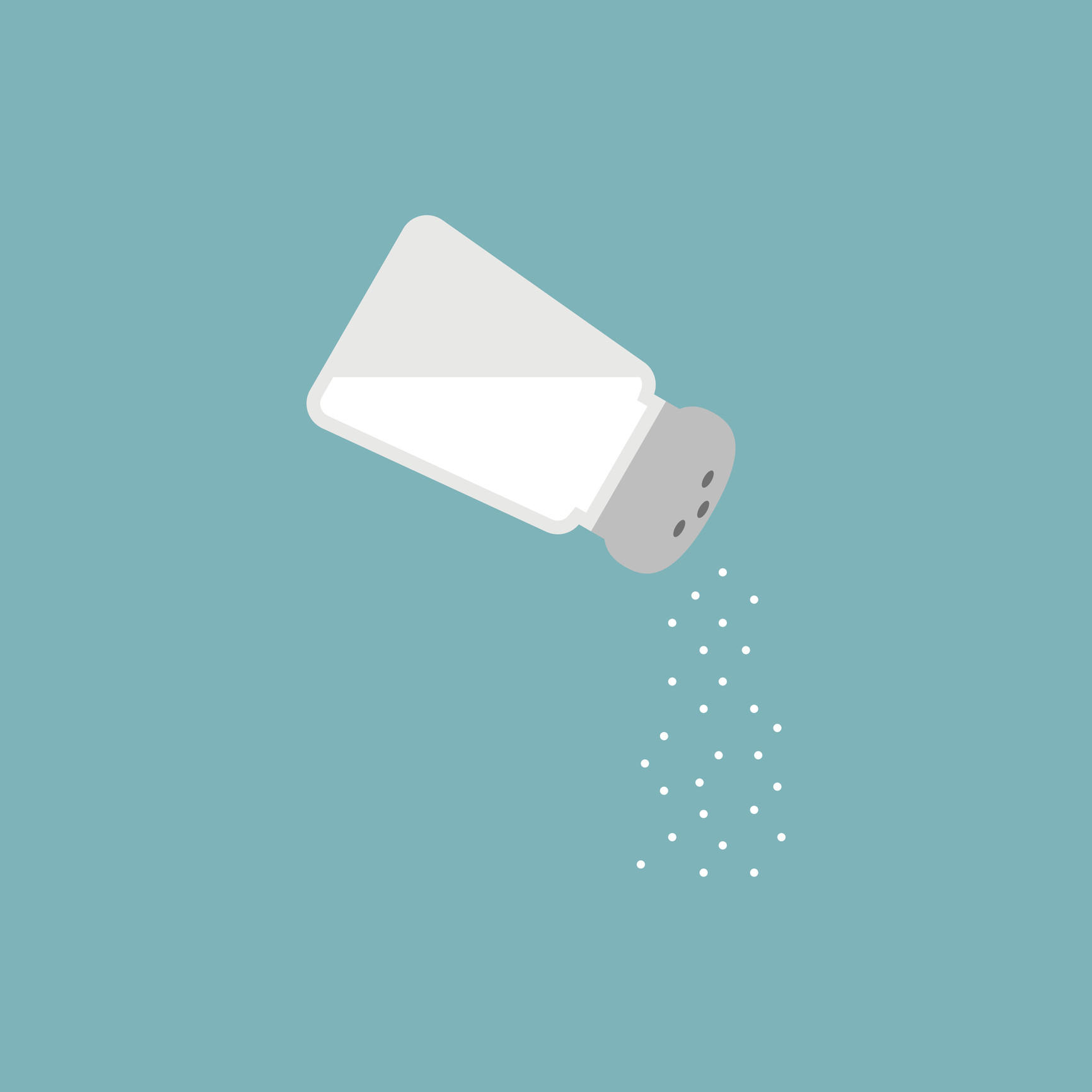 The average adult eats about 3,400 milligrams (mg) of sodium per day — far more than the recommended daily goal of 2,300 mg. Here are the top 10 types of food that account for more than 40% of the sodium we eat each day, along with some ideas for simple swaps to help you eat less salt.

This category tops the list not because bread is especially salty (a slice contains about 100 to 200 mg of sodium), but because we eat so much of it.

All the essential pizza ingredients — the crust, sauce, and cheese — contain a lot of salt. Adding cured meats such as pepperoni or sausage adds even more sodium.

Smart swap: Make a homemade pizza using a whole-wheat, pre-baked pizza crust with low-sodium pizza sauce and slivers of part-skim mozzarella or other light cheese. Top with sliced bell peppers, mushrooms, or any other vegetables you like. Bake at 450° until the cheese melts.

Smart swap: Load up your sandwich with veggies such as tomato, avocado, and lettuce. Skip the cheese and add hummus, or try peanut butter with sliced apple or banana.

These processed meats include bacon, ham, salami, sausage, hot dogs, and deli or luncheon meats. Not only are they high in sodium chloride (salt), they also contain sodium nitrate as a preservative, which further boosts the sodium count.

Smart swap: Cook your own fresh chicken or turkey breast to slice up for sandwiches.

Some varieties of canned soup have as much as 940 mg of sodium per serving.

Smart swap: Look for low- and lower-sodium varieties. Or make a large batch of homemade soup, adding just enough salt to taste, and freeze it in individual serving containers for convenience.

Like pizza, these popular Mexican dishes combine a number of high-salt ingredients, such as white flour tortillas (an 8” diameter one contains about 400 mg of sodium), cheese, and seasoned, salty beans and meat.

Smart swaps: Use whole-grain corn tortillas (just 5 mg of sodium each) and fill with grilled chicken or a mild white fish. Choose low-sodium canned beans, and top burritos and tacos with chopped vegetables and salsa.

This popular protein is often prepared in commercial kitchens, which means added salt. Rotisserie or fried chicken from a grocery store or restaurant contains up to four times the sodium of plain chicken prepared at home.

The amount of sodium in cheese varies widely, even among the same varieties, so check the labels carefully. Feta and blue cheese are among the saltiest varieties, while goat cheese and ricotta are on the lower end.

Smart swap: Try low-sodium cheese, or substitute small amounts of finely grated, savory hard cheeses such as Parmesan or Romano as a replacement for other cheeses.

An egg contains only 62 mg of sodium, so this category again reflects other ingredients and cooking methods. For example, most fast-food egg breakfast sandwiches are made with cheese and ham on an English muffin, and omelets are also often full of cheese, bacon, and ham.

Smart swap: Make your own poached or soft-cooked eggs. Many grocery stores now carry hard-boiled eggs, which are even more convenient.