Alcohol's effects on the body

Alcohol depresses the central nervous system. It acts like a sedative or tranquilizer, slowing your motor coordination and reaction time. It also harms judgment, memory, reasoning, and self control. Even though alcohol is a sedative, it disturbs sleep as its effects wear off, and is a major cause of insomnia.

Processing alcohol. The size of your body, whether or not you have eaten recently, and the rate at which you drink all affect how your body processes alcohol. A large person has more blood circulating in his or her body than a smaller person, so alcohol concentration in larger people rises more slowly than in a smaller person, even if they drink identical amounts of alcohol. 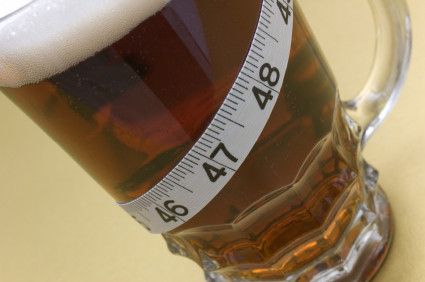 Food slows the rate at which alcohol is absorbed into your bloodstream. It is ideal to have food in your stomach when you drink, or to drink only during meals. Drinking slowly is another way to reduce the rate at which alcohol is absorbed by your body. Having several nonalcoholic drinks between drinks of alcohol can also slow the effects of alcohol on your system.

Effect on women. Drink for drink, women accumulate more alcohol in their bloodstreams than men do. This is because women's bodies process alcohol differently than men's bodies do. Women have lower levels of the stomach enzyme that neutralizes alcohol before it moves into the bloodstream.

Women tend to have a higher proportion of body fat, which does not absorb alcohol; this increases alcohol levels in the blood. Women also tend to weigh less than men, so drink for drink, there is more alcohol in a woman's bloodstream.

Driving. There is no safe way to combine drinking and driving. As little as one drink can affect your ability to drive. To avoid driving after consuming alcohol, it's helpful to designate a nondrinking driver, or to use public transportation. No one should ever ride in a car with a driver who has been drinking.

Pregnancy. There is no question that drinking a lot of alcohol during pregnancy can harm an unborn baby. It can lead to a group of problems collectively known as fetal alcohol syndrome. Symptoms include:

But what about having a drink now and then? According to the experts, there is no safe level of drinking during pregnancy. Women who are trying to get pregnant or who already are pregnant should not drink.

Teen drinking. Each year, more than 4 million teens in the United States have trouble at school, with their parents, and sometimes with the law because of the effects of drinking alcohol. Drinking harms concentration, learning, and performance at school and at home.

It also has a dramatic impact on personality and can bring on irritability, hostility, and aggression. A young person who drinks alcohol is also more likely to experiment with other drugs, and to run the risk of becoming addicted to them.

Teens who drink are also more likely to die by falling or drowning, and are more likely to drink and drive. Teach your children never to get into a car driven by a person who has been drinking; assure them that you will pick them up no matter what the hour.

Parents should also discuss with their teens the dangers of binge drinking— consuming more than five drinks in a row. This is a serious problem among the 21 million college students in the United States, and has led to deaths from alcohol overdose.

Young men and women in this age group are also at risk of drinking-related injury, property damage, date rape, and unsafe sex while under the influence of alcohol.