Too much vitamin D may harm bones, not help

A study shows that, for many people, less is more when it comes to vitamin D. 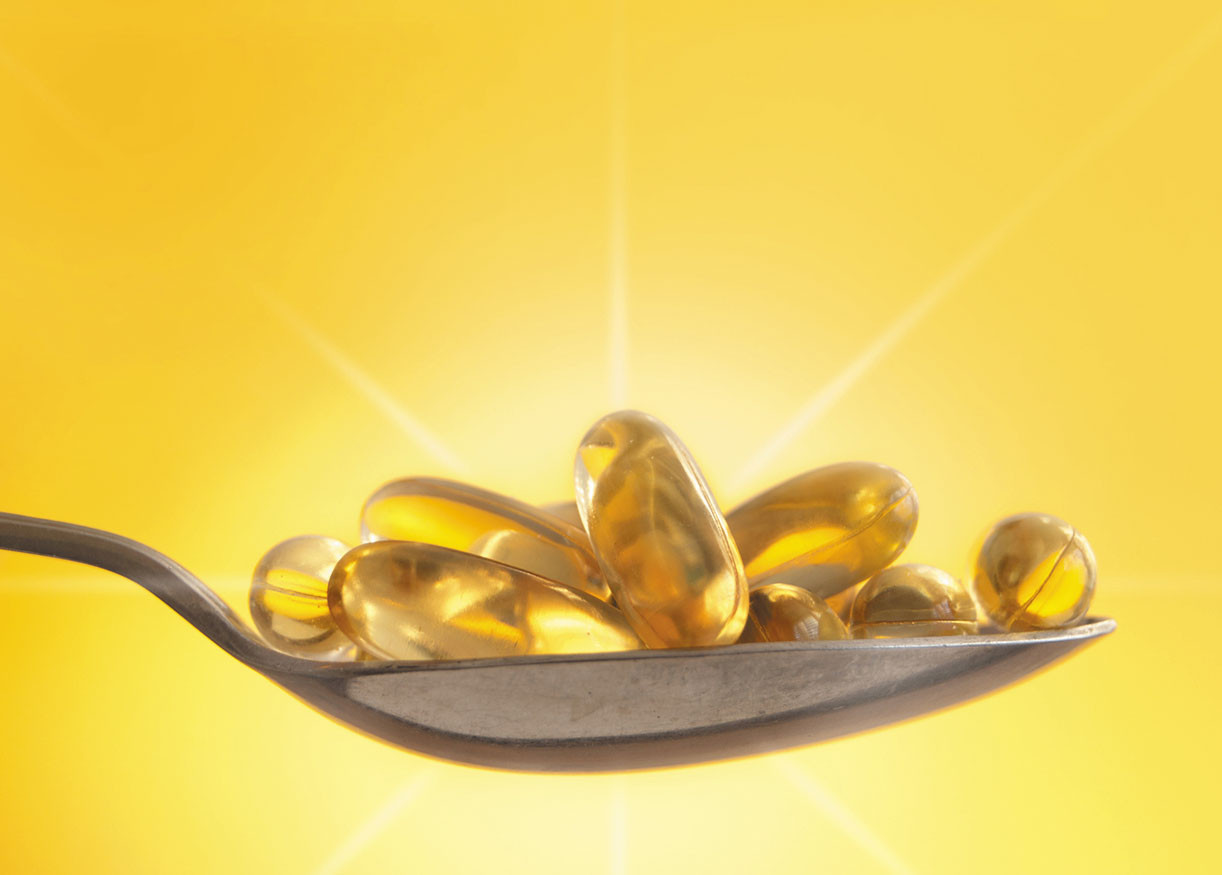 There's no question that vitamin D can help build strong bones. But there may be a sweet spot when it comes to how much.

A study published in the Aug. 27 issue of JAMA found that, compared with people who took moderate amounts of vitamin D, adults who took large amounts daily not only didn't see additional gains in bone density, but in some cases ended up worse off.

"People often assume that if some is good, more is better," says Dr. JoAnn E. Manson, the Michael and Lee Bell Professor of Women's Health at Harvard Medical School. "This is generally not the case, and certainly is not true of vitamin D. While there is no question that vitamin D and calcium are essential to bone health, it appears that very high doses of vitamin D don't provide further benefits for bone health and may actually have a harmful effect."

Researchers gave more than 300 healthy adults daily doses of 400 international units (IU), 4,000 IU, or 10,000 IU of supplemental vitamin D. All participants underwent bone mineral density tests, which are designed to assess bone health, when the study began and after they'd been taking the supplements for three years.

"Compared to just a modest dose of 400 IU a day, the study found no improvement in bone density at the higher doses and even a suggestion that there might be some harm by reducing bone density," says Dr. Manson. "This has been found in other randomized trials of very high-dose vitamin D."

Too much of a good thing

Some professional societies encourage people to take as much as 5,000 IU to 10,000 IU of vitamin D each day. This study provides new information that might prompt some to rethink those recommendations.

"This is further evidence that high doses are not advisable," says Dr. Manson. "In terms of bone health, once you get to a certain level of intake, increasing that amount isn't going to be beneficial."

There is also some evidence that people are overdoing vitamin D supplementation on their own. Researchers looking at national survey data gathered from 1999 to 2014 found a 2.8% uptick in the number of people taking potentially unsafe amounts of vitamin D — that is, more than 4,000 IU per day, according to a 2017 research letter published in JAMA. And during the same time period, the number of people taking 1,000 IU or more of vitamin D daily increased nearly 18%.

However, while most people should stick to a moderate daily dose of vitamin D, some people do need higher amounts, says Dr. Manson. These include people with conditions that prevent the body from properly absorbing nutrients, such as Crohn's disease or ulcerative colitis and people who have had gastric bypass surgery. But in most people, high doses are unnecessary, and potentially harmful.

When it comes to vitamin D there are some simple strategies you should follow to protect your bones.

Stick to moderate amounts. "It's reasonable to take a small or moderate amount of vitamin D, such as 1,000 IU a day, if you're concerned about whether you're getting enough," says Dr. Manson. Supplements are best for people who tend to have little vitamin D in their diet.

Good food sources include fatty fish, such as salmon, tuna, and sardines, fortified dairy products, including milk, cheese, and yogurt, and cereals.

People who spend very little time outdoors in the sun may also want to take a supplement. Vitamin D is nicknamed "the sunshine vitamin" because your body produces it after sun exposure. Your skin is less able to produce vitamin D as you age. People over age 65, generate only one-fourth as much vitamin D as they did in their 20s.

Address unique risks with your doctor. Large doses of vitamin D (such as more than 4,000 IU a day) should be taken only under the advice of your health care provider.

Taking too much supplemental vitamin D can be toxic in rare cases. It can lead to hypercalcemia, a condition in which too much calcium builds up in the blood. This could cause deposits to form in the arteries or soft tissues. It may also predispose you to painful kidney stones, which are small, pebble-like masses, formed when high levels of minerals in your urine start to crystallize in your kidneys.

Choose food over pills. If possible, it's better to get your vitamin D from food sources rather than supplements. To find a good source, check the nutrition labels on packaged foods to see how much vitamin D they contain.