Making peace with your germs 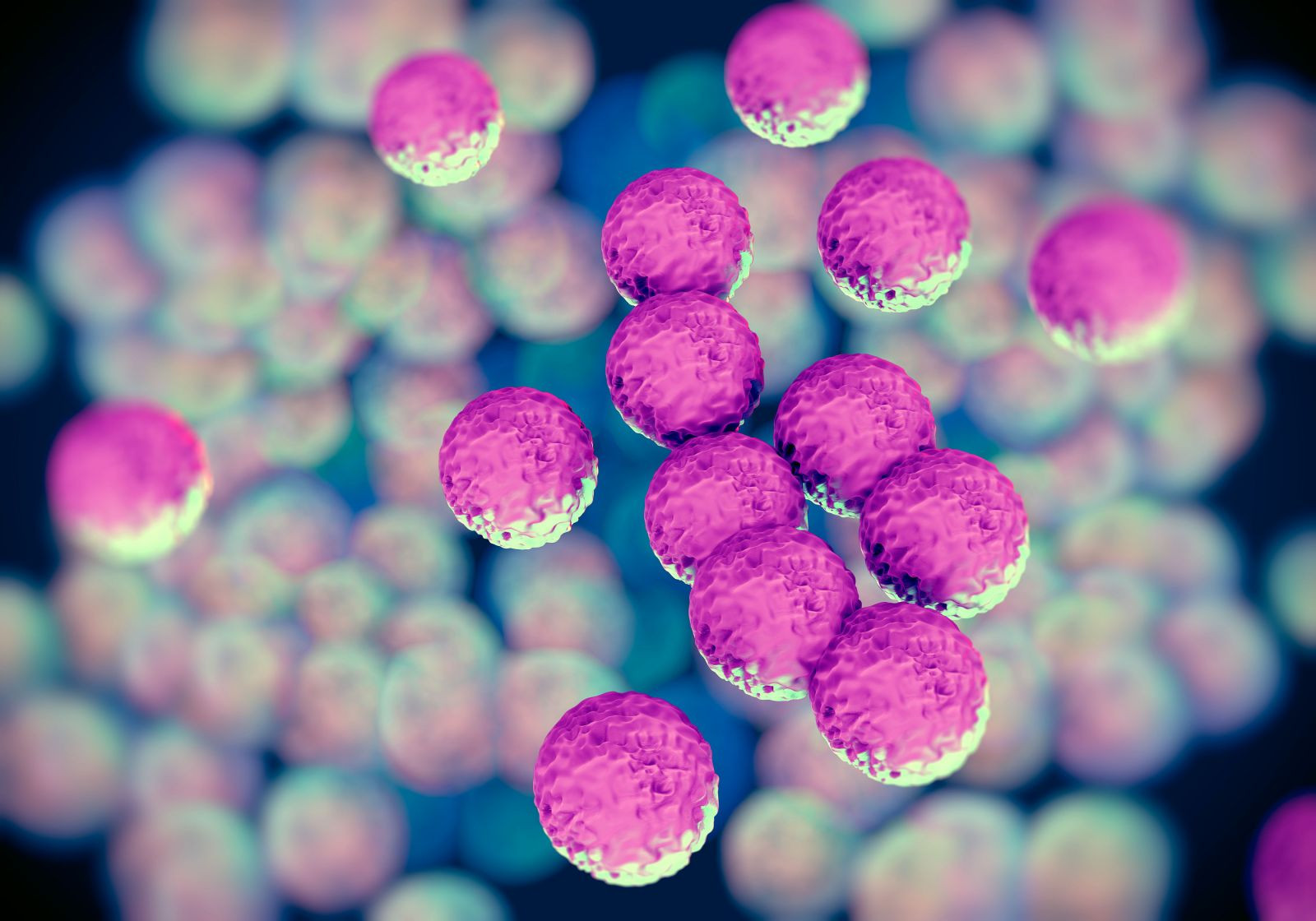 The microorganisms that inhabit your body can be valuable allies in reducing inflammation and treating disease.

Not too long ago, we thought of all germs as enemies to be destroyed with antibacterial soaps and antibiotic drugs. In the last few years, it's become apparent that the war on microbes is not just a futile enterprise, but also one that could be harmful to our health. The more we learn about the human microbiome—the trillions of single-celled organisms that colonize our skin, nose, digestive system, and vagina—the more we realize that the microscopic critters that live on us and in us may be as important to our health as our body cells.

"Knowing which sorts of microbes are normally found in healthy people can help us understand the roles that changes in microbe populations play in disease," says Dr. Curtis Huttenhower, associate professor of computational biology and bioinformatics in the Department of Biostatistics at Harvard T.H. Chan School of Public Health.

Dr. Huttenhower is one of many of scientists contributing to the National Institutes of Health Human Microbiome Project—part of a global effort to identify at least 600 types of bacteria, fungi, and yeast we carry with us as we go through life. The goal is to distinguish how the microbes differ throughout the body and how changes in the composition of their colonies is associated with the development of diseases.

How microbes may influence our health

Microbes function a lot like our body cells. They take in nutrients and break them down to supply the energy they need to grow and reproduce. In the process, they secrete molecules that are taken in by our body cells.

The effects of those microbial products can be either harmful or beneficial. For example, Clostridium tetani—the bacterium responsible for tetanus—secretes a toxin that acts on nerve cells to create the powerful muscle contractions responsible for lockjaw. On the other hand, Bifidobacterium, which digests dietary fiber in the colon, produces short-chain fatty acids that stimulate the growth of the immune cells that control inflammation. A vaginal microbe, Lactobacillus, feeds on sugars and produces lactic acid, which discourages other bacteria responsible for vaginal infections.

Why microbial diversity is important

Diversity is the key to beneficial microbial populations. Not only does a wider array of microbes mean a greater variety of bacterial byproducts for body cells to use, it also leaves less territory for disease-causing bacteria to occupy. That's why the new approach to microbes is directed at maintaining a healthy balance of germs throughout the body.

Scientists are just beginning to get a handle on what that healthy mix is. Research to date has determined that microbial colonies vary with the following:

Location on or in our bodies. The type of microbes that tend to live on the skin vary widely from the forehead to the forearm to the foot. Similarly, the array of bacteria in the digestive system changes from the mouth to the esophagus, stomach, small intestine, and colon. That's because the environment is different in each place, which means that microbes that thrive on the oily secretions of your forehead are likely to be different from those that proliferate under your toenails.

Our age. Microbial assortments change as we get older, probably because the substances our cells and tissues produce also change over time. For example, the decline in estrogen levels after menopause changes the lining of the vagina, making it more difficult for Lactobacillus to adhere, so the proportion of that bacterium falls.

Where we are. Because microbes are everywhere and are exchanged among people, animals, and plants, where we live and who we live with also matter. People on farms are likely to be hosting a different mix of microbes than are urban dwellers. The same goes for Icelanders and Indonesians. As a result, tourists may suffer from traveler's diarrhea, while local residents can eat the same food and drink the same water without consequence. The Human Microbiome Project is a global endeavor because the microbial mix that is healthy in one part of the world may be radically different from that in another. It will help to determine how what is "normal" varies throughout the planet.

What we eat. Diet is extremely important because the vast majority of the body's microbes live in the digestive system. In effect, they eat what we eat. Certain types of bacteria thrive on vegetable fiber while others flourish on sugars, so changing our diet can have a big impact on our microbial mix.

Foods affect our health in two ways—through the fats, carbohydrates, proteins, and other nutrients they pro-vide, and through the bacteria that break them down in the intestine. Early research indicates that a diet high in saturated fat increases the proportion of one phylum (major group) of bacteria, Firmicutes, to that of another phylum, Bacteriodetes. A high ratio of Firmicutes to Bacteriodetes has been linked to obesity. If we eat a lot of processed foods, populations of fiber-loving Bifidobacterium, which is linked with lower rates of inflammation, will shrink.

Our intestinal bacteria may be key to understanding why the traditional "Western diet" hasn't served us very well. Studies comparing populations of intestinal microbes have indicated that people eating a traditional Mediterranean diet or a traditional Asian diet—both of which are plant-based—have a greater diversity of intestinal bacteria and a higher proportion of beneficial bacteria than Americans and Europeans whose diets are heavier in red meat, sugars, and other refined carbohydrates, and lighter in fruits and vegetables. Westerners also have a higher rate of obesity, cardiovascular disease, and colon cancer.

How you can help your bacteria

As the discoveries of the Human Microbiome Project mount, there are bound to be new insights into the role of microbes and ideas for new ways to help the good bacteria and hinder the bad ones. In the meantime, the following health advice is still in effect:

Eat a Mediterranean-style diet. You've probably seen a list of inflammation-fighting foods that is likely to include fruits, green leafy vegetables, olive oil, tomatoes, and fish. These are all part of the Mediterranean diet. However, eating one—or even all—of these foods may not help foster your inflammation-fighting gut bacteria if you're also consuming quantities of sugar, refined carbohydrates, and red meat, which boost other, less friendly microbes.

Practice good hygiene. This doesn't mean being squeaky clean or lathering up with antimicrobial soap. Overusing antibacterial agents can upset the bacterial balance on your skin and promote the development of antibiotic-resistant bacteria. But it is a good idea to wash your hands before you prepare meals and after you use the toilet. Brushing and flossing your teeth after meals is also a good way to keep decay-causing bacteria from invading the biofilm of healthy bacteria that protect your teeth and gums.

Don't douche. Douching disrupts colonies of Lactobacillus in the vagina, making it vulnerable to infection by other bacteria or yeast.

Take antibiotics only when needed. These medications don't distinguish between helpful and harmful bacteria—they attack all bacteria. The price of eradicating an infection is losing a lot of friendly bacteria in the process. If you're prescribed an antibiotic, follow the instructions to the letter and finish your pills, even though you may feel better before the bottle is empty.