Stress and the sensitive gut 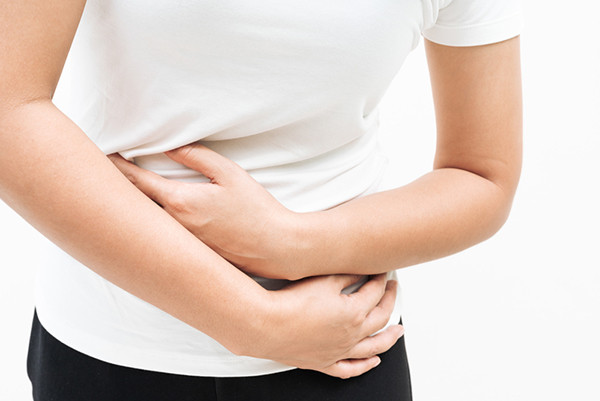 Functional gastrointestinal disorders affect 35% to 70% of people at some point in life, women more often than men. These disorders have no apparent physical cause — such as infection or cancer — yet result in pain, bloating, and other discomfort.

The enteric nervous system as a second brain

The enteric nervous system is sometimes referred to as a "second brain" because it relies on the same types of neurons and neurotransmitters that are found in the central nervous system (brain and spinal cord). After sensing that food has entered the gut, neurons lining the digestive tract signal muscle cells to initiate a series of intestinal contractions that propel the food farther along, breaking it down into nutrients and waste. At the same time, the enteric nervous system uses neurotransmitters such as serotonin to communicate and interact with the central nervous system.

This "brain-gut axis" helps explain why researchers are interested in understanding how psychological or social stress might cause digestive problems. When a person becomes stressed enough to trigger the fight-or-flight response, for example, digestion slows or even stops so that the body can divert all its internal energy to facing a perceived threat. In response to less severe stress, such as public speaking, the digestive process may slow or be temporarily disrupted, causing abdominal pain and other symptoms of functional gastrointestinal disorders. Of course, it can work the other way as well: persistent gastrointestinal problems can heighten anxiety and stress.

Reviews suggest that several types of psychotherapies may help ease persistent gastrointestinal distress — or at least help people learn to cope with such symptoms. Although this research has limitations — in particular, many studies have been criticized for using a waiting-list control, which does not allow investigators to account for the therapeutic effects of receiving medical attention — the evidence suggests that the following psychotherapies may provide some relief for many people with severe functional gastrointestinal disorders.

Cognitive behavioral therapy (CBT). This standby of psychotherapy helps patients to change counterproductive thoughts and behavior and learn coping skills to better manage stress and anxiety. CBT may be most useful in helping patients to cope with persistent gastrointestinal distress, rather than reducing pain.

Relaxation therapy. This encompasses a number of techniques designed to help people relax and reduce reactivity to stress. Techniques include progressive muscle relaxation, visualization, and restful music. It is effective for gastrointestinal disorders when it is combined with CBT.

Hypnosis. Gut-directed hypnotherapy — which combines deep relaxation with positive suggestions focused on gastrointestinal function — may be helpful for people whose symptoms occur even without obvious stress.