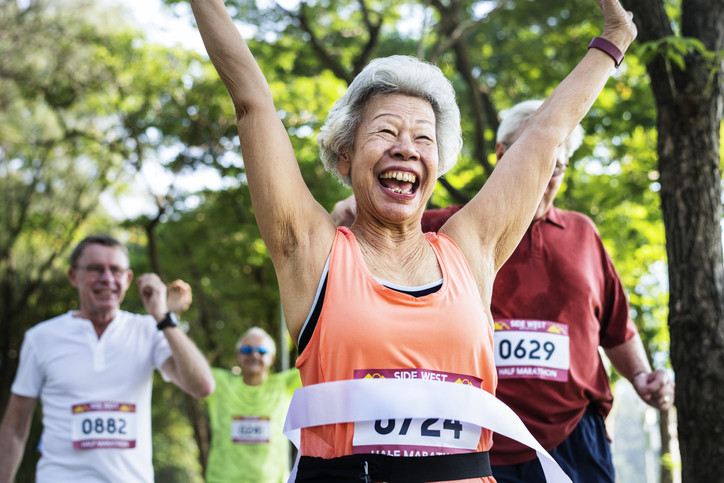 Serotonin can stave off depression and provide a feeling a euphoria.

When you feel happy and all seems right with the world, you’re feeling the effects of serotonin. This hormone is responsible for boosting mood, as well as a host of other functions.

Where is serotonin produced?

An area in the center of the brainstem produces serotonin, which then acts on many different parts of the brain to affect a variety of functions and behaviors, including:

How to increase serotonin

It’s also possible to increase serotonin levels without taking medicine. One natural way to increase serotonin is by working out. When you pedal your bicycle or lift weights, your body releases more tryptophan, the amino acid your brain uses to make serotonin. This boost in serotonin (along with other endorphins and other neurotransmitters) is why many people get that feeling of euphoria known as a "runner’s high" after an intense workout.

Exposure to either the sun or to the bright light meant to replicate it is another way to naturally increase serotonin levels. Light therapy is one of the main treatments for seasonal affective disorder (SAD), the winter blues that may be triggered by a drop in serotonin levels.

Getting extra serotonin from foods is a bit trickier. Protein-rich foods such as turkey are high in tryptophan, but our bodies don’t convert it to serotonin very efficiently. And when you eat turkey together with other high-protein foods, the protein breaks down into amino acids, which compete with tryptophan to get across your blood-brain barrier (the border that prevents potentially harmful substances from reaching your brain). As a result, less tryptophan gets in.

One way to sneak more tryptophan into your brain is to get it from complex carbohydrate sources, such as vegetables, fruits, legumes, and whole grains. When you eat these carbs, your body produces insulin, which helps your muscles pull in more amino acids, giving tryptophan a better chance at reaching your brain.

Serotonin is just one of the four feel-good hormones. To learn more about the others and how they work, head to the beginning of this series.