How does sleep apnea affect the heart? 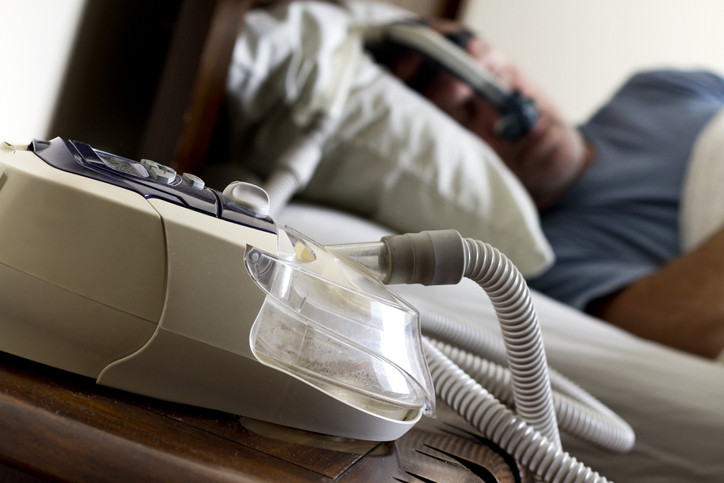 Q. My husband is reluctant to get tested for sleep apnea. But I'm pretty sure that he has it, and I'm concerned because I've heard that it can contribute to heart disease. How are these two conditions connected?

A. As you likely know already, people with sleep apnea may snore loudly and may also periodically gasp for breath throughout the night. These explosive snorts often wake up bed partners or roommates — although not necessarily the person with apnea.

Obstructive sleep apnea (as the condition is officially called) occurs when tissue in the tongue or the throat temporarily obstructs the airway during sleep, sometimes as many as 30 times per hour. The condition affects people of all ages and sizes, but it is most common in men over 40 who are overweight or obese. And you are correct: it is closely linked to cardiovascular disease.

Here's why: Each time a person with sleep apnea stops breathing, the body's oxygen level drops. The body reacts by producing epinephrine (also called adrenaline), a stress hormone. Over time, high adrenaline levels can contribute to high blood pressure. Repeated surges in blood pressure levels can damage the lining of the blood vessels, and sleep disturbances can also raise levels of harmful LDL cholesterol and other blood fats. These changes may lead to clogged arteries and poor heart muscle function. People with untreated sleep apnea are twice as likely to have a heart attack compared with those who don't have the disorder.

One way doctors assess the likelihood of sleep apnea is a with the STOPBANG test, at left. But a definitive diagnosis requires a sleep study.

If your husband is worried about spending the night in a sleep laboratory, reassure him that most of the time, that's not necessary. Instead, a doctor can prescribe a home-based test, using equipment you borrow from a sleep lab. This includes a small, lightweight monitor and several sensors that measure oxygen levels, heart rate, airflow, and body movements during sleep. Today, about 60% to 70% of sleep studies for suspected sleep apnea are done using home-based tests. If his symptoms suggest moderate to severe sleep apnea and he has no other serious medical problems, a home-based test is almost as accurate for detecting apnea as a test done in a sleep lab.