The symptoms of these two health problems may overlap — and sometimes, so do the treatments. 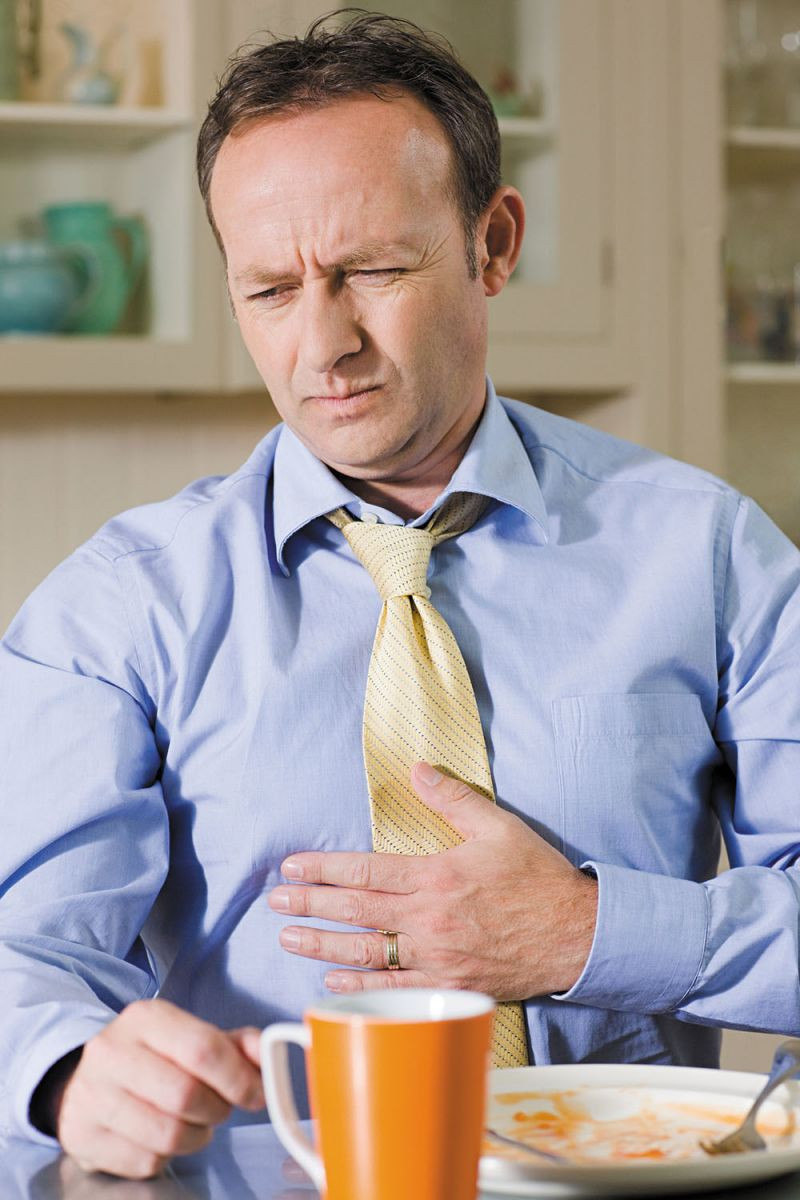 During your regular after-dinner walk around the neighborhood, you feel a painful sensation in the center of your chest. Could it be your heartburn flaring up again, or something more serious?

Heartburn is a common symptom of gastroesophageal reflux disease (GERD), often called acid reflux. Acid from the stomach bubbles up into the esophagus, causing a painful burning just behind the breastbone. Not surprisingly, it's often mistaken for a heart attack. In fact, of the over eight million emergency room visits for chest pain each year, severe heartburn accounts for over half the cases in which actual heart problems are ruled out.

Chest pain caused by insufficient blood flow to the heart (angina) or a heart attack is often described as a feeling of tightness, constriction, or pressure, rather than a burning sensation (see "Heartburn or heart attack?"). But it's not always easy to tell the difference. "Chest discomfort brought on by exercise is more likely to be a heart-related problem," says Dr. Michelle O'Donoghue, cardiovascular specialist at Harvard-affiliated Brigham and Women's Hospital. But you can also have angina that's not related to physical activity, she notes. If you have any symptoms you're not sure about, see a doctor. And call 911 if you feel chest tightness, have trouble breathing, break into a sweat, turn pale, or become very weak.

GERD and heart disease are both common, and many people take medications to prevent or treat both conditions.

Many people take daily, low-dose aspirin to prevent heart attacks, which works by discouraging the formation of blood clots. Doctors prescribe clopidogrel (a more potent clot-preventing drug) with aspirin, mainly for people who receive stents, the tiny metal mesh tubes placed in clogged blood vessels to improve blood flow. But there's a downside. "Aspirin can increase the risk of bleeding from the stomach and the intestines, both by directly irritating the stomach lining and by making existing areas of irritation more prone to bleeding," says Dr. O'Donoghue. Taking clopidogrel with aspirin can further increase that risk.

People with heartburn often take proton-pump inhibitors (PPIs). They include over-the-counter drugs such as omeprazole (Prilosec) and prescription drugs such as pantoprazole (Protonix). These drugs reduce the release of acid from the stomach lining. In addition to causing heartburn, excess stomach acid can also cause bleeding sores (ulcers) in the stomach; these, too, are treated with PPIs, among other drugs.

Thanks to these stomach-protecting effects, doctors sometimes prescribe PPIs for people who take drugs that increase the risk of bleeding — even if they don't have heartburn.

"I usually recommend PPIs for people who are taking long-term aspirin or clopidogrel if they have ever had a bleeding stomach ulcer or are at high risk of developing one," says Dr. O'Donoghue. Factors that can boost your odds include an infection with Helicobacter pylori bacteria and routine use of nonsteroidal anti-inflammatory drugs (NSAIDs) such as ibuprofen (Motrin, others) and naproxen sodium (Aleve, Anaprox, others).

Some research suggests a possible problem with taking both a PPI and clopidogrel. Two popular PPIs, omeprazole and esomeprazole (Nexium), inhibit a liver enzyme that helps convert clopidogrel to its active form. In theory, this could make clopidogrel less effective for heart attacks and stroke prevention. But large clinical studies have not revealed any meaningful differences. Still, anyone with lingering concerns about a possible interaction could take a different PPI, such as pantoprazole, which does not affect the liver enzyme.