Getting into the swing of golf

This low-impact, lifelong sport can be a good way to exercise, socialize, and enjoy nature — three factors linked to lower heart disease risk. 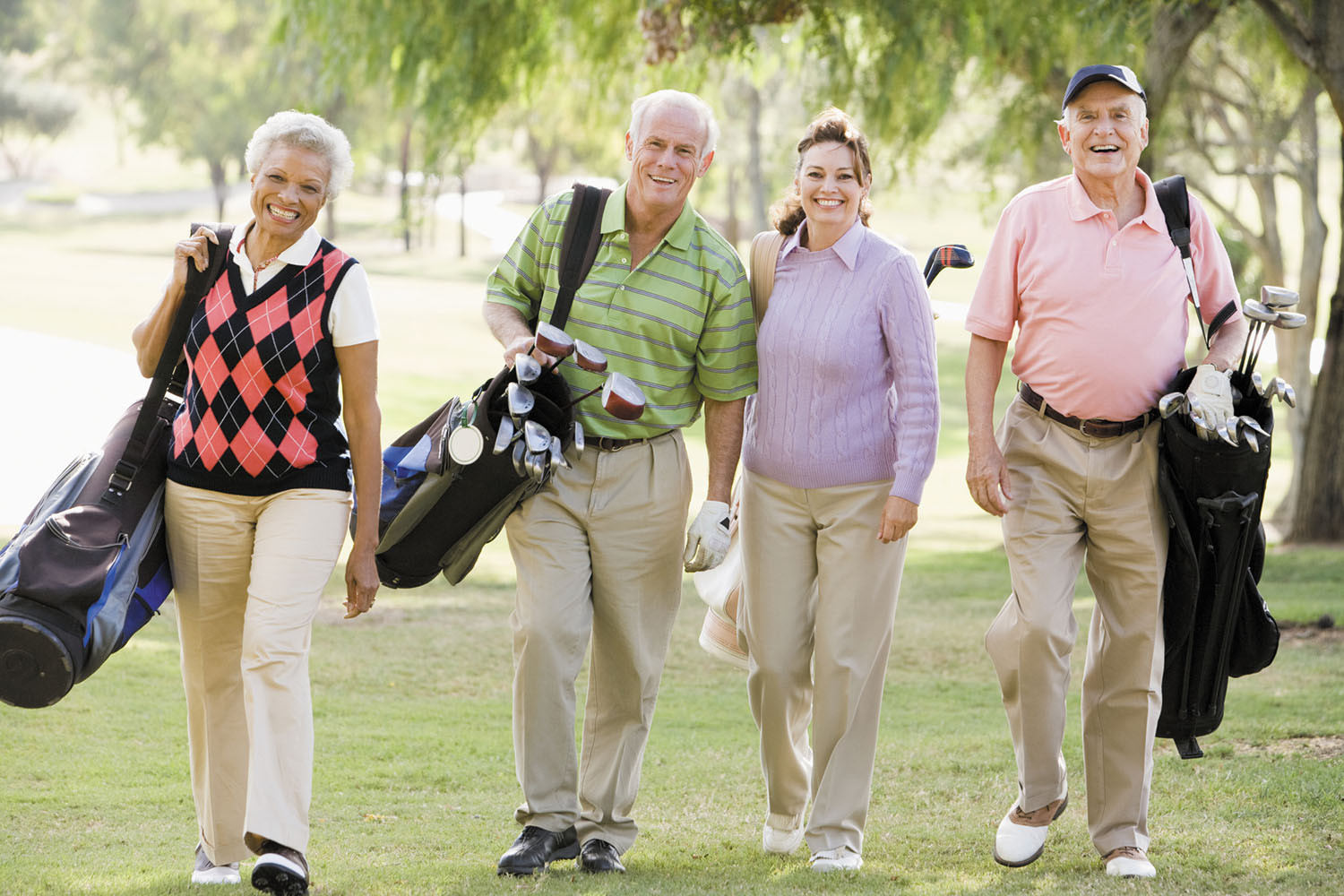 Famously described as "a good walk spoiled," golf is nonetheless a popular sport in the United States, played by an estimated 25 million Americans. And one could argue that rather than spoiling a nice walk, the game instead provides a good way for people of all ages to be physically active and reap other heart-related rewards.

"You're outdoors in a beautiful place with three friends and no phones or computer screens," says Dr. James Muller, a cardiologist at Harvard-affiliated Brigham and Women's Hospital. In today's world, people are often stuck behind their screens and lose touch with their in-person social community. Playing golf helps to remedy that problem.

A longtime golf enthusiast, Dr. Muller typically plays twice a week — carrying his own clubs and walking the entire 18-hole course. That's a distance of between four and five miles, which easily meets the oft-recommended daily fitness goal of 10,000 steps. His bag of clubs weighs about 20 pounds, which adds a little extra effort to his walk. "That way, I don't have to go to the gym as often," he says.

Walking the course also allows you to better appreciate the surrounding nature and fresh air. There's something soothing about being in the midst of all that green space, Dr. Muller says. One of his favorite courses, built on an abandoned phosphate mine in Florida, features rolling hills, small ponds stocked with fish, and abundant birds and other wildlife. The walk also gives you time to strategize about your next shot. For serious players, that intellectual challenge is part of the game's appeal — and the focused relaxation it requires also may help ease stress.

Some courses don't allow golf carts. But at others, carts are mandatory. Years ago, Dr. Muller chose to walk a course where golf carts were required and was stopped by a rule-enforcing ranger. "I said, 'I'm sorry, sir, but I'm a cardiologist and I'm trying to prevent heart disease by getting exercise. Tell that to your boss.' The ranger looked at me and said, 'You know, I've had bypass surgery, and you're right. But you have to follow the rules, so get back in the cart.'"

Another advantage of golf is that you can play well into older age, unlike more strenuous sports, such as basketball or tennis. Even if you aren't physically able to walk the entire course, hitting the ball works your core and arm muscles. It also challenges your balance because as you swing, your trunk rotates and your weight shifts.

At a meeting of the American Stroke Association last February, researchers reported results from a study of nearly 5,900 adults ages 65 and older. Those who played golf regularly (at least once a month) were less likely to die during the 10-year study than non-golfers. But as Dr. Muller notes, people who are healthy enough to play golf likely have other reasons to explain their longevity. "I can't advocate very aggressively for playing golf as a way to live longer. But golf can certainly provide a way to live better," he says. His father, who lived to be 100, shot a hole-in-one (his second ever) at age 92. He attributed his longevity to two things: golf for the body, and bridge for the mind, says Dr. Muller.