Do you need a calcium scan?

This noninvasive test can predict plaque in the heart's arteries. But it is useful only in certain situations. 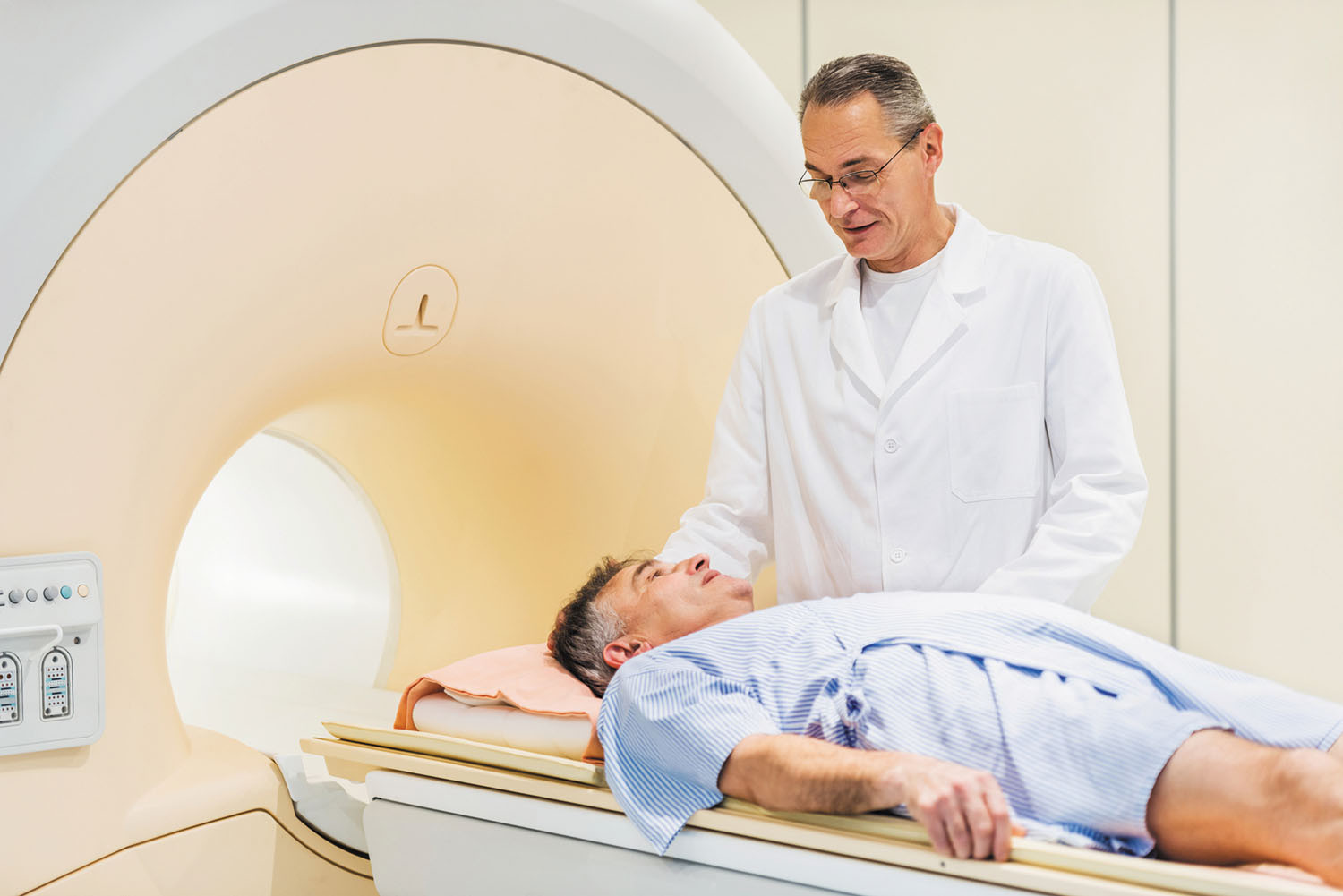 Imagine a 57-year-old man (let's call him Bill) who's in pretty good health — a nonsmoker who eats right and exercises regularly. He takes two drugs to treat high blood pressure. Even though his LDL (bad) cholesterol isn't all that high, his primary care doctor suggests that Bill consider taking a statin to lower his risk of a heart attack.

Bill is a little hesitant to add another drug to his daily regimen, so his doctor tells him about a test that may help with the decision: a coronary artery calcium scan. This noninvasive test, which can reveal dangerous plaque in the heart's arteries, has been available for more than a decade. But calcium scans (as they're often called) are now recognized in official guidelines and are being used far more often than in the past, says Dr. Ron Blankstein, a cardiovascular imaging specialist and preventive cardiologist at Harvard-affiliated Brigham and Women's Hospital.

"A calcium scan is very useful if there's uncertainty about a person's risk of heart disease or the need for statins," he says. Recent studies show that findings from a calcium scan can help refine and sometimes reclassify a person's risk of cardiovascular disease. But the scans — which cost about $150 and usually aren't covered by insurance — aren't appropriate for just anyone. Here's what you need to know about the test and why Bill (and others) might find it helpful.

What is a calcium scan?

The test uses a special computed tomography (CT) scanner, such as an electron beam CT or a multidetector CT machine. The scanner takes multiple pictures of your heart over the course of about 10 seconds. The radiation exposure is similar to the amount received during a mammogram. Combined, the scans produce a view that can reveal specks of calcium in the walls of the heart's arteries. The amount of calcification is scored on a scale from zero to 300 and higher. The lower the score, the less calcium, and in general, the less likelihood of a heart attack or stroke (see "What your calcium score means").

First off, anyone who already has coronary artery disease should not have this test, nor should anyone with a low risk of heart disease, which includes most people under age 40. For both of those groups of people, the test results are unlikely to change their treatment. Anyone who's had a heart attack or another serious cardiovascular event should already be taking a statin, and people at low risk don't need to. Instead, calcium scans are an option for people who fall in between. This intermediate-risk group includes people ages 40 to 75 whose 10-year risk of heart disease or stroke ranges from 7.5% to 20% (see /heartrisk for a calculator).

"But people need to realize that these risk scores are imprecise. For some, they may overestimate risk. For others, especially younger people in their 40 and 50s, they may underestimate risk," says Dr. Blankstein.

Let's say Bill's risk score is 10%, and he decides to have a calcium scan. If his calcium score is zero, meaning his coronary arteries appear to be clear, his risk score is cut in half, says Dr. Blankstein. He could avoid statins, which aren't recommended for people who have less than 7.5% risk over the next 10 years. Because the risk of heart disease rises with age, he might consider a repeat scan in five to 10 years.

But what if his calcium score is 350? When people definitely have plaque, it implies that they have a much higher risk of a future heart attack or stroke. In addition to tipping the balance to statin treatment, the identification of plaque in their arteries can motivate them to change their habits, says Dr. Blankstein. They may be more likely to stick to a healthy diet and exercise regimen. (Note that if your calcium score is higher than zero, there's no point in getting a repeat exam in the future. The calcified portion of the plaque won't disappear, and your treatment advice wouldn't change.)

However, some people at intermediate risk might prefer to skip the scan and just go ahead and take a statin, which is also a reasonable approach, Dr. Blankstein says. Statins are inexpensive and safe, and most people tolerate them well.

The cholesterol guidelines say that calcium scans also may also be appropriate for some people with "borderline" risk scores (5% to 7.5%). Borderline scores tend to be more common among people in their 40s and 50s. Those who have other risk factors — especially a family history of heart disease — might want to consider a calcium scan. For example, let's say Bill is only 42 years old with a risk score of 6%. But if one of his parents had a premature heart attack (before age 55 for men or before age 65 for women), his risk is much higher than someone without that history. So for him, a calcium scan could provide helpful information to guide his treatment.