In some forms of cardiomyopathy, the weakened heart muscle becomes thinned; in other forms it becomes abnormally thickened. In both cases, the ventricles of the heart have trouble pumping blood as effectively as they should. Blood can stagnate in the heart, making it more likely to form clots. If a clot breaks free and enters the circulation, it can cause a stroke if it lodges in an artery that nourishes the brain, or a pulmonary embolism if it lodges in an artery to the lungs.

Cardiomyopathy can be caused by:

In its earlier stages, cardiomyopathy may cause no symptoms. It may be discovered by accident, for example when a chest x-ray performed to diagnose another condition shows an enlarged heart. 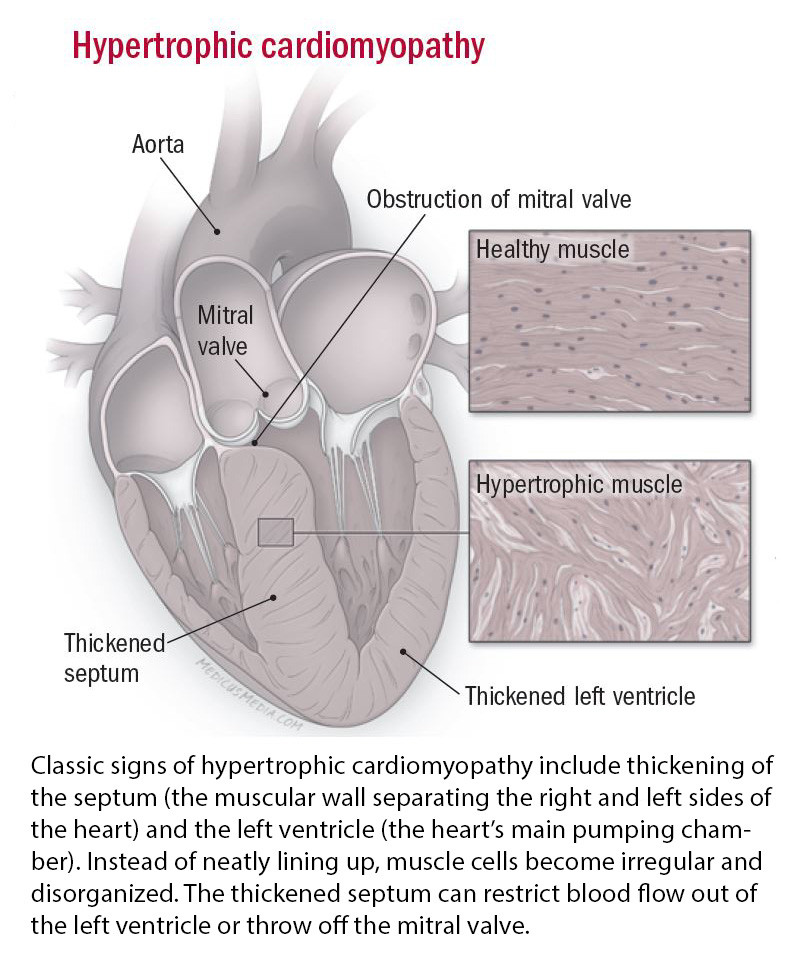 Occasionally, a test called an endomyocardial biopsy is necessary. In this test, a catheter is inserted into a vein in the neck and passed down into the heart. A small piece of the inner heart wall is removed using a tiny metal device at the tip of the catheter. The sample of heart tissue is then examined under the microscope.

There are treatments for all forms of cardiomyopathy, including the two most common causes of symptoms: heart failure and abnormal heart rhythms.

People who have alcoholic cardiomyopathy seem to be particularly sensitive to the effects of alcohol; giving up drinking alcohol is the most important step in treating the condition. After that, the symptoms of heart failure can be controlled with drugs and dietary changes.

Treating hypertrophic cardiomyopathy can help control symptoms of chest pain and shortness of breath. More importantly, it can decrease the risk for sudden cardiac death. Usually this requires taking a beta blocker or calcium channel blocker. A medication to prevent abnormal heart rhythms may also be needed. It's also important to avoid strenuous exercise because it can trigger an abnormal heart rhythm that can cause sudden cardiac death.

Some individuals with cardiomyopathy benefit from the placement of a pacemaker or implantable cardioverter-defibrillator to maintain a steady heart rhythm. 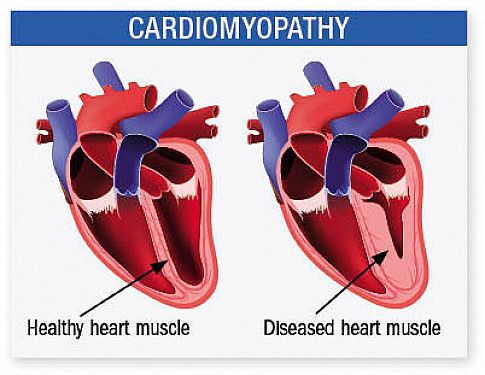 Possible causes of an enlarged heart