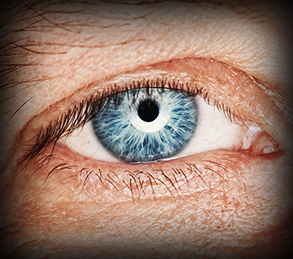 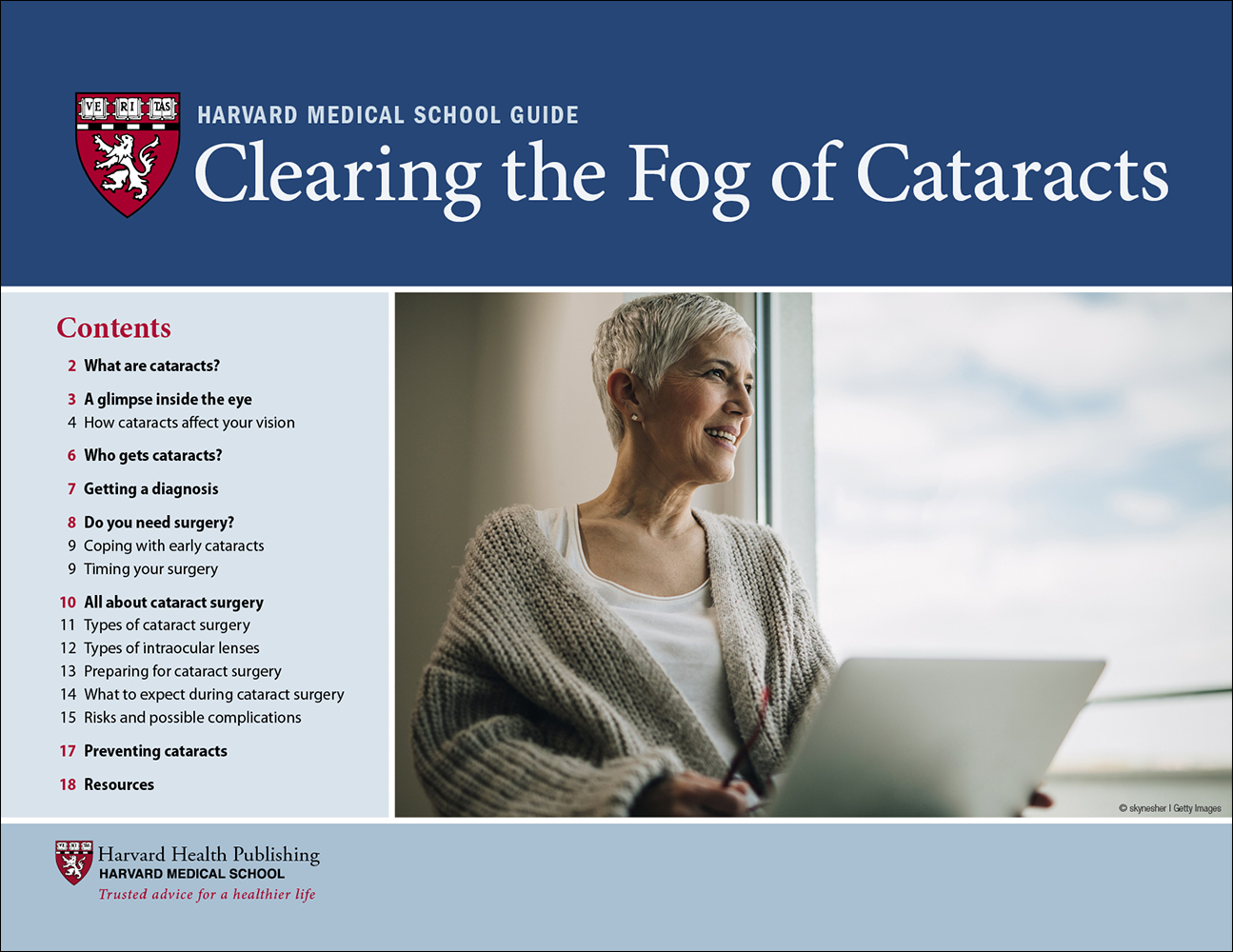 Are there times you notice your vision is hazy… and you worry it could be cataracts?

Impaired vision is a scary thing. It can mean more accidents, trouble with everyday tasks, and even the loss of your precious independence.

And, yes, cataract surgery is an option. It’s got a great success rate and few complications. But who really wants to go under the knife before it’s needed?

Now Harvard doctors reveal everything you need to know about cataracts in the Harvard Medical School Guide Clearing the Fog of Cataracts.

Cataract surgery can give you clearer vision. But is it right for you?

Believe it or not, even if you’re diagnosed with cataracts, you may not need surgery. Now you can discover how simple at-home strategies can help you preserve your active lifestyle while delaying surgery.

You’ll also become a savvy consumer should you and your doctor decide surgery is a good option for you, including how to find the right surgeon, how to prepare for surgery, and things you can do to help keep your eyes healthy during recovery and beyond. .

In this Harvard Medical School Guide, you’ll find out the latest evidence-based solutions including:

If you’re concerned about developing cataracts or you’ve already been diagnosed, be sure to order Clearing the Fog of Cataracts today!

Cataracts come in three types: nuclear sclerotic, cortical, and posterior subcapsular. You may have just one of these types, or a combination of them.

Nuclear sclerotic cataracts are the age-related type of cataract that ophthalmologists see most often. They cloud the nucleus, or center of the lens, turning it yellow and then eventually a brown color. As the cataract darkens, it hardens. Sclerosis is a medical term for hardening.

Because nuclear sclerotic cataracts grow very slowly, several years might pass before you notice any changes to your vision. Distance vision is typically the first to fade. Close-up vision may improve temporarily, a phenomenon sometimes referred to as “second sight.” Eventually, the darkening of the lens will reduce your ability to distinguish details and colors.

Diabetes puts a person at especially high risk of this type of cataract. High blood sugar damages the lens over time, leading to the cortical spoking pattern of cloudiness.

The main symptoms are glare, which can make it hard to drive at night, and blurred vision. Glare may interfere with depth perception, making it hard for you to discern your distance from objects and people.

Posterior subcapsular cataracts form on the back surface (posterior) of the lens, just underneath the lens capsule, a clear membrane that surrounds the lens. This type of cataract causes halo effects and glare in bright sunlight or around lights in the dark. It grows worse much more quickly than the other cataract types—over a period of months rather than years. It may degrade vision drastically in some situations, but not in others. You’re more likely to have this type of cataract if you have diabetes or take steroid medicines.