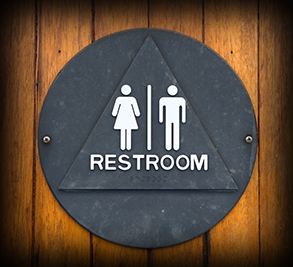 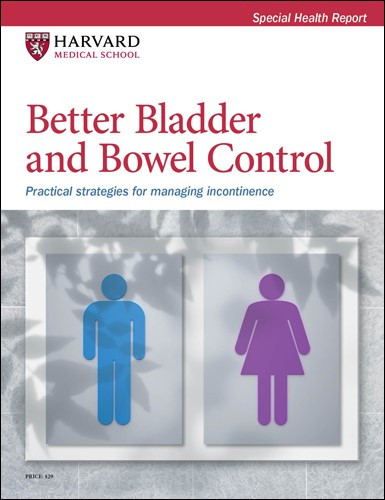 Most people take bladder and bowel control for granted — until something goes wrong. An estimated 32 million adults have incontinence, the unintended loss of urine or feces that is significant enough to make it difficult for them to maintain good hygiene and carry on ordinary social and work lives. What’s the cause? For women, it’s typically a rarely discussed but common result of childbirth and aging. For men, it’s most often a side effect of treatment for prostate problems.

The good news is that treatments are becoming more effective and less invasive. For example, today’s medications for urinary incontinence are easier to use than earlier ones. Exercises can help strengthen the muscles of the pelvic floor, shoring up those that control both bladder and bowel. Surgical options include less invasive outpatient procedures that can work as well as older, open surgical procedures.

This Special Health Report, Better Bladder and Bowel Control, describes the causes of urinary and bowel incontinence and treatments tailored to the specific cause.

Debunking a myth: You do not need eight cups of water a day

The old advice to drink at least eight glasses of water a day no longer holds water, so to speak — particularly if you are prone to urinary incontinence. Instead, 48 ounces to 64 ounces a day — six to eight cups — is fine. And that total includes all fluids, not just water.

Where did the old recommendation come from? Some experts think it was based on a misunderstanding. It has been traced to the 1940s, when the National Academy of Sciences published a recommended daily intake of 1 milliliter of fluid for each calorie burned — a little over eight cups for a typical 2,000-calorie diet. However, the statement then explained that most of this fluid could be obtained via the liquid contained in foods.

Regardless, the eight-glasses-a-day dictum caught on. Indeed, today people frequently consume much more as they tote giant water bottles, buy supersized soft drinks, and follow programs that promise you can lose weight by drinking as much as a quart of fluid at a time. Other people drink extra water or other liquids as part of a special diet that purports to purify or detoxify the liver or other body organs. But if you have normal liver and kidney function, these organs will rid the body of toxins on their own. And drinking water won’t help you lose weight unless you are drinking it to replace high-calorie drinks you might ordinarily consume, such as sugary soda and fruit juice.

Another myth is that you should drink enough water to produce clear urine. In fact, normal urine is about as yellow as a legal pad or post-it note. If your urine is clear or almost clear, you are probably drinking more fluid than you need.