What you can do about floaters and flashes in the eye 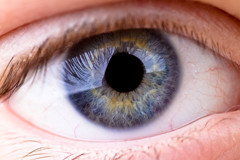 "Floaters" and flashes are a common sight for many people. Floater is a catchall term for the specks, threads, or cobweb-like images that occasionally drift across the line of vision. Flashes are sparks or strands of light that flicker across the visual field. Both are usually harmless. But they can be a warning sign of trouble in the eye, especially when they suddenly appear or become more plentiful.

A floater is a tiny cluster of cells or fleck of protein lodged in the vitreous humor. This clear, stable gel, which looks like raw egg white, supports and fills the rear two-thirds of the eyeball (see "The inside story"). The vitreous provides a pathway for light coming into the eye through the lens. The vitreous connects to the retina, the patch of light-sensitive cells along the back of the eye that captures images and sends them to the brain via the optic nerve. 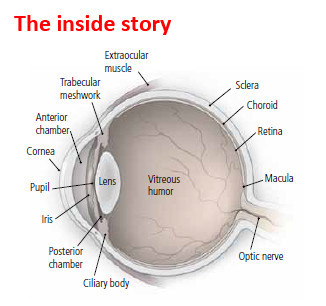 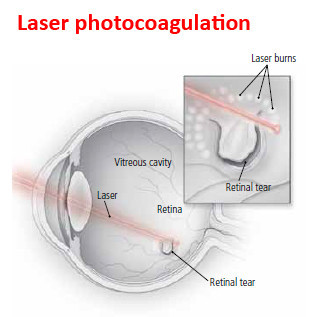 If you experience any of these warning signs, call your doctor right away. You will need to see an ophthalmologist for an eye exam as soon as possible. If a tear is detected early, treatment can prevent the retina from detaching. Tears can be treated several ways. Pinpoints of laser light can be used to fuse the retina to the back wall of the eye (see "Laser photocoagulation"). Extreme cold, a procedure called cryopexy, does much the same thing.