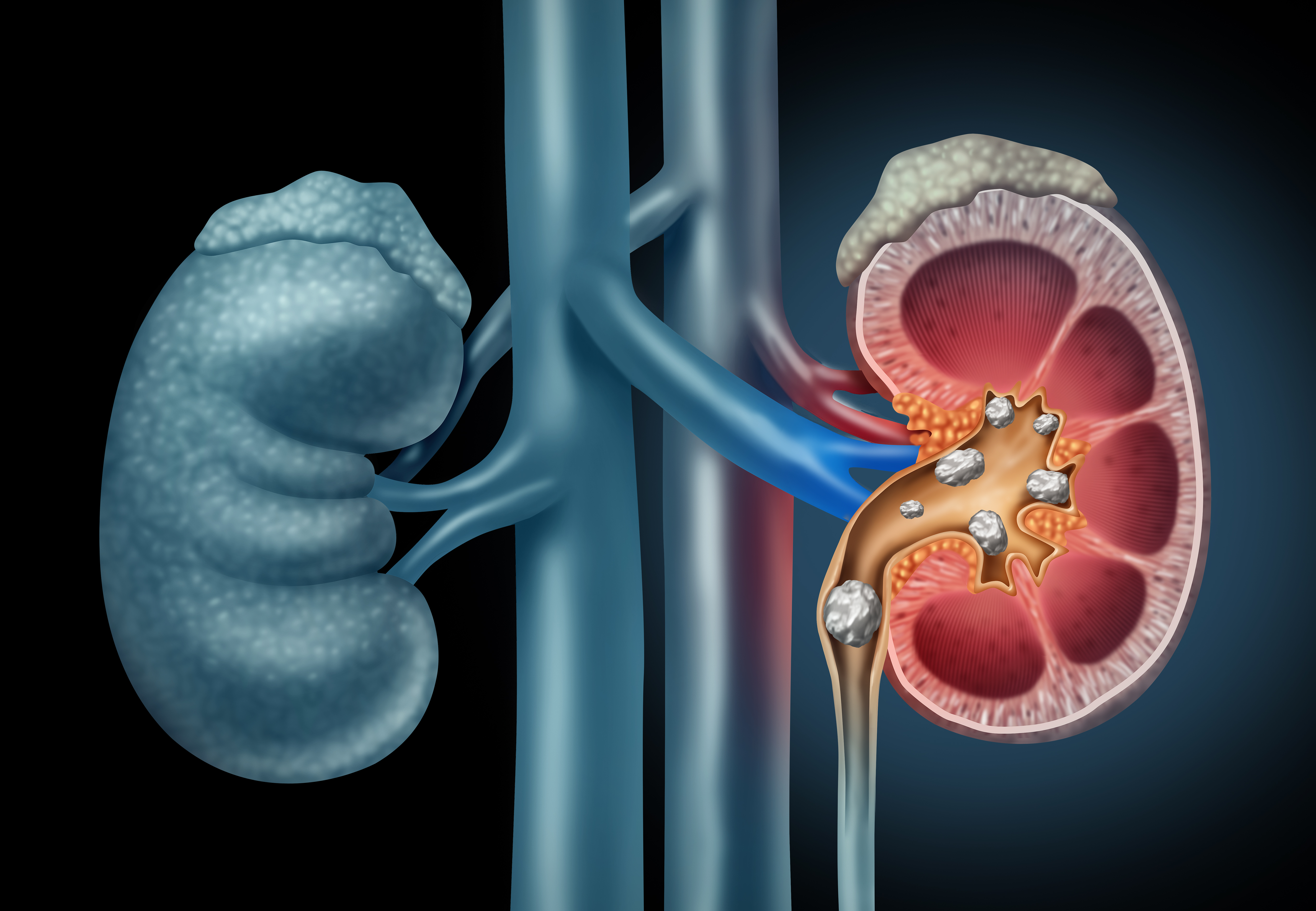 Stone disease has plagued humanity since ancient times. Kidney stones have been identified in Egyptian mummies. The Hippocratic oath describes their treatment: “I will not use the knife, not even verily, on sufferers from stone, but I will give place to such as are craftsmen therein.”

Who gets kidney stones and why?

The lifetime risk of kidney stones among adults in the US is approximately 9%, and it appears that global warming may be increasing that risk. (As the climate warms, human beings are more likely to get dehydrated, which increases the risk of stone formation.) There are four major types of kidney stones: calcium oxalate/calcium phosphate, uric acid, struvite (magnesium ammonium phosphate), and cystine.

Anyone with symptoms of kidney stones should be referred to a urologist. The initial evaluation will often include blood, urine, and imaging studies. Decisions about testing, and ultimately treatment, should be made jointly by the physician and the patient. Let’s look at specific risk factors and treatment for each of the major stone types.

Calcium stones are the most common type of kidney stones, and can be either calcium oxalate or calcium phosphate. As mentioned, good hydration is important to prevent calcium stones. It may be surprising, but results of a randomized clinical trial show that people with calcium kidney stones should not cut back on dietary calcium. In fact, they should consume the recommended daily allowance of calcium (1,000 mg/day for women younger than 50 years old and men younger than 70, and 1,200 mg/day for women over 50 and men over 70). Why? Calcium binds to oxalate in the intestine and prevents its absorption through the gut, so there is less in the urine to form stones. Ideally, calcium should come from food. Talk with your doctor before taking calcium supplements, and increasing fluid intake might be beneficial depending on how much calcium you take.

Foods high in oxalates (nuts, spinach, potatoes, tea, and chocolate) can increase the amount of oxalate in the urine. Consume these in moderation.

Calcium phosphate stones are less common than calcium oxalate stones. Causes include hyperparathyroidism (when the body produces too much parathyroid hormone), renal tubular acidosis (a kidney condition that causes a buildup of acid in the body), and urinary tract infections. It is important to understand if one of these conditions is behind the formation of calcium phosphate stones.

Good hydration can help prevent recurrence of calcium stones. In addition, thiazide diuretics such as hydrochlorothiazide can help the kidney absorb more calcium, leaving less of it in the urine where it can form stones. Potassium citrate is another medication that can bind to calcium and help keep calcium oxalate and calcium phosphate in the urine from forming into stones.

Struvite stones are composed of magnesium ammonium phosphate, and form in alkaline urine. The most common cause of struvite stones is a bacterial infection that raises the urine pH to neutral or alkaline. Acetohydroxamic acid (AHA) can reduce urine pH and ammonia levels and help dissolve stones.

Cystinuria is a genetic condition. It results in high levels of cystine (an amino acid) in the urine, which then forms into kidney stones. Most cystine stones can be managed by increasing hydration and medications that change the pH of the urine. If that isn’t enough to control stones, then another medication can be added.

All kidney stone sufferers should remember the phrase, “Dilution is the solution to the pollution.” Good hydration is a safe and useful therapy for all stone formers. That said, it is important to have a thorough discussion with a urologist about the right approach to evaluation, treatment, and strategies to keep new stones from forming.

Climate-related increase in the prevalence of urolithiasis in the United States. Proceedings of the National Academy of Sciences, July 2008.

Management of cystinuria. The Urologic Clinics of North America, August 2007.

Related Information: What to Do About Kidney Stones