The complicated relationship between fish oil and heart health 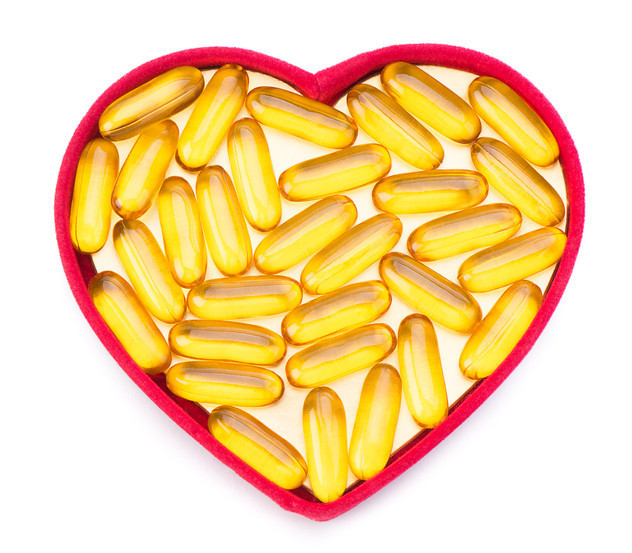 For nearly two decades, the American Heart Association (AHA) has recommended that people with coronary heart disease (CHD) consume omega-3-fatty acids (the kinds of fatty acids found in fish and fish oil) to prevent another heart attack. This recommendation was based on early randomized, controlled trials, which found that fish oil supplementation was associated with lower rates of stroke, heart attack, and death in people who already had heart disease. On the other hand, the impact of fish oil supplements on preventing a first heart attack or stroke (primary prevention) was never clearly demonstrated.

Recently there have been large trials examining the complex relationship between fish oil and heart health. The results have been mixed and somewhat confusing, leaving both patients and physicians to wonder: will fish oil supplements reduce my risk of heart disease?

What's the connection between fish oil and heart health?

How might omega-3-fatty acids found in fish oil provide heart health? Multiple possibilities have been proposed and are supported by animal research. These protective mechanisms include

Despite these animal data, clinical studies in humans have not consistently supported the protective benefits of fish oil supplementation.

A meta-analysis published in JAMA Cardiology found no clear benefit to fish oil supplements in preventing heart disease or major cardiovascular disease (CVD) events such as heart attack or stroke, in people who were at increased risk for CVD.

This was followed by the publication of the ASCEND and VITAL trials, both with mixed results. In ASCEND, which examined diabetic patients without known CHD, fish oil supplements did not reduce heart attacks or strokes, but did significantly lower risk of death from heart attack and stroke. VITAL examined the effects of fish oil on primary prevention in people with regular risk of heart disease, and also failed to find a significant reduction in all major CVD events. However, there were fewer heart attacks in study subjects who took fish oil supplements, particularly in those who did not eat fish.

The REDUCE-IT trial was published next. This trial looked at the effect of high-dose fish oil supplements on people with high blood triglyceride levels who were at elevated CVD risk. In contrast to previous studies, REDUCE-IT found a significant reduction in cardiovascular events among study subjects who took the high-dose fish oil supplements. While most studies have tested 1 gram or less of fish oil with a combination of eicosapentaenoic acid (EPA) and docosahexaenoic (DHA), REDUCE-IT used a dose of 4 grams of EPA alone. (Vascepa, a prescription version of the EPA fish oil supplement used in REDUCE-IT, is FDA-approved to treat very high triglyceride levels of 500 mg/dl or higher. In November, the FDA expanded its approval of Vascepa; it can now be prescribed to reduce the risk of cardiovascular events like heart attack and stroke.)

In October 2019, a repeat of the JAMA Cardiology meta-analysis, but now including 13 trials instead of the original 10, was published in the Journal of the American Heart Association. The addition of these three trials increased the sample size by almost 65%, from 77,917 study participants to 127,477 participants. In reanalyzing the expanded data, researchers found that fish oil omega?3 supplements lowered risk for heart attack and CHD death. There was no effect on stroke. Interestingly, risk reductions appeared to be linearly related to omega?3 dose. In other words, the higher the dose, the greater the risk reduction.

Omega-3 supplements from fish oil appear to be heart-healthy and have a protective effect on CHD. But before we all start reaching for supplements, it may be worth following a heart-healthy diet full of fresh fruits and vegetables, with lean protein such as fish, as recommended by the AHA. For those of us at highest risk, especially those with elevated triglyceride levels, it is worth speaking with your physician about high dose EPA fish oil supplements.