Suicide is forever, but the stress leading up to it is often temporary 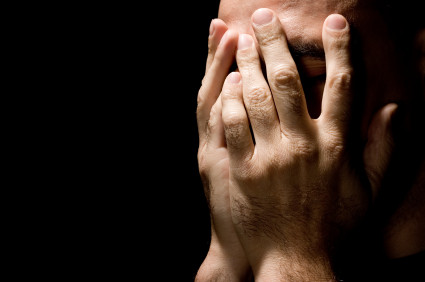 My friend, let’s call him Tom, was charismatic. In his Texas drawl, he’d describe his latest adventure as a pilot or offer secrets to grilling the best steak ever, which—he would explain—only a Texan like himself really knew. Six months ago, on a Sunday morning, this vibrant, funny, kind-hearted man ended his life with a single bullet. Just 31 years old, he left behind a toddler and his former wife, along with many family members and friends who felt stunned, grief-stricken, angry, guilty, and bewildered. Me among them.

One of my tasks was to update the section on suicide. In the aftermath of Tom’s death, one fact struck me in particular: Many suicides (estimates range from 30% to 80%) are impulsive, with just minutes or an hour elapsing between the time a person decides upon suicide and when he or she commits the act. Yet the stressful events that lead to suicidal thoughts are often temporary, such as losing a job or having a romantic relationship end.

An article in the New England Journal of Medicine noted that at least nine out of 10 people who survive a suicide attempt do not commit suicide at a later date. This fact holds true even for those whose resolve was so deep that they chose seemingly surefire methods, such as leaping in front of a train or a bullet to the head. The take-home message: All is not lost. What you’re feeling now won’t always hold this much sway over your life. You can feel better again, and treatment can help.

At first, the information I learned from the New England Journal just made me sadder. It underscored how senseless Tom’s death was. I would think, “If only he’d held on…” But soon I saw that it could offer great comfort to people considering suicide. So, too, can the data on the effectiveness of depression treatments.

As the “Understanding Depression” report points out, seven out of 10 people who stick with treatment for depression get enough relief that they no longer consider themselves depressed. For many others, treatment reduces symptoms enough that their quality of life is vastly improved.

If you think you might hurt yourself, call the National Suicide Prevention Lifeline at 800-273-TALK (8255) or a local hot line and speak with a crisis counselor. Or talk to your doctor or a mental health professional. The same advice holds true if you think a loved one is in danger of becoming self-destructive. It may also be helpful to familiarize yourself with some of the things that can increase an individual’s risk of committing suicide.

What does a person do when the stress isn’t temporary. I live with Borderle Personality Disorder. That makes my life very stressful on a day-to-day basis. On top of that I live with some extreme pain. Couple that with the fact that I am losing interest in most things that have made my life worthwhile.

So I Have, to comment here. You all who feel hurt surprised lost, due to a friend or worse close family member take their life.
people “like” you. That are in my life are the only reason I don’t go through with it. I know that I only leave a larger burden to my dad and my girlfriend by being selfish, I feel the days although some get better, in the end only gets better because things got worse first….

One doesn’t have to have major depressive disorder, bipolar or any other technical mental illness to be suffering and have chronic suicidal thoughts. Maybe circumstances such as brain surgery that have left someone with cognitive deficits and an altered personality could do it. Especially when you have a fast-paced, high stress job and your employer (who employs over 10000 people) refuses to make reasonable accommodations for you even with pages and pages of medical documentation from your neurologist and neurosurgeon. I’m sure mental illness is no picnic, but neither is recovering from a temporal lobe resection and brain tumor excision while working 60 hours a week just to meet performance expectations. And the accompanying stress seizures and epileptic seizures that remain that I simply have to “work through” leave me feeling hopeless. “Get a new job” all my doctors say. Try as I might, its just not as simple as that in this economy. So I simply survive. No enjoyment. Lots of tears behind closed doors (I get in trouble at work for crying), a few psych ward stays for suicide plans, but no mental illness. Just hopelessness. And I’m categorized as “work stress.” I guess I’m venting. It just isn’t fair. I just turned 30. Feels like my life is over before it’s really begun. I’ve been “surviving” for a year and a half. Who wants to live like that???

Hi!
It has always been easier to define mental illness to define mental health. However, It is very nice to know that now a days many people around the world are busy in the promotion and publication of issues related to mental health. People suffering from such diseases are generally reluctant to go for their complete medical check up because they believe they are not ill. Women seeking abortions, soldiers fighting immoral wars and even our teenagers are more likely to suffer. Mental health issues ultimately result in family dysfunction. I suggest to all to take advantage of a dedicated team of mental health specialists without which it is almost impossible to cope with this rapidly emerging issue of the society.

If only those would store guns in cabinets if owning them is something they insist on doing.

I lost my only son to suicide when he was 24. He suffered from depression for many years and saw a number of psychologists. He learned how to tell the doctors exactly what they wanted to hear. He was suicidial many times through the years and after treatment the doctors said he was fine,good, etc… I knew he was suffering but things seemed better and I really didn’t see it coming. He went to walmart on friday nite, bought a rifle, spent saturday visiting places he hung out at, he never came to see us,his sister saw him late saturday nite and when she went back to where he was, he was gone. Sunday morning his body was found outside his apartment. He planned it many times before so it was just a matter of the final act. I truly think he lost all hope that things would ever change. Hope can make or break us, hope that tomorrow will be better, hope is never lost. Severe depression takes away the hope for tomorrow. I know because after he died I spent three years depressed. And although I never once wanted to kill myself, I did not care if I lived or died. I made it through but this is a horrible final act and any family or friend that has to go through it knows how hard it truly is. We need to take the stigma of depression away. It is a disease that needs much more attention and I pray we can help those in need.

Having experienced suicide in my family I’m not sure how we can help until the shame and stigma of depression and mental illness disappears completely. My family member was in the military. He thought seeking help for his depression would be seen as a weakness by his superior officers. So sad and such a waste of a talented life.

I am a child psychiatrist and assistant professor of psychiatry at Harvard Medical School and wrote a memoir In Her Wake about losing my mother to suicide when I was four years old. I so appreciate you highlighting the level of impulsivity that often accompanies a completed suicide attempt. In the Harvard School of Public Health (www.meansmatters) they highlight the important message about access to guns and the transient nature sometimes of suicide impulses. I agree that it is so important to get preventive messages across as a way to mitigate the pain and loss of losing those we love.
Thank you for advocating for treatment and the temporary nature of depression in a time when people can feel despair.
Sincerely, Nancy Rappaport (www.inherwake.com)