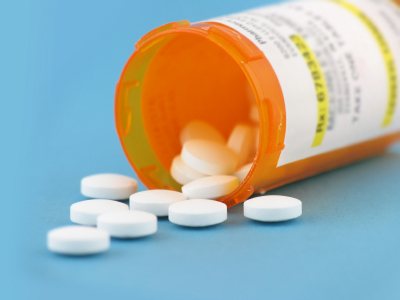 The latest guidelines used to determine who should take a cholesterol-lowering statin to prevent heart disease appear to be more accurate and cost-efficient than the previous guidelines. That’s according to two studies led by Harvard researchers, both published in this week’s Journal of the American Medical Association.

For many years, the main deciding factor in who needed to take a statin was the level of an individual’s harmful low-density lipoprotein cholesterol (LDL). Updated guidelines published in 2013 by the American College of Cardiology and the American Heart Association moved away from LDL and instead recommend a statin for men and women between the ages of 40 and 75 who have a 7.5% or higher risk of having a heart attack or stroke over the next 10 years. (You can use this online calculator to estimate your own risk; you’ll need your total and HDL cholesterol values and your blood pressure.) Commonly prescribed statins include atorvastatin (Lipitor) and simvastatin (Zocor).

Soon after the new guidelines were released, two Harvard experts argued that they went too far, citing concerns that the calculator often overestimated the risk of having a heart attack or stroke. Cardiologist Paul Ridker and epidemiologist Nancy Cook made the case that by following the new guidelines, many healthy adults would end up taking a statin but get little benefit from the drug while running the risk of developing side effects such as muscle pain and diabetes.

One of the JAMA studies looked at 2,435 people from the long-running Framingham Heart study who were not taking a statin. Senior author Dr. Udo Hoffmann, professor of radiology at Harvard-affiliated Massachusetts General Hospital, and colleagues determined that 39% of the study participants would have been eligible to take a statin under the new guidelines, versus 14% under the older guidelines. They then looked at the numbers of heart attacks, strokes, and deaths from cardiovascular disease in both groups over a nearly 10-year period. The rates in both groups were nearly the same (just over 6%), suggesting that the new guidelines wouldn’t put too many people on the drugs unnecessarily. And when they looked at the people who weren’t eligible for a statin under the new guidelines, just 1% had a heart attack or stroke. Under the old ones, 2.4% did. That suggests that the new guidelines provide a more accurate assessment of who would benefit from a statin and who wouldn’t.

The other JAMA study relied on a computer model to calculate the cost-effectiveness of the new guidelines. The model projected the costs for a hypothetical group of Americans between the ages of 40 and 75 who would take a statin based on the new guidelines. These costs include the expense of cholesterol testing, medications, lab and doctor visits, as well as the cost of treating heart attacks and strokes, said senior author Dr. Thomas A. Gaziano, assistant professor in the Department of Health Policy and Management and cardiologist at Brigham and Women’s Hospital. The downsides of taking a statin, including the inconvenience of taking a daily pill and a slightly higher risk of diabetes related to statin use were also part of the equation. Another key factor in the model was a measure known as the quality-adjusted life-year, which measures the burden of a disease in terms of both the quality and quantity of life lived.

The model showed that the new guidelines — which would put almost half of adults aged 40 to 75 on a statin — would be cost-effective. In fact, the model predicted that lowering the threshold for prescribing statins down from a 7.5% 10-year risk to a 3% 10-year risk would save even more money. In that scenario, about two-thirds of adults between the ages of 40 and 75 would be taking a statin.

One explanation for the results: Most statins are now available as generics, so the annual cost of taking them has dropped from several thousand dollars a year to around $100 a year.

If all this has you wondering if you should be taking a statin — particularly if your risk is around 7.5% or lower — here’s another way to think about the decision. Statins lower the risk of a heart attack by about 20%. “If you’re in a low risk group, say 5%, taking a statin reduces your risk down to 4%,” explains Dr. Gaziano. Some people in that group might decide it’s not worth the hassle of taking a drug every day for a very small benefit. But others might want to do everything they possibly can to lower their risk, he says. That’s why it’s so important to have a discussion with your doctor about your own situation and preferences.

Finally, don’t neglect the other important ways to lower your risk of heart disease. “The World Health Organization says that about 80% of all heart disease could be prevented by lifestyle changes,” says Dr. John Abramson, a lecturer on health care policy at Harvard Medical School. That means eating a healthier diet, getting regular exercise, and not smoking. “Statins are the most broadly used class of prescription medications in the history of the world, but there’s never been a study comparing them to making lifestyle changes,” says Dr. Abramson.