Muscle problems caused by statins: Can a genetic test reveal your risk? 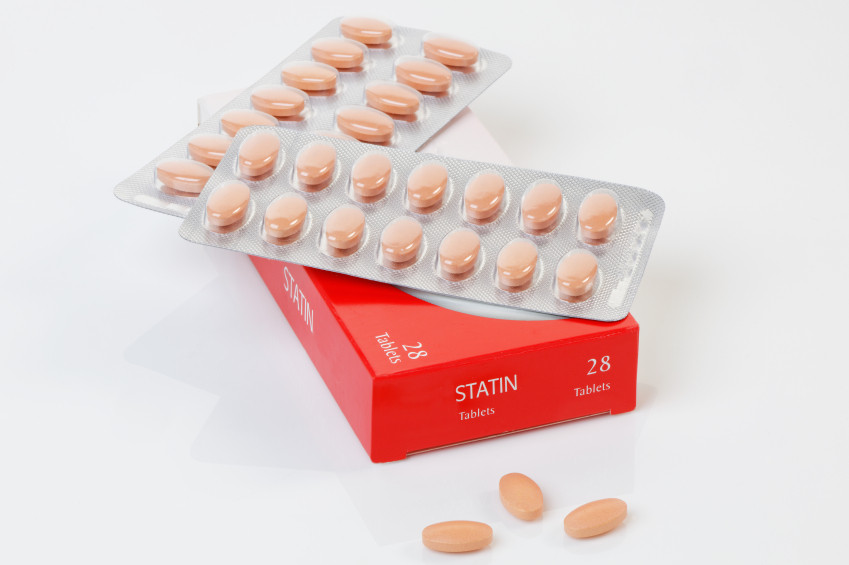 In the United States, more than 40% of people ages 60 and older take a cholesterol-lowering statin to reduce their risk of a heart attack. But up to half of people who are prescribed these drugs quit taking them because they experience what they believe to be statin-related side effects — most often muscle pain. Others avoid statins altogether because of that worry. That’s why many people might be curious about a mail-order genetic test called StatinSmart, which bills itself as the first test to identify a person’s risk of experiencing muscle pain from a statin.

But here’s the rub: muscle problems can range from mild to serious, and the terms experts use to describe them can be confusing. The StatinSmart website says 29% of people who take a statin develop “statin-induced myopathy,” which they define as muscle aches, pains, weakness, or cramps.

“That seems like a gross overestimate of the symptoms that are actually caused by statins,” says Dr. Kiran Musunuru, assistant professor of medicine at Harvard Medical School. He and other doctors concur that some people who take statins develop debilitating aches and pains that then go away once they stop taking the drug. But those people represent just a small percentage of statin users. Among the 60-plus crowd, who are the most likely to be prescribed a statin, muscle-related symptoms are fairly common and have many causes, including strenuous exercise, infections, or other health problems.

In the study used to validate StatinSmart’s genetic test, the researchers defined myopathy as symptoms of myalgia (muscle pain) in addition to a creatine kinase (CK) level more than 10 times higher than normal. CK is an enzyme in the blood that rises in response to muscle damage. This type of myopathy is very serious but quite rare, affecting about one in 1,000 people who take statins, says Dr. Musunuru.

What exactly does StatinSmart measure? Using genetic material from a small sample of your saliva, the test analyzes a gene called SLCO1B1. Variants in this gene, which affects a protein that helps shuttle statins into the liver, are linked to the rare form of statin-induced myopathy.

A family history of myopathy?

So should anyone consider taking this test, which costs $99? “If we had an alternative drug that was proven to lower heart attack risk just as effectively and inexpensively as a statin, then yes, it might make sense,” says Dr. Musunuru. People who had the gene variant could then take the alternative drug.

For most people, the very low risk of serious myopathy is outweighed by the benefit of a statin. But if one of your close relatives (a parent or sibling) had statin-induced myopathy, then the StatinSmart test may be a reasonable idea, says Dr. Musunuru. You should do so in collaboration with your physician (as the company recommends), who can tailor your statin therapy according to your results.

If you develop muscle pain or weakness while taking a statin, your doctor may advise you to stop taking it, wait a month or two, then try taking it again. If the muscle trouble returns, your doctor can change the dose or type of statin or take you off the drug. Of course, if you have any persistent, unexplained muscle pain, ask your doctor about CK testing whether or not you’re taking a statin.

Many Drs. don’t even know that having untreated hypothyroid problems, with TSH above 2 often spikes cholesterol levels. My Uncle’s PCP actually put him on Synthroid vs. Statin for high cholesterol. It worked! I had high cholesterol at age 29, later dx’d with autoimmune hypothyroidism. On thyroid cholesterol #s are normal ranges. Problem with most docs; too specialized and easily swayed by big pharma. Why bother taking a cheap dose of Levothyroxine when you can go broke on statin drugs? Go see a D.O. and have your damn thyroid checked first folks!

So far four of us have had reactions to stations in my family. I was on them for 7 years and they ruined my life. The texture of my muscles changed. I developed acid reflux with pre cancerous changes in my throat. Because I had no gag reflex I almost choked to death. I could barely walk. I was dumped into the pain management program three times. I want from active to forced sedentary and gained seventy pounds. My toenails even turned black. Maybe doctors should listen to their patients better. My cousin landed in in the ER twice. He’s the base commander and male so they had to listen to him. Now I’m refusing to take any statins and trying to repair the damage that was done because nobody could hear me. They want me back on statins and I’ve told them to run a DNA test to see if any won’t put me back into pain hell. Even my ADHD got better after I stopped the stuff. Statins aren’t harmless.

Thank you for this article. Based on the number of people on statins who asked me about their problems muscle spasms while on statins, I would recommend that anyone who plans to take any longterm medication, especially a statin, should do a bit of research first beyond what is stated—and be tested before or at the first sign on anything “weird” happening even if it’s not on the accompanying literature with the drug or known by one’s doctor. (Also, to note, there is a 2002 study showing that one does not need a really high CK to have damage.)

In 2002 the World Health Organization recommended that doctors tell patients who take statins to be aware of muscle pain, muscle weakness and muscle cramps. However, muscle cramps were not included on the warnings in this country. Thus, when I had debilitating cramping after a few months on a low dose of Vytorin (Zocor/Zetia) no one could figure out what was the cause. When I was checked at a prestigious clinic, I was told that I was in great shape and that I should continue to engage in physical activities such as running and playing tennis. Within five days of that appointment, all hell broke loose. It took me 4 1/2 years to actively recover. I had neuromuscular damage in a leg muscle, myopathy, exhaustion, painful weakened legs, a tremor, I began to slur words, couldn’t find the right words, had an insatiable itch on my back, a rash on my leg, and it triggered lifelong ulcerative colitis. (These were all known side effects, but not well known.) I went to see a cardiologist to see if I “needed” a statin. He had seen about 600 others with statin toxicity at that point. After reading as many studies as I could locate in the next two years, among many other things, I found that no otherwise healthy woman should ever go near a statin.

Dx with CIDP 11 yrs ago. Because of muscle weakness I’ve been on zeita my numbers are lower but could be lower..
My new problem is sugar in my urine,
250 and A1C 5. I am not a diabetic. I would like to take a genetic test.

Tried a variety of statins and all caused belly pain, severe enough to wind up in ER. Spent all day being tested for liver, gall-bladder, pancreas, and appendicitis. Lactase levels were high and only after I told doctors that I may have a reaction to Crestor, did they suspect that was the cause.
Took the genetic test and found I have a problem with statins.
Tried PRALUENT injection and had similar pains.
1 in 1000 sounds too low – I suspect half the people should avoid statins.

Problems with statins go well beyond muscle problems. There is currently a class action suit against one statin that has been shown to increase the risk of Type 2 diabetes. Even more disturbing is the subject of tendon rupture which has been well documented even by physicians, and long term studies. The flyer provided by my former provider warns, that if one is planning on a long run, they are to stop taking their statin, for 2 weeks prior, and then to resume after the marathon. This, to me, is an admission of one of the many negative side effects of statins, and yet it is still over prescribed, as in my case, by my endocrinologist because I am a type 1 diabetic. He prescribed it to me solely as a preventative, in case my cholesterol should rise. My cholesterol was never elevated, and if fact it dropped even more when stopped taking the statin. Unfortunately this was before I stopped it, and suffered a bilateral quadriceps tendon rupture.
Even vitamin companies now, that sell Coenzyme Q, have warning labels that statins will effect the absorption. So even for those with elevated levels of cholesterol, should consider the alternative options such as proper diet and exercise, instead of relying on just popping a pill. Its time our cardiologists suggest this life style to their patients.

I have a shaky problem I’ve had for 40 yrs 75 now, the shakes and weakness makes it hard to play guitar and sing. In the past i would eat a bit and come out of it and was told borderline gloseemic. Now doctor said they are monitoring my situation. If i don’t find the answer I will lose my job with group plus I am using a Cain and have back problems Want to find answer to my problem plus the medical cost is large. Doctors seem to be baffled for some reason. Had deere like tic bits at 15 years of age but never had it checked what to do I have no clue? please write if you had this and found the problem.