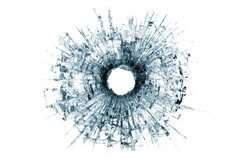 The gun control proposals that President Barack Obama unveiled yesterday highlight the intensely personal nature of this issue. The President promised to “put everything I’ve got” into pursuing gun control. It’s equally personal for gun control opponents, who see these efforts as moves against their right to bear arms.

What’s the problem, and is gun control the solution? The problem is acts of violence, using guns.  What do we know from public health studies about how big the problem is, and what works to reduce gun violence?

In 2011, the last year for which we have complete statistics, 32,163 American men, women, and children were killed by firearms. That’s almost exactly the number killed in automobile accidents.  It’s nearly seven times the number of U.S. combat deaths in Iraq and Afghanistan since the start of those conflicts, more than 10 years ago. It’s half as many as have died from diabetes, a disease that affects nearly 30 million Americans.  In other words, it’s  a staggering loss of life.

Now, only about a third of deaths from guns are homicides, such as happened in Newtown, Connecticut. Some are accidents, and others are suicides. But deaths by accident or suicide are also tragedies.

One way to sidestep the contentious debate over gun control would be to focus more effort on preventing gun violence. In a compelling article, three of my colleagues at Harvard make the case for approaching gun violence as we have tackled other serious public health issues. Writing in JAMA, Drs. Dariush Mozaffarian, David Hemenway, and David Ludwig summarize lessons learned from successful efforts at reducing deaths from smoking, motor vehicle accidents, and poisoning and suggest ways to apply similar approaches to stemming gun violence.

Take motor vehicle deaths. Cars and trucks are useful devices that are generally driven safely and responsibly but that can be misused, often with deadly consequences. The authors note that without banning the automobile, efforts such as implementing safety standards, making cars safer to drive, and improving roadways have reduced death rates per mile driven by 90%. A similar concerted approach could work for reducing firearm-related deaths.

I’m a physician scientist. I believe the way we solve problems is by studying different approaches to them. That’s how we learned how to cure most cases of acute lymphoblastic leukemia in kids, and most cases of pneumonia in adults. That’s one important part of the reason that the average U.S. citizen lived just about 50 years in 1900, and nearly 80 years in the year 2000. Research has resulted in these breakthroughs. Research has saved millions from premature death.

Gun violence is no different: it’s a serious problem, and it requires research. That’s why a second Viewpoint article in JAMA, by Drs. Arthur Kellerman and Frederick Rivara, is so disturbing. In 1996, Congress severely curtailed research into gun-related violence by de-funding the CDC’s research on firearm injury research. Congress stipulated that no funds made available to the CDC for injury prevention and control could be used to advocate for or promote gun control. In other words, the same Congress that has funded most health research more generously than the governments of any other nation has specifically prohibited learning more about a problem that has killed about 400,000 U.S. citizens since 2000. Does that make sense?

Exactly what was or was not permitted under the Congressional mandate was unclear. “But no federal employee was willing to risk his or her career or the agency’s funding to find out,” write Kellerman and Rivara. “Extramural support for firearm injury prevention research quickly dried up. Even today, 17 years after this legislative action, the CDC’s website lacks specific links to information about preventing firearm-related violence.”

One of President Obama’s new proposals lifts the ban on gun violence research by the CDC.

I applaud the authors of these two papers and others who are trying to reframe the gun control debate. (Watch a forum on the topic from the Harvard School of Public Health.) By talking about it as a public health issue, and treating it that way, we may be able to save thousands of lives that are now needlessly lost each year.