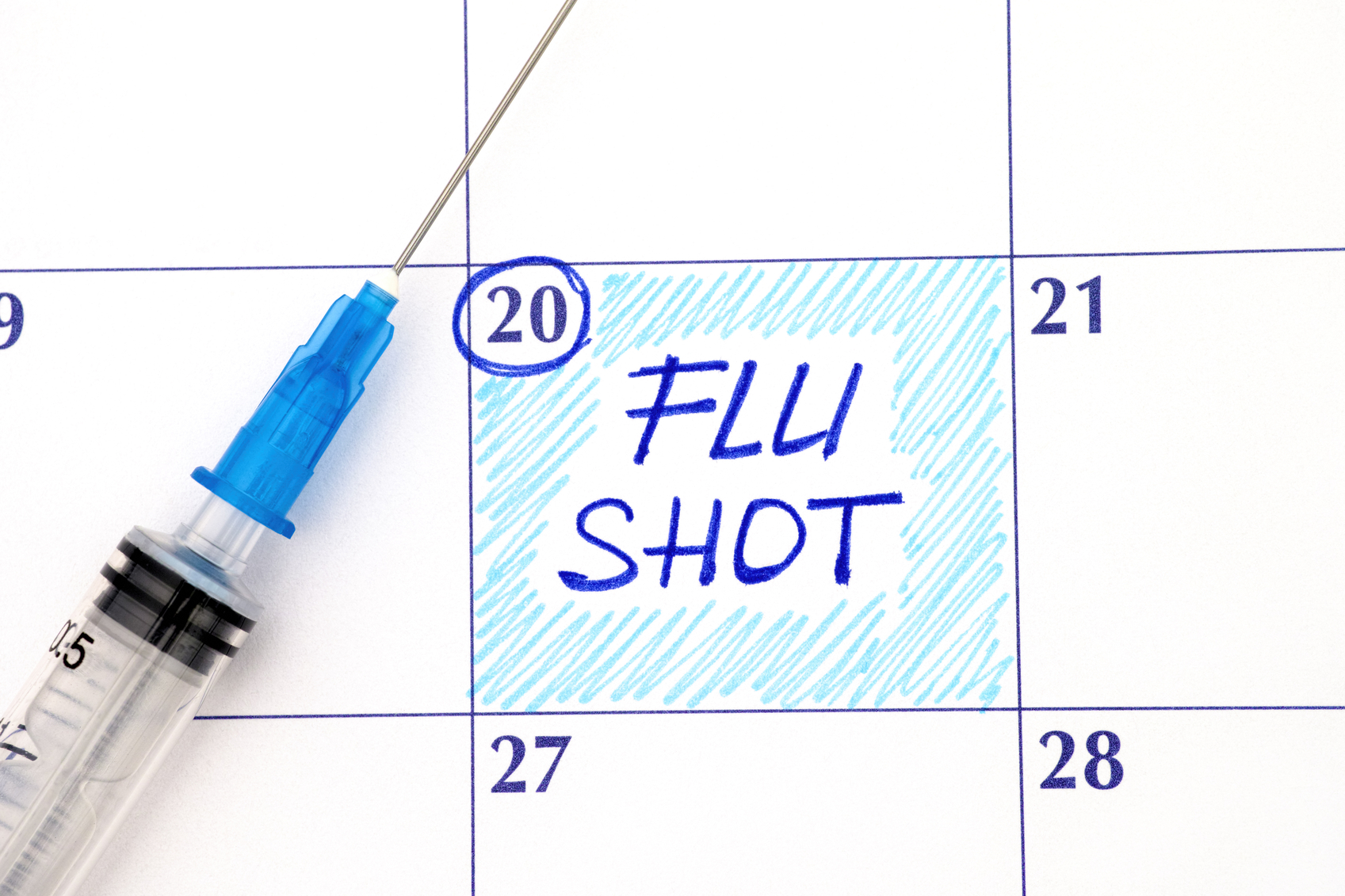 There are hundreds of viruses that can cause respiratory illnesses; influenza (the “flu”) is just one group of viruses which can cause mild to severe illness, and sometimes even death. Certain people — such as the very young or the very old, pregnant women, or those with chronic medical conditions like asthma, diabetes, or heart disease — are at greater risk for serious complications from the flu. Though the numbers fluctuate, the flu leads to hundreds of thousands of hospitalizations and anywhere from 3,000 to 49,000 deaths every year in the U.S., based on the numbers from the last few decades. How bad the flu season is depends a lot on the circulating flu viruses and whether the flu vaccine is well-matched, both of which usually change from year to year.

Typical flu symptoms come on quickly and include high fever, chills, headache, body aches, non-productive cough, and sometimes sore throat and stuffy or runny nose. Getting the flu vaccine at the beginning of the flu season (around October) is one of the best ways to protect yourself from this miserable illness. The CDC recommends routine yearly vaccination for everyone six months and older, unless they have had a previous serious allergic reaction to the influenza vaccine.

What if you have an egg allergy?

Because most influenza vaccine products are made with a small amount of egg protein, previous guidelines advised against using these vaccines in those with a severe egg allergy. This year, the Advisory Committee on Immunization Practices (ACIP) now states that people with egg allergies can receive influenza vaccines as long as they have never had a serious allergic reaction to the actual influenza vaccine or its other ingredients in the past. Specifically:

It turns out that anaphylaxis as a result of the flu shot is quite rare. Ten cases of anaphylaxis were reported among the 7.4 million trivalent inactivated influenza vaccines — vaccines that use killed viruses to protect against three strains (types) of flu — that were given alone, corresponding to a rate of 1.35 events per one million shots. These reactions may have been due to ingredients other than the very small amount of egg protein in the vaccine. Rare cases of anaphylaxis following the flu vaccine in patients with egg allergies have been reported. However, there are several studies of children and adults with egg allergies, including one review of over 4,000 patients, who were given trivalent flu shots and none developed anaphylaxis. Studies with live-attenuated influenza vaccine (FluMist) showed similar findings (though the FluMist is not recommended this year because of concerns of lower effectiveness).

Get your flu shot

So the good news is that if you have been avoiding the flu shot in the past because of an egg allergy, studies suggest that a severe allergic reaction to the flu vaccine is quite rare. So if you have never had a bad reaction to the flu shot itself, try to protect yourself this year by getting a flu shot now. Go to your doctor or hospital to get vaccinated. This way you can get prompt treatment in the unlikely event that you have an immediate severe reaction.