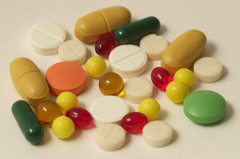 Walk into a pharmacy, grocery store, or vitamin shop and you’re likely to see dozens, if not hundreds, of vitamins, herbal remedies, and other so-called dietary supplements. You might think that someone, somewhere, tests these pills and potions to make sure they contain what they say, improve health as advertised, and are safe. But that isn’t happening.

Under the terms of the Dietary Supplement Health and Education Act of 1994 (DSHEA), supplements with established ingredients (meaning those that had been sold in the United States before 1994) can be marketed without any evidence that they are effective or safe. For new supplement ingredients, the DSHEA requires manufacturers to give the FDA evidence that a new ingredient should be safe. “Regrettably, this aspect of DSHEA has thus far not been enforced,” writes Dr. Pieter A. Cohen in a commentary in today’s New England Journal of Medicine.

Compare this hands-off approach with the strict rules and regulations for drugs. No drug can be sold until the FDA has proof clear proof that it is safe and effective. And every FDA-approved drug must be made to strict specifications.

From the safety, effectiveness, and truth in advertising standpoint, DSHEA hasn’t been a good watchdog for public health. Take “natural supplements” for erectile dysfunction. Since 2004, the FDA has pulled off the shelves more than two dozen of these products, with names like Stiff Nights and True Man, because they contained sildenafil (the active ingredient in Viagra), or a chemical cousin of it. Sildenafil in a dietary supplement is a problem because 1) sildenafil isn’t a naturally occurring compound, 2) it is an FDA-regulated drug, and 3) when taken with heart drugs called nitrates, it can lower blood pressure to unsafe levels—but the supplements don’t carry a warning about this, as sildenafil does.

Last July, the FDA proposed some rules to help it test new ingredients. This is a good first step, but the FDA’s plan doesn’t go far enough, argues Dr. Cohen, an assistant professor of medicine at Harvard Medical School whose research has explored the use of dietary supplements. Under the FDA’s plan, companies can give the FDA historical data to support the safety of an ingredient. Data from clinical trials would be better, and easier to evaluate. The plan also doesn’t require companies to give the FDA unfavorable data (as is required for new drug applications).

Americans spend more than $25 billion a year on dietary supplements. Many people take supplements because they believe they are safer than drugs (since they are “natural”), or work better. The safer part has been challenged numerous times. Remember ephedra, a widely used weight-loss supplement that was banned after it was linked to deaths and adverse side effects? And solid clinical trials routinely knock down the effectiveness of dietary supplements for stopping the common cold (vitamin C), shrinking an enlarged prostate (saw palmetto), and preventing heart disease (beta carotene and vitamin E). In fact, high daily doses of vitamin E have been linked with an increased risk of prostate cancer, respiratory infection, and heart failure.