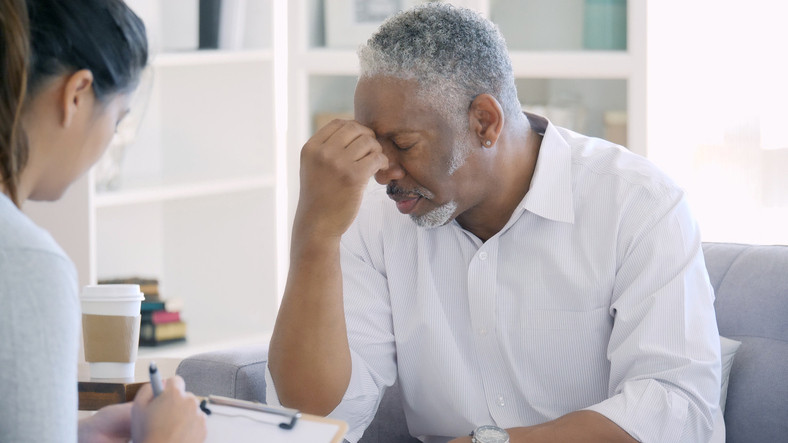 Over the past few months, we have all seen the results of significant disruption to daily life due to the COVID-19 pandemic, high levels of unemployment, and civil unrest driven by chronic racial injustice. These overlapping waves of societal insult have begun to bring necessary attention to the importance of health care disparities in the United States.

Direct links between stress, discrimination, racial injustice, and health outcomes occurring over one’s lifespan have not been well studied. But a recently published article in the journal Hypertension has looked at the connection between discrimination and increased risk of hypertension (high blood pressure) in African Americans.

It has been well established that African Americans have a higher risk of hypertension compared with other racial or ethnic groups in the United States. The authors of the Hypertension study hypothesized that a possible explanation for this disparity is discrimination.

The researchers reviewed data on 1,845 African Americans, ages 21 to 85, enrolled in the Jackson Heart Study, an ongoing longitudinal study of cardiovascular disease risk factors among African Americans in Jackson, Mississippi. Participants in the Hypertension analysis did not have hypertension during their first study visits in 2000 through 2004. Their blood pressure was checked, and they were asked about blood pressure medications, during two follow-up study visits from 2005 to 2008 and from 2009 to 2013. They also self-reported their discrimination experiences through in-home interviews, questionnaires, and in-clinic examinations.

Discrimination is a chronic stressor that has been proposed to contribute to adverse health outcomes, including hypertension. Discriminatory acts may directly impact hypertension via the stress pathway, triggering a rise in hormones that cause blood vessels to narrow, the heart to beat faster, and blood pressure to rise. Discrimination may also contribute to the development of hypertension through unhealthy behaviors, such as unhealthy eating or sedentary lifestyles. People may even avoid seeking medical care due to concern that they will experience discrimination in a medical setting.

Disparities are evident across health indicators

Racial and ethnic health disparities are reflected in a number of national health indicators. For example, in 2002, non-Hispanic Blacks trailed non-Hispanic whites in the following areas:

In addition, non-Hispanic Blacks had substantially higher proportions of deaths from homicide, and children and adults who were overweight or obese, compared to non-Hispanic whites.

Many factors contribute to health inequities

For African Americans in the United States, health disparities can mean earlier deaths related to development of chronic disease such as diabetes, hypertension, stroke, heart disease, decreased quality of life, loss of economic opportunities, and perceptions of injustice. In our society, these disparities translate into less than optimal productivity, higher health care costs, and social inequity.

It is clear that multiple factors contribute to racial and ethnic health disparities. These include socioeconomic factors such as education, employment, and income; lifestyle factors like physical activity and alcohol intake; social and environment factors, including educational and economic opportunities, racial/ethnic discrimination, and neighborhood and work conditions; and access to preventive health care services such as cancer screening and vaccination.

The solution to health disparities for African Americans is certainly within our societal grasp. It requires leadership at a state and national level, appropriate resource allocation, and larger and more focused clinical investigation.