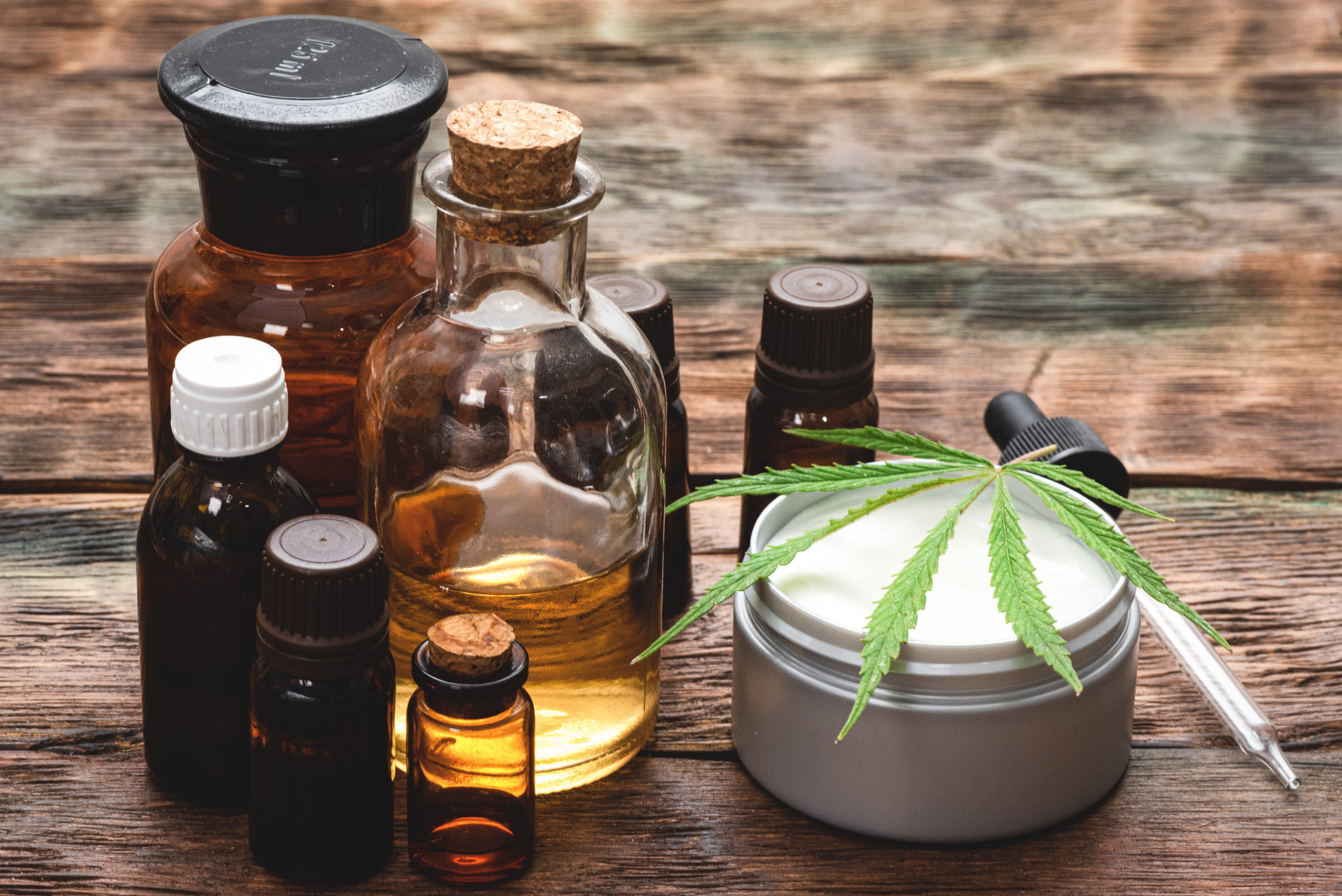 In the span of a few years, the component of cannabis called CBD (cannabidiol) went from being a relatively obscure molecule to a healthcare fad that has swept the world, spawning billions in sales, millions of users, CBD workout clothing, pillowcases, hamburgers, ice cream — you name it. The concerns of such a rapid adoption are that enthusiasm might be soaring high above the actual science, and that there are safety issues, such as drug interactions, that are given short shrift in the enthusiasm to treat chronic pain, insomnia, anxiety, and many of the other conditions that CBD is believed to help alleviate.

Cannabis, however, consists of about 600 different molecules, some 140 of which are called cannabinoids because they work on our body’s endocannabinoid system — a vast system of chemical messengers and receptors that help control many of our most critical bodily systems such as appetite, inflammation, temperature, emotional processing, memory, and learning. It was only a matter of time until new cannabinoids were discovered and commercialized.

What are some of these newer cannabinoids, and what is the evidence they may help us?

Unfortunately, much of the data for these newly discovered compounds comes from animal studies, so it is going to take some time — and high-quality research — to determine if the benefits that have been found in animals will apply to humans.

CBG, or cannabigerol, is a nonintoxicating cannabinoid that is being marketed for the alleviation of anxiety, pain, infection, inflammation, nausea, and even the treatment of cancer. It has a wide variety of potential medical uses, but virtually all of the studies that have been done on it have been done in animals, so it is difficult to fully extrapolate to humans. Experiments in mice have shown that it can decrease inflammation associated with inflammatory bowel disease, and that it can slow the growth of colorectal cancer. In cells, it inhibits glioblastoma multiforme cells (the type of brain cancer that Senator John McCain suffered from).

CBG has also been shown to act as an antimicrobial against many different agents, including the difficult-to-treat MRSA bug that causes so many hospital-acquired infections. Additionally, CBG is an appetite stimulant, and it may help treat bladder contractions. Currently, one main danger in its use lies in the lack of regulation and standardization that accompanies the entire supplement industry in this country, so it isn’t always guaranteed that you are getting what you think you are getting — and this is true for all of the substances discussed in this post.

THCV, or tetrahydrocannabivarin, is potentially exciting because it may support efforts to treat our obesity and diabetes epidemics. There is robust animal data that it lowers fasting insulin levels, facilitates weight loss, and improves glycemic control. In a 2016 study published in Diabetes Care, THCV was shown to significantly improve fasting glucose, pancreatic beta cell function (the cells that make insulin and that ultimately fail in diabetes), as well as several other hormones associated with diabetes. In both animals and humans, it has been well tolerated without significant side effects. In places like Israel, where the study of cannabinoids is far more advanced than the United States, strains with high levels of cannabinoids such as THCV (and low levels of THC) are being cultivated so that they can be studied.

The cannabinoid CBN, or cannabinol, is present in trace amounts in the cannabis plant, but is mainly a byproduct of the degradation of THC. Marijuana that has been sitting around for too long has a reputation for becoming "sleepy old marijuana" — purportedly because of higher CBN concentrations in it, though there are other plausible explanations for this phenomenon. CBN is widely marketed for its sedative and sleep-inducing qualities, but if you review the literature, it is interesting to note that there is virtually no scientific evidence that CBN makes you sleepy, except for one study of rats that were already on barbiturates, and who slept longer when CBN was added. This isn’t to say that CBN doesn’t make people sleepy — as many people claim — just that it hasn’t been scientifically established yet.

Usually with claims about cannabinoids, there is some evidence, at least in animal studies, to back them. CBN does, however, have potential (though only in animal studies so far) to act as an appetite stimulant and an anti-inflammatory agent — both extremely important medical uses, if they pan out in humans. One recent study from Israel in humans demonstrated that strains of cannabis higher in CBN were associated with better symptom control of ADHD. We need more human studies before marketing claims about the benefits of CBN are supported by science.

Delta-8-THC is found in trace quantities in cannabis, but can be distilled and synthesized from hemp. It is increasingly being marketed as medical marijuana with less of the high and less of the anxiety that can come with this high. Unlike the other compounds discussed here, Delta-8-THC is an intoxicating cannabinoid, but it has only a fraction of the high that THC causes — and less of the accompanying anxiety and paranoia. It is thought by users to alleviate many of the same symptoms that cannabis can, making it a potentially attractive medicine for people who want little to do with the high of cannabis. It is thought to be especially helpful for nausea and appetite stimulation. There is some evidence (albeit from a very small study of 10 children) that suggests delta-8-THC may be an effective option to prevent vomiting during chemotherapy treatments for cancer. While the claims for delta-8 are intriguing, there are no good human studies to substantiate its efficacy or safety, so we need to take the marketing claims with a grain of salt. Production is not regulated and some adverse effects and unintentional poisonings have been reported.

There is renewed interest in cannabis research

As acceptance of medical cannabis is growing — currently, 94% of Americans support legal access to medical cannabis — the one thing that virtually everyone agrees on is the need for further research into cannabis and cannabinoids: their benefits, their harms, and the ways we can develop and safely use them to improve human health. We are in the midst of an incredibly exciting time, with new discoveries occurring daily in cannabinoid science, and I am eager to see what the future holds. However, just as we’ve learned from our experiences with CBD, we need to be patient and filter our enthusiasm through the calm lens of science. Most of all, we need to be smart consumers who can find the true benefits amidst the complexity of political agendas and marketing claims that seem to accompany all things related to cannabis. 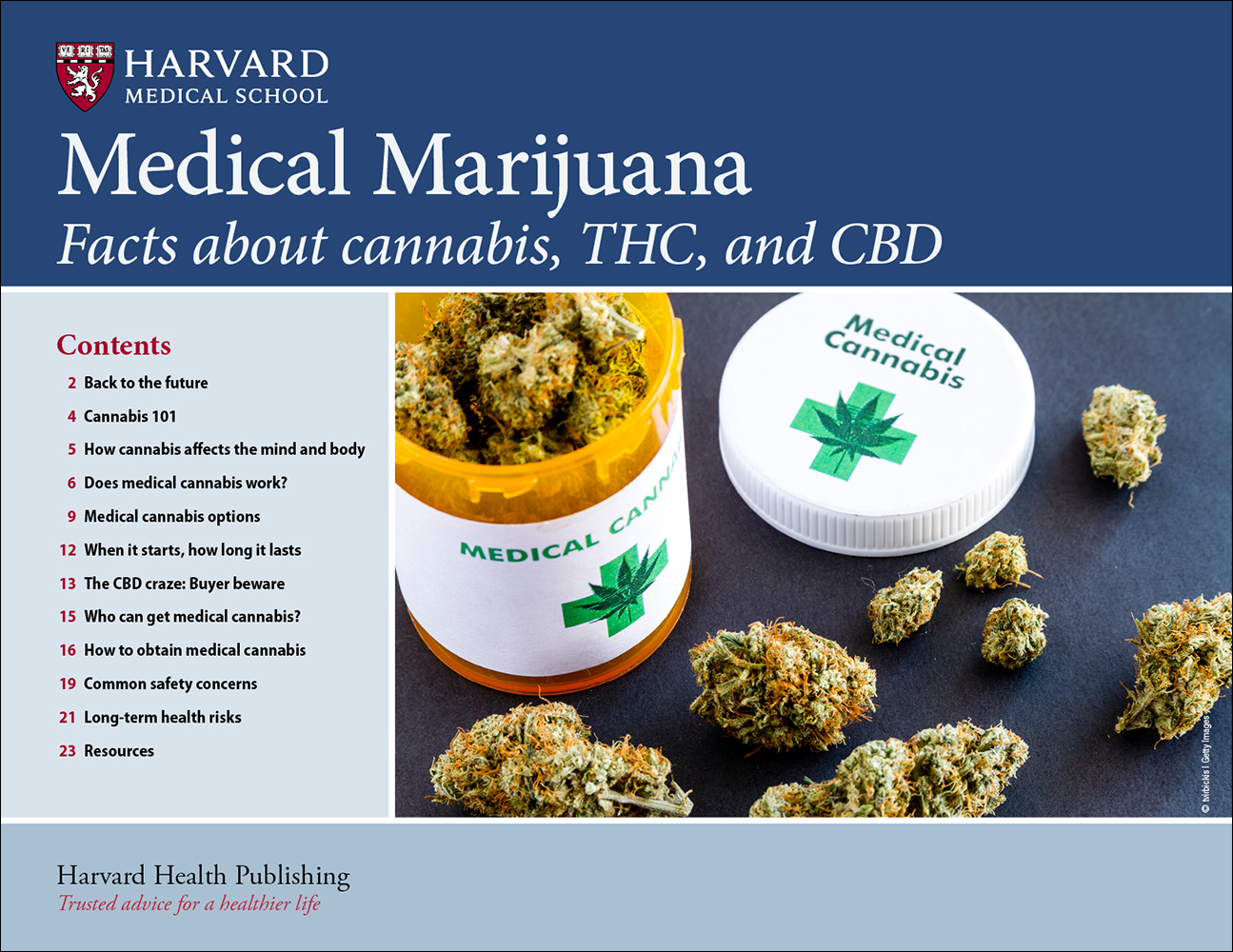