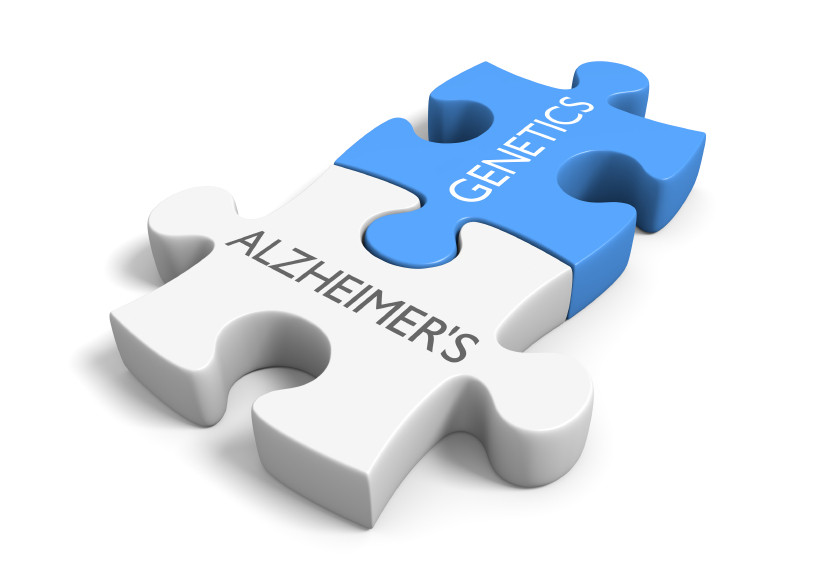 Alzheimer’s disease often strikes fear in people’s hearts because it gradually erodes a person’s ability to remember, think, and learn. There is no cure, and available treatments alleviate symptoms only temporarily. An estimated 5.3 million Americans currently have Alzheimer’s disease, yet this brain disorder is far less common than heart disease. More than 85 million people in the United States are living with some form of cardiovascular disease or the after-effects of stroke, which also affects brain function.

Many people don’t realize that Alzheimer’s and heart disease share a genetic link: the apolipoprotein E gene, also known as ApoE. Genetic testing for ApoE — which is done mainly in research settings and isn’t yet widely available — cannot predict whether a person will develop Alzheimer’s disease, only whether they may be more likely than others to do so. The results of ApoE testing can be distressing for people who discover they carry a potentially a worrisome variant of the gene, but a recent Harvard study revealed a surprising silver lining.

The ApoE gene provides instructions for making a protein that transports cholesterol in the bloodstream. It comes in three different forms: e2, e3, and e4. Everyone inherits two variants, one from each parent. More than half of people in the general population have two copies of the most common variant, e3, which doesn’t appear to affect the risk of either heart disease or Alzheimer’s disease. The potentially problematic variant is e4. Having at least one copy of the e4 variant increases blood levels of both harmful LDL cholesterol and triglycerides by about 10 points. This translates to a slightly higher risk of cardiovascular disease.

“It’s a well-proven association. But the effect of the e4 variant on Alzheimer’s disease risk is stronger,” notes Dr. Kurt Christensen, instructor of medicine at Harvard Medical School. Exactly how the e4 variant is related to Alzheimer’s disease remains a mystery. But the variant seems to hamper the clearance of amyloid plaque, the clumps of protein found in the brains of people with Alzheimer’s. Amyloid plaque is thought to destroy brain cells, causing the disease’s devastating symptoms, says Dr. Christensen.

People who inherit one copy of e4 face a two-fold higher risk of developing Alzheimer’s than those without the e4 form. Those who inherit two copies of the e4 form have up to a four-fold higher risk. But it’s important to understand that these people won’t necessarily develop Alzheimer’s disease, and that people without the e4 variant can still get the disease. In fact, up to 60% of people with Alzheimer’s disease don’t have an e4 variant.

What the new study found

Dr. Christensen and colleagues recently published a study in the Annals of Internal Medicine that included 257 people who were interested in knowing their genetic risk of Alzheimer’s disease. Nearly 70% had a parent or sibling with the disease. All received information about their genetic risk of Alzheimer’s. But half were randomly assigned to get additional information about ApoE’s connection to heart disease, along with suggested strategies to lower their risk, including quitting smoking, eating a healthy diet, losing weight, treating high cholesterol, and exercising (with a doctor’s permission).

Among the people who had a higher risk based on their ApoE status, learning about the additional risk to their hearts actually reduced their distress, says Dr. Christensen. And over the following year, something even more unexpected happened: They made a number of healthy behavior changes, such as improving their diets, reducing their stress levels, and being more physically active. And while these habits haven’t been proven to help stave off Alzheimer’s disease, doctors generally agree that what’s good for the heart is good for the brain.

The findings offer reassurance that disclosing genetic information about possible health risks can be helpful — particularly when the knowledge comes with action-oriented suggestions about ways to lessen the impact of that risk.