The esophagus is the muscular tube that carries food through the chest, from the mouth to the stomach. Normally you don't feel it except when you are swallowing. However, if the inside lining of your esophagus becomes inflamed, you may experience pain or problems with swallowing. This inflammation of the esophagus is called esophagitis. 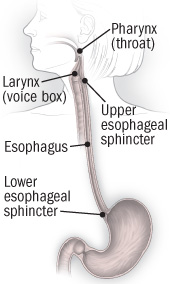 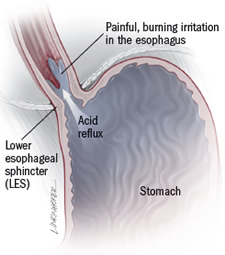 The main symptoms of esophagitis are:

The diagnosis often is made based on your symptoms.

Go for the joe

Coffee is packed with antioxidants, so don't be afraid to go for a refill. Be careful on the extras, though: a cup of black coffee delivers only two calories, but extras like cream and sugar quickly add up. A mocha Frappuccino from Starbucks, for instance, packs in more than 400 calories.