Awareness of the effects of concussions in children and adolescents has risen, along with the frequency of diagnosis. Researchers and other medical professionals are attempting to develop tools such as a risk grading scale, that might be used to better manage the injury and provide the most effective treatment. 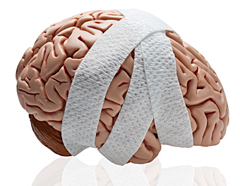